The following obituary appeared in 'The Cross' magazine in February 1958 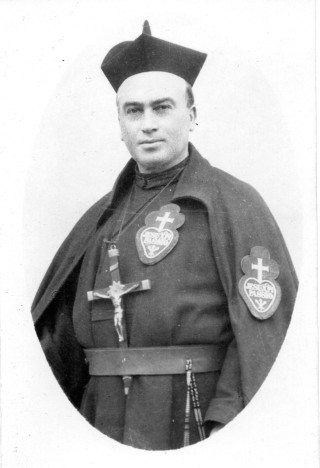 Father Eugene is dead.  A noble and well-loved priest has passed away and Mount Argus is immeasurably poorer for his passing.  He was the oldest Passionist in the world and had been a member of the Congregation for fourteen years before any of his brethren in the Province of St Patrick had donned the habit of St Paul of the Cross.  To His home the Lord has called one who, in a very special way, belonged to us – one who was part of the very fabric of the Province which was proud to claim him as its own.  Known in the world as Thomas Nevin, Father Eugene was born at Ballinakill, Co Galway in 1868.  He was professed in 1890 and ordained on September 22nd 1895.  During the sixty-two years that have passed since then, he served God and the Congregation with unflinching zeal and unimpeachable integrity.  Indeed the latter word – integrity – is perhaps the one which most readily springs to the mind when we think of the dead Passionist.

As a missioner, Father Eugene laboured not only in Ireland but in many parts of Great Britain.  Although for some years he had not been engaged in missionary work, he remained active almost to the end, taking his full share of confessional duty at Mount Argus, where his counsel was sought by the great and the lowly.

Many of our Northern readers will remember him as the first Rector of St Gabriel’s Retreat, The Graan, Enniskillen.  It was he who guided the destinies of that newly established foundation from 1909 till 1914.  Later he became Rector of Holy Cross Retreat, Ardoyne, Belfast.  In 1927, at the division of the Anglo-Hibernian Province, he chose to reside in Ireland, where he lived and labored ever since.

On September 22nd 1955 at St Paul’s Retreat, Mount Argus, Father Eugene had the great joy of celebrating the Diamond Jubilee of his ordination.  On that glad occasion we realised that his long and accurate memory was a treasure-house of good things, old and new.  He recalled the events and friendships of his early life, and spoke to us of the turbulent years of conflict in Ireland and of his close association with the national leaders of those days.  His friends included the brothers Pearse and many other notable personalities of the Easter Week Rising, to which he gave his strong moral support.  A few months before he died, Father Eugene engaged in correspondence with His Excellency the President of Ireland concerning matters of deep historical interest for students of Ireland’s ‘Troubled Times’.

Among his brethren of St Patrick’s Province, Father Eugene was the last link with the Servant of God, Father Charles of Mount Argus, with whom he lived and whom he remembered vividly.  Shortly after the official introduction of the Cause for Beatification of Father Charles, Father Eugene was one of the witnesses called to give sworn testimony regarding the life and virtues of the Servant of God.

With serene confidence in the Mercy of God and strengthened by the grace of the Last Sacraments, Father Eugene passed to his reward on December 20th 1957.  Solemn Requiem Mass for the repose of his soul was celebrated at Mount Argus on December 23rd by Very Rev Father Maurice, CP, Vice-Provincial. 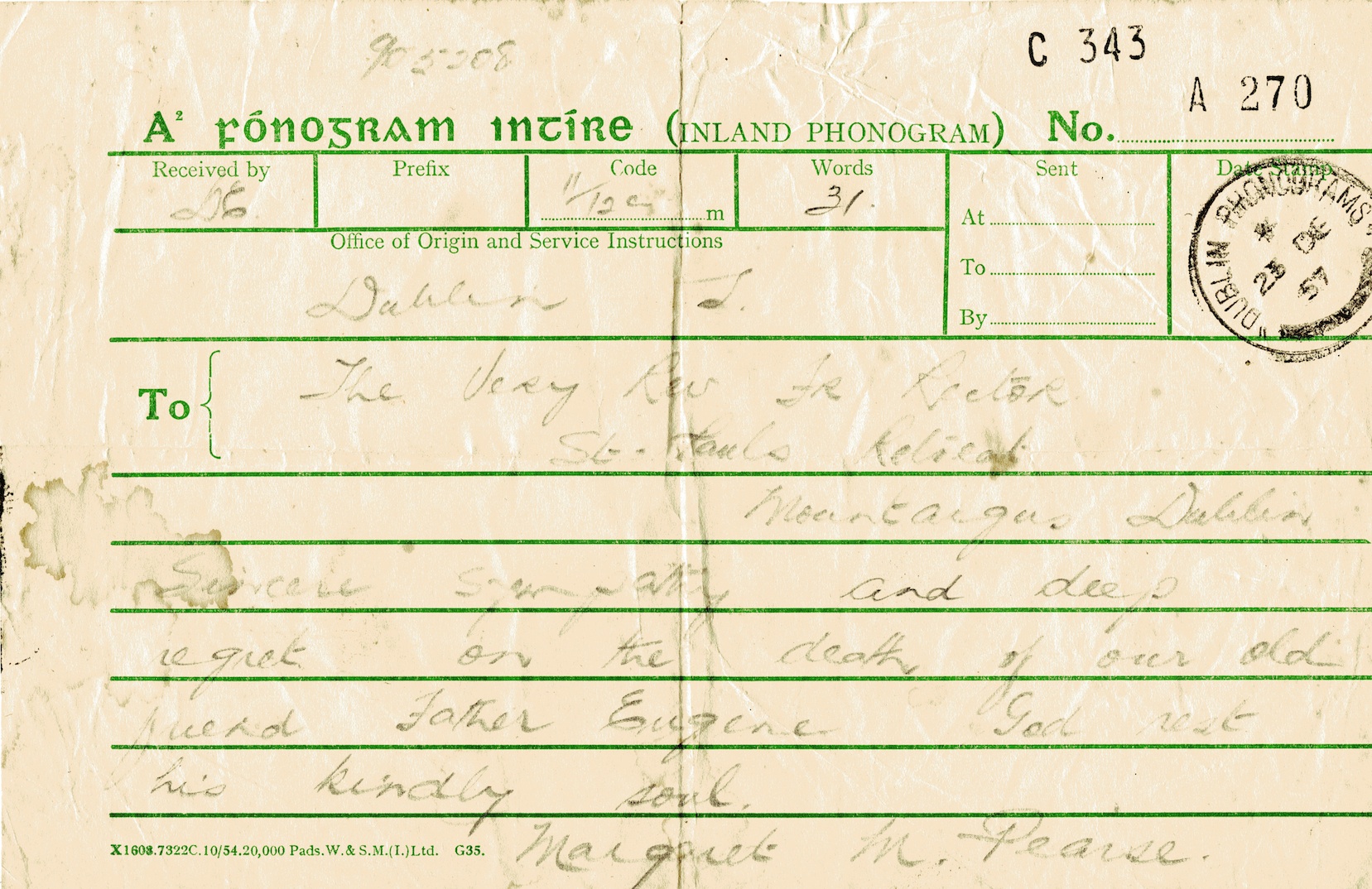 Telegram sent to Mount Argus by Margaret Pearse, on the occasion of the death of Fr Eugene.