You are here: Home>People>Fr Eugene Nevin CP>A Tribute to My Mother

A Tribute to My Mother 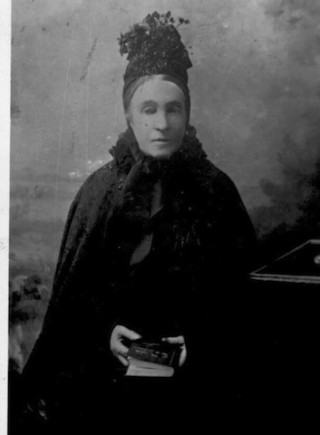 My father and mother were married in 1854, their respective ages being thirty-five and seventeen and a half – a big disparity in years, but it never interfered with the harmony and tranquility that always reigned supreme between them, for never did a happier pair live together….  In accordance with the general usage of the time, the girl after marriage continued to be known by her maiden name and was rarely if ever addressed by her proper title of Mrs – indeed her husband would hardly know who was spoken of if his own name with Mrs was used!

I was only nine years of age when my father died in 1877, a comparatively young man of sixty.  His mother, maiden name, Nappy Donlon, preceded him by only six months, aged ninety-five.  But my dear mother, Mary Anne McDonagh, had many years of widowhood, dying 24th November 1907 at the age of seventy-three.  A kindlier woman, I am sure, never existed and her “You’re heartily welcome” to every visitor still rings in my ears.  The eldest of five sisters and considered to be the beauty of her day, in maturity, even in old age, she retained the grace and attractions of youth.  Deprived at forty-three years of her life’s helper, with a family of eight, the youngest of whom – Sister Osmund – was only three years of age, the problems confronting her are by no means of a pleasant nature.  But with her great faith and her confidence in Divine Providence, she bravely faced the future, strong in the hope that Heaven would come to her assistance.  Her favourite and oft-repeated ejaculations were, “Welcome be the will of God!” and “Thanks and praises be to God for all his goodness!”  She was never for a moment idle, up and doing, whenever she saw anything to be done. Equal to all things, for all things fit, her industry extended far beyond the performance and the fulfillment of her household duties.

Solicitous at all times and in all things for the spiritual and temporal wellbeing of us her children, in illnesses, her loving kindness and anxiety mounted almost to distraction; every remedy was resorted to, no trouble was too great to be undertaken.  I fear that I above all others gave her most trouble for I was indifferent in health as a boy, often sick and requiring her constant attention.  I remember her taking me to a dear kind old Dr Geraghty at Loughrea whose remedy was immediately and permanently successful but whose parting words to her, overheard by me, were: ‘The boy is delicate and requires special care’. Yet here I am in old age, neither consoled nor complimented by Wordsworth when he wrote: ‘The good die first and those whose hearts are dry as summer dust, burn to the socket’.  Thanks be to God for giving me time to repair the past; and to my dear mother for her kind cooperation.