Very little is known of the history of Coolfin Castle but ‘in the Inquisitions taken at Galway 24th March 1608 before Geoffrey Osbaldstone Esq., Ulick (3rd Earl of Clanrickard) was seized of several lands and castles including the Castle of Coolfin (and 1 q.in Kynalehan) the a third of a q. near Coolfin…’ (Ref: Griffiths Valuation Name Books).

The Castle was therefore in existence prior to this date and from the remaining structure, the stonework detail would appear to date to the 16th century. Although locally it is believed to be built by the Knight Hospitallers at the time that they took over Kilnalahan Abbey from the Carthusians (c.1320 AD), the historical evidence quoted above and the dates evident from the remaining architectural fragments of the building show that this is not possible. 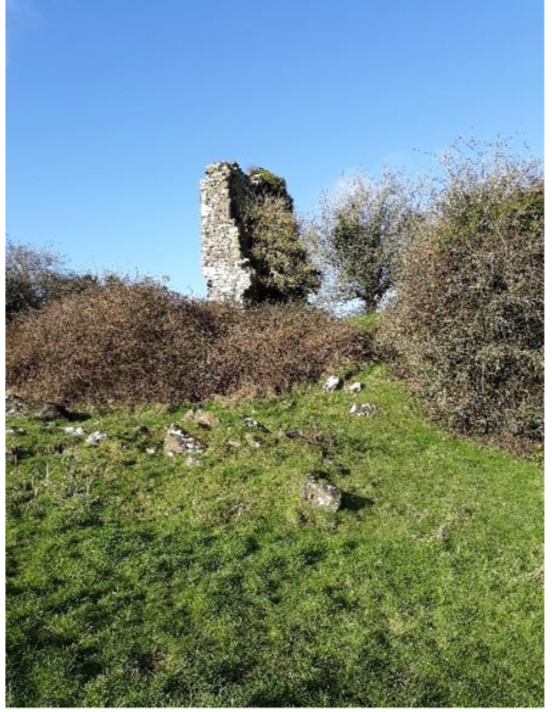 All that remains today of the structure is the west wall and adjoining partial sections of the north and south walls. The lower quoin stones have been robbed out of the two remaining corners. The ruins stand on a natural rocky prominence which gives a commanding view of the surrounding countryside illustrating the defensive purpose for which the castle was built.

A large opening in the current ground level of the remaining west wall may originally have been a window opening as internally there is a rectangular embrasure. Above this enlarged opening is a single ogee headed loop window with cut stone pocked surrounds. This is the last remaining intact opening in the building. The lower section of a similar loop opening is located above it in the upper floor close to the north-west gable and the lower section of a third is found in the south wall (on the same floor level as the fully intact example). 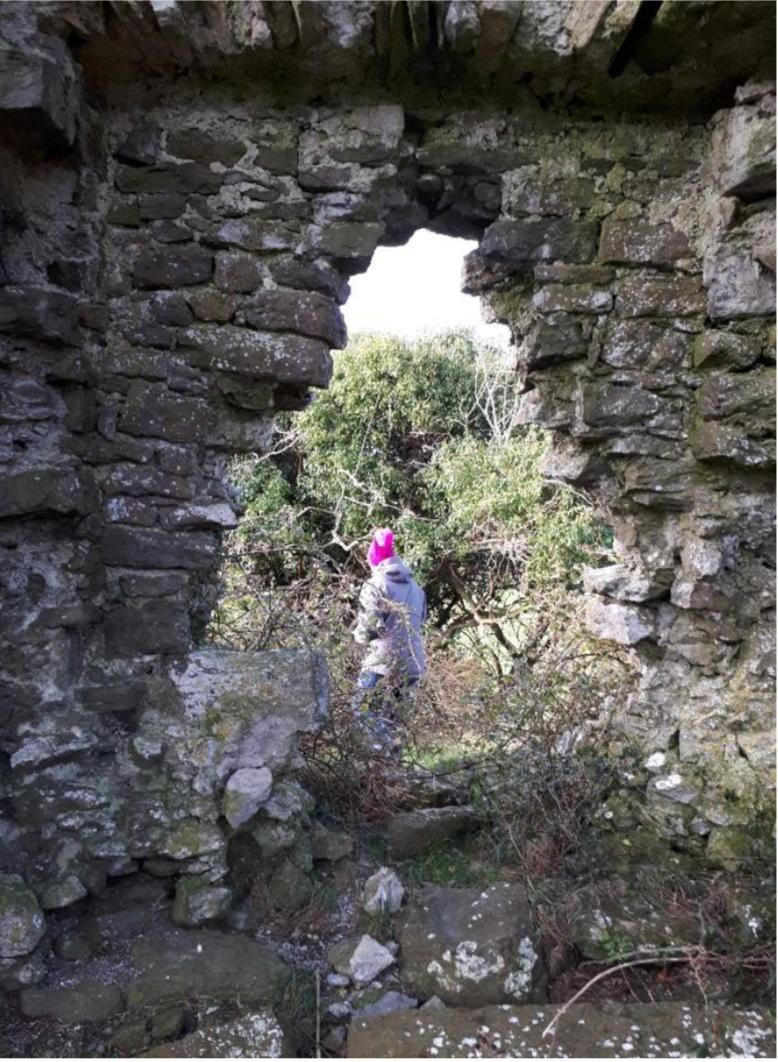 It is difficult to determine how many floors originally existed as the current ground level is filled with rubble and there is no evidence of an entrance doorway. The site is littered with loose stone and strong ivy growth hides the upper portion of the remaining south wall.

On the external lower portion of this wall, beneath the ivy, there is a large opening with a flat lintel and an arch of voussoirs above. The opening does not extend into the internal space. Its function is unclear but it may be the opening for a garderobe, although it is very large for such a function. The interior of the building is rock strewn and an elder tree is growing in the south-west corner. An internal wall cupboard is located in the south wall and a second in the west wall on the south side of the embrasure. 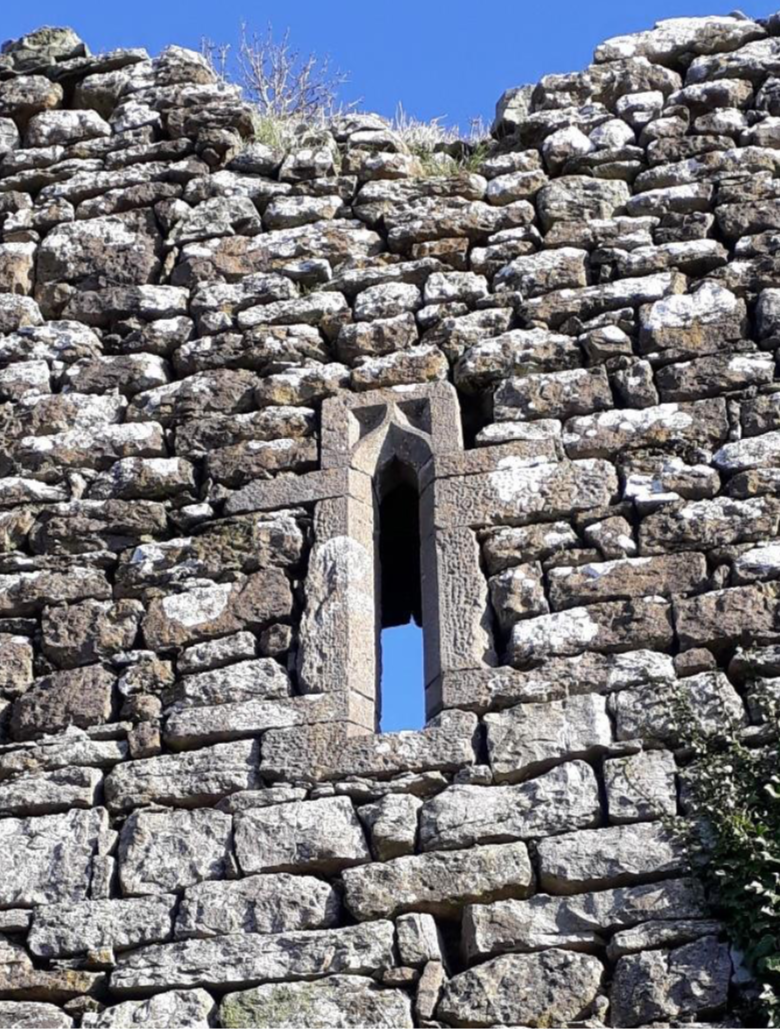