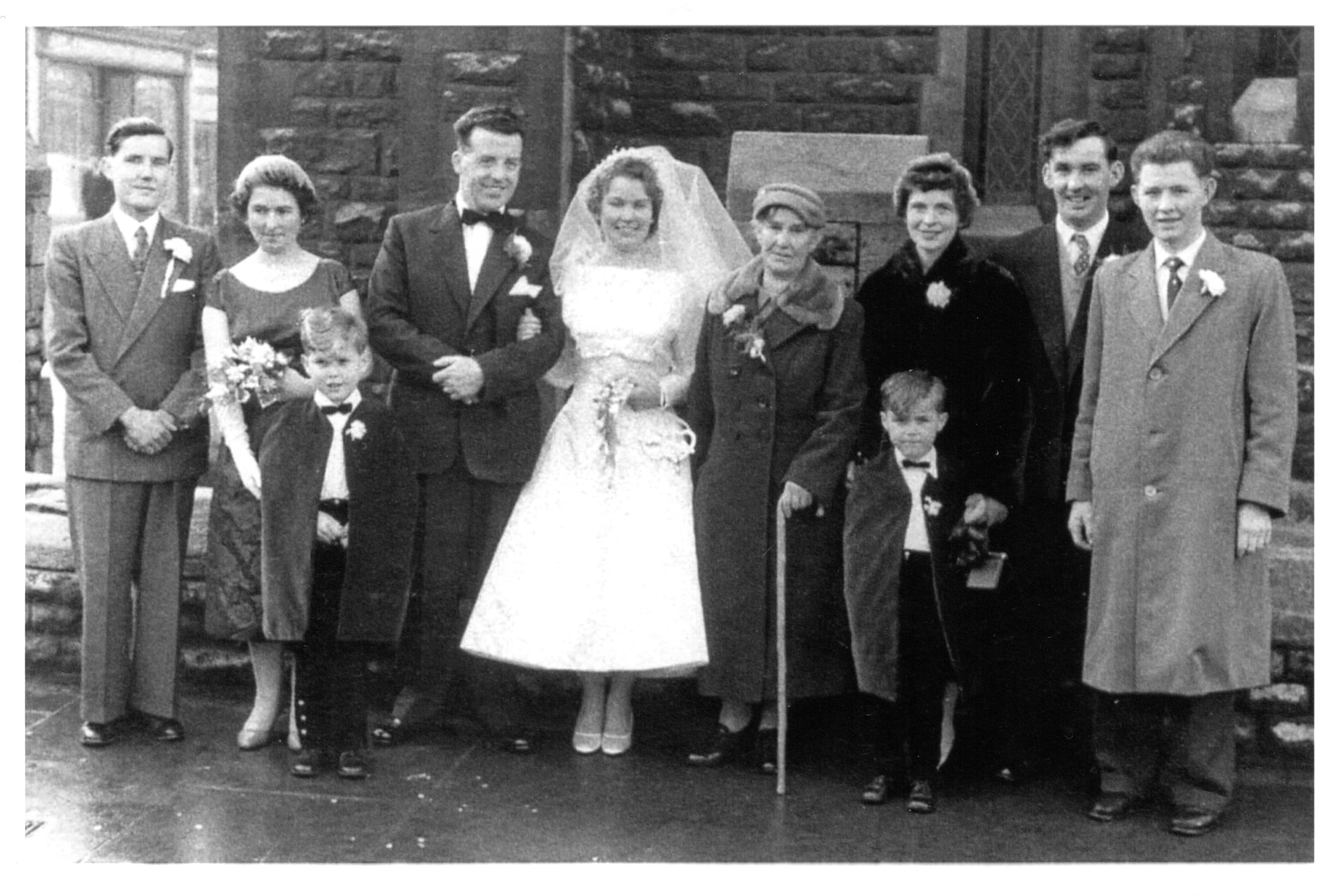 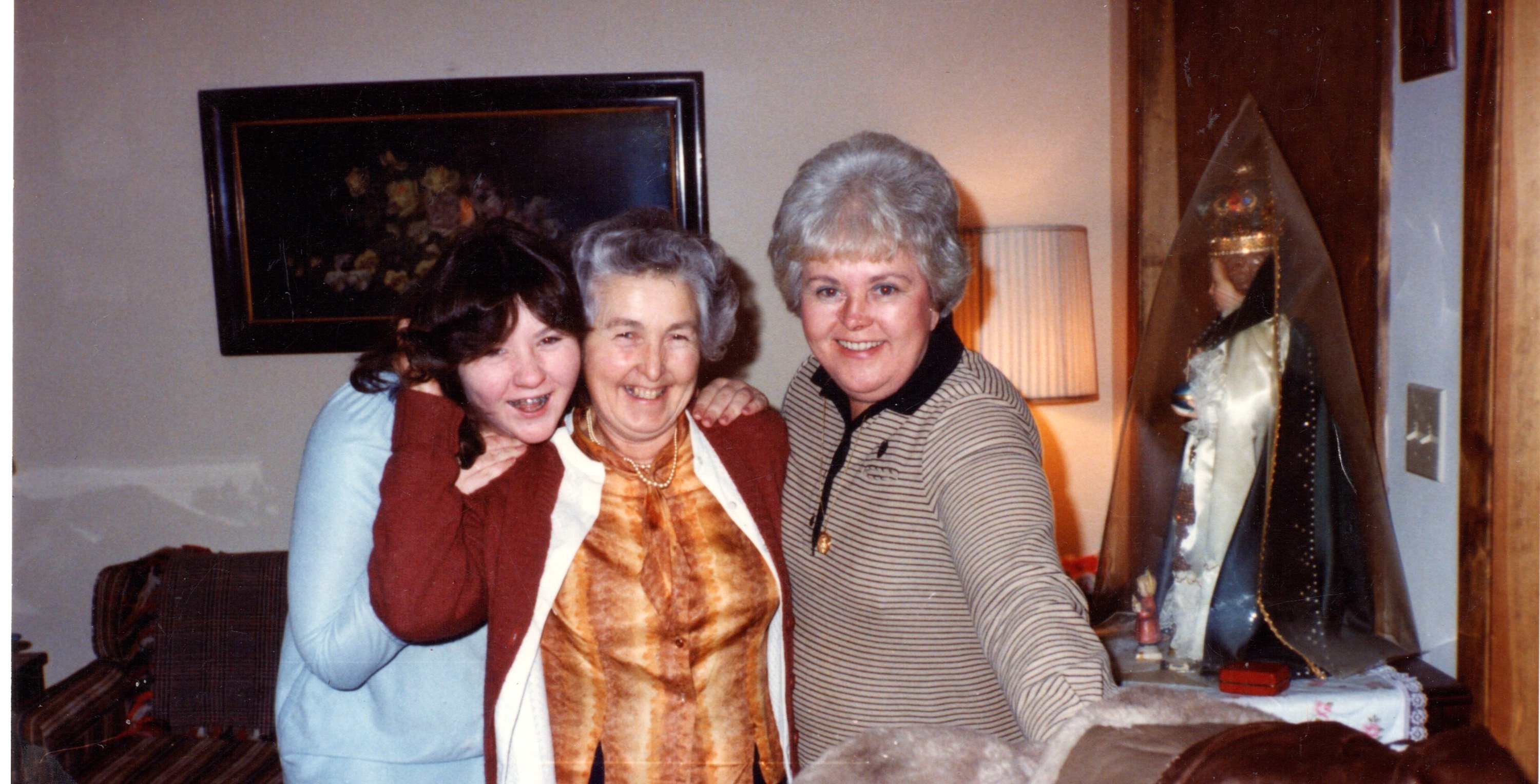 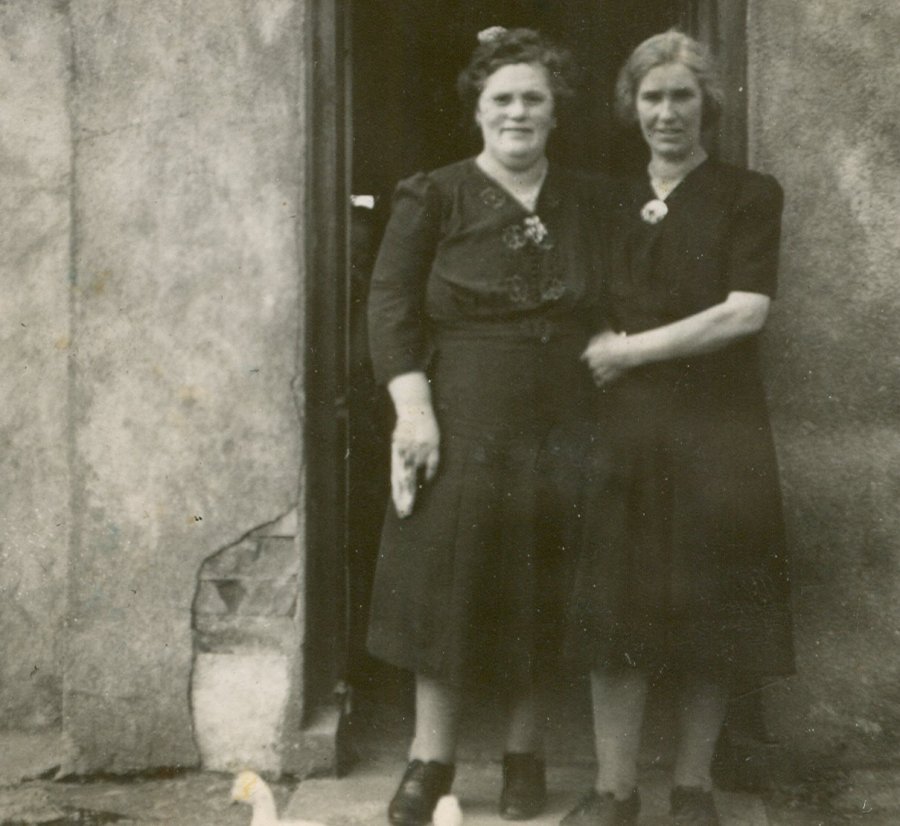 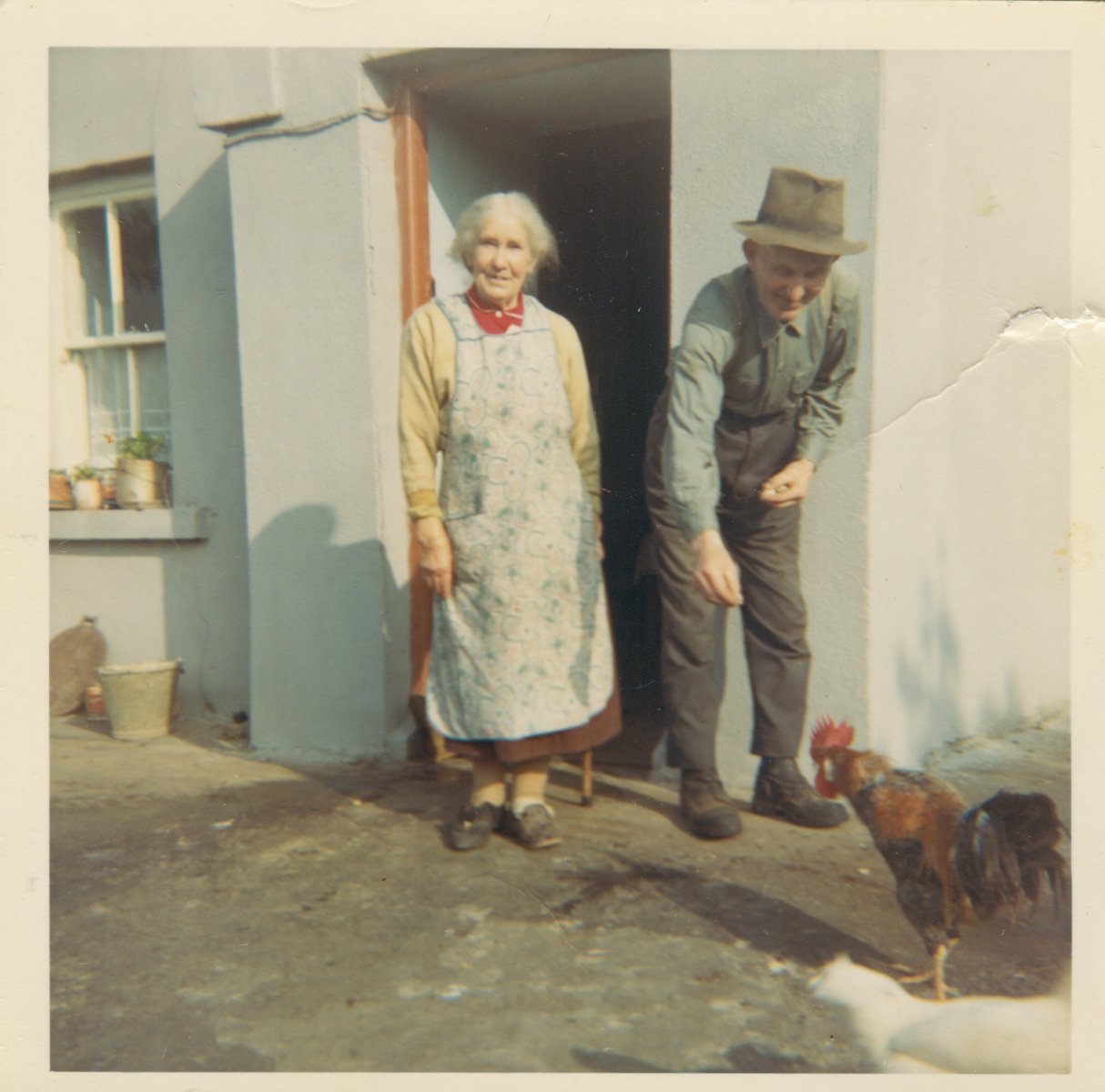 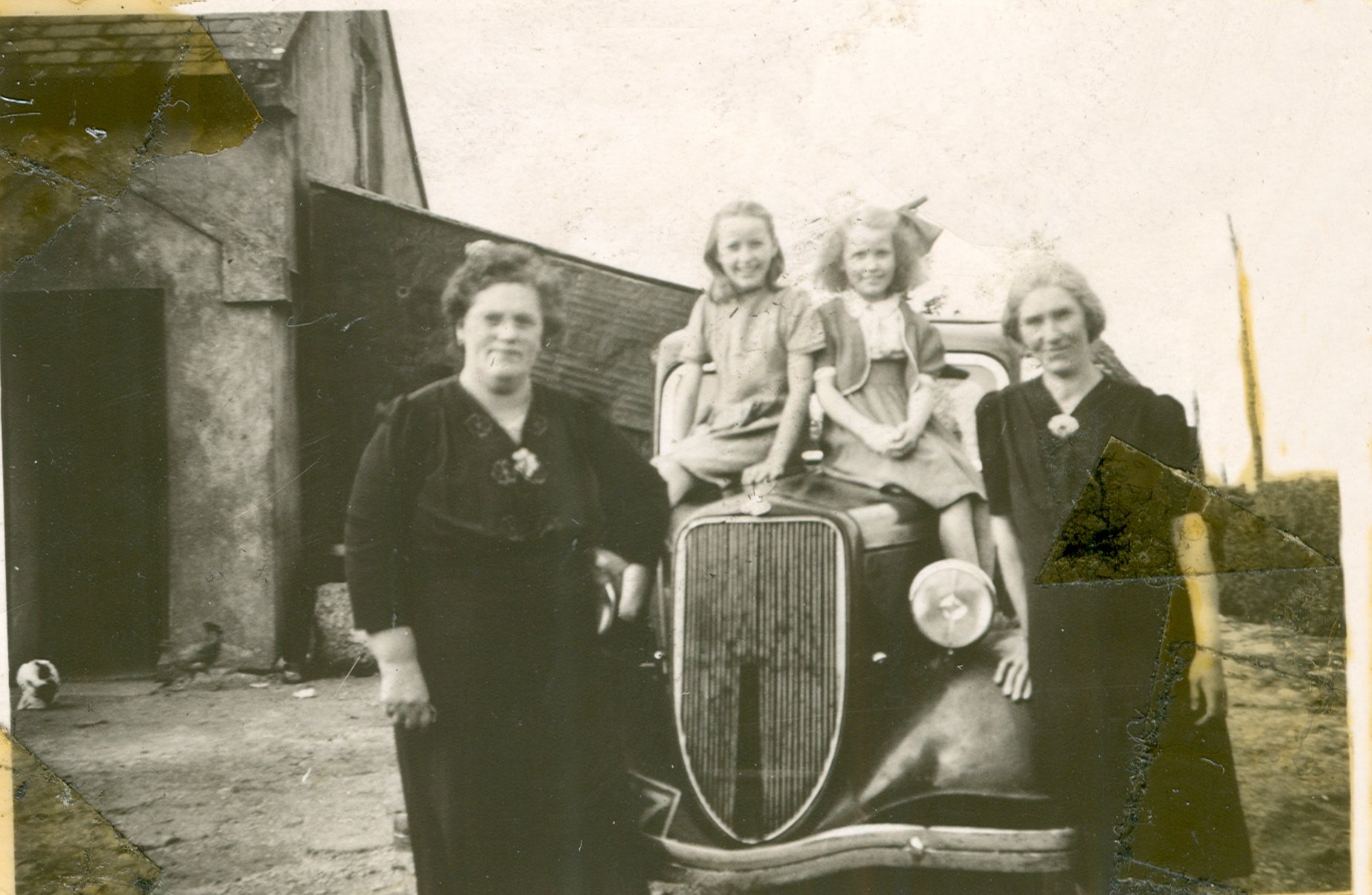 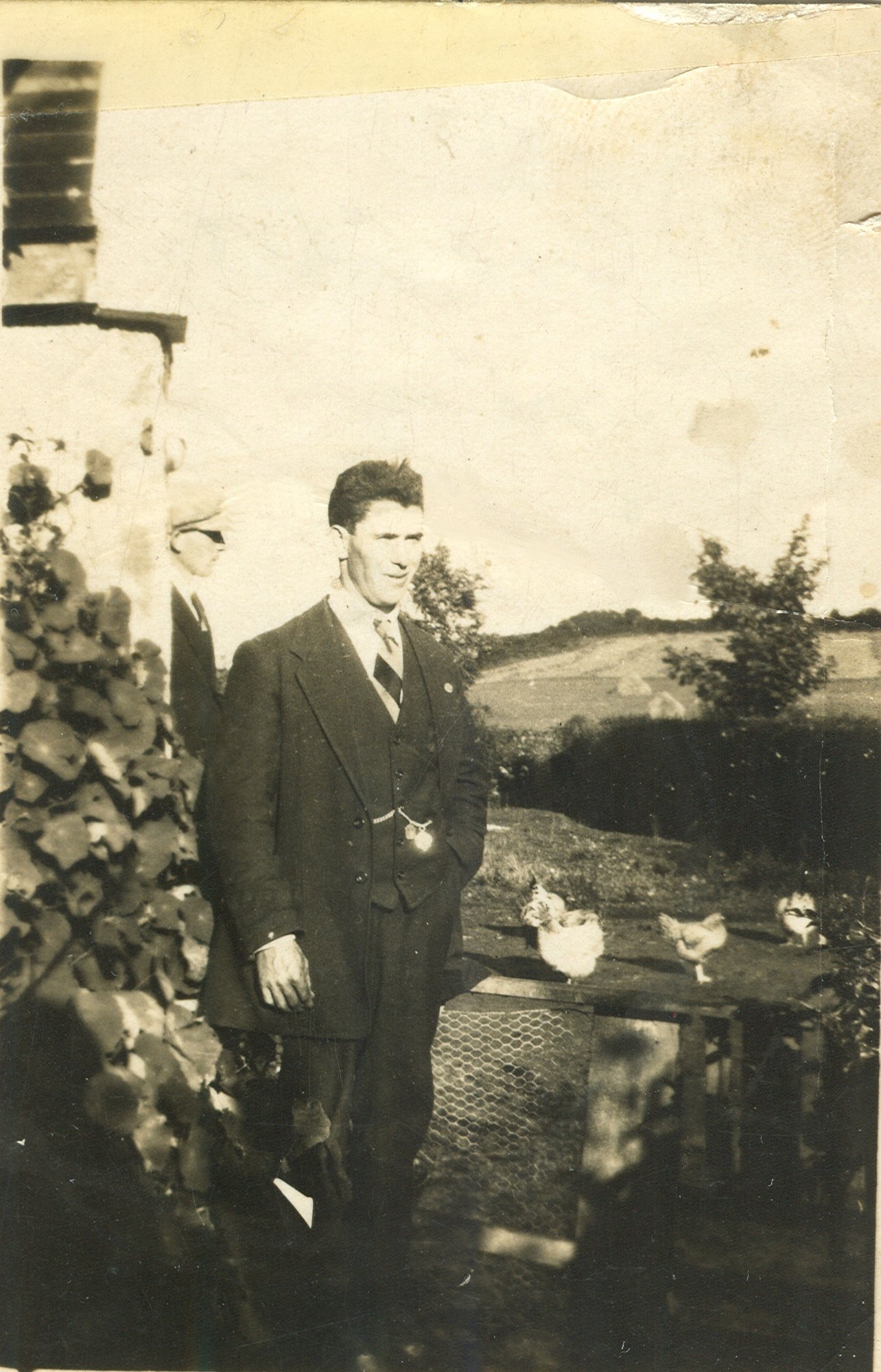 Paddy Hutchinson – on holidays in Abbey, proudly wearing his hurling medals on his watch chain. 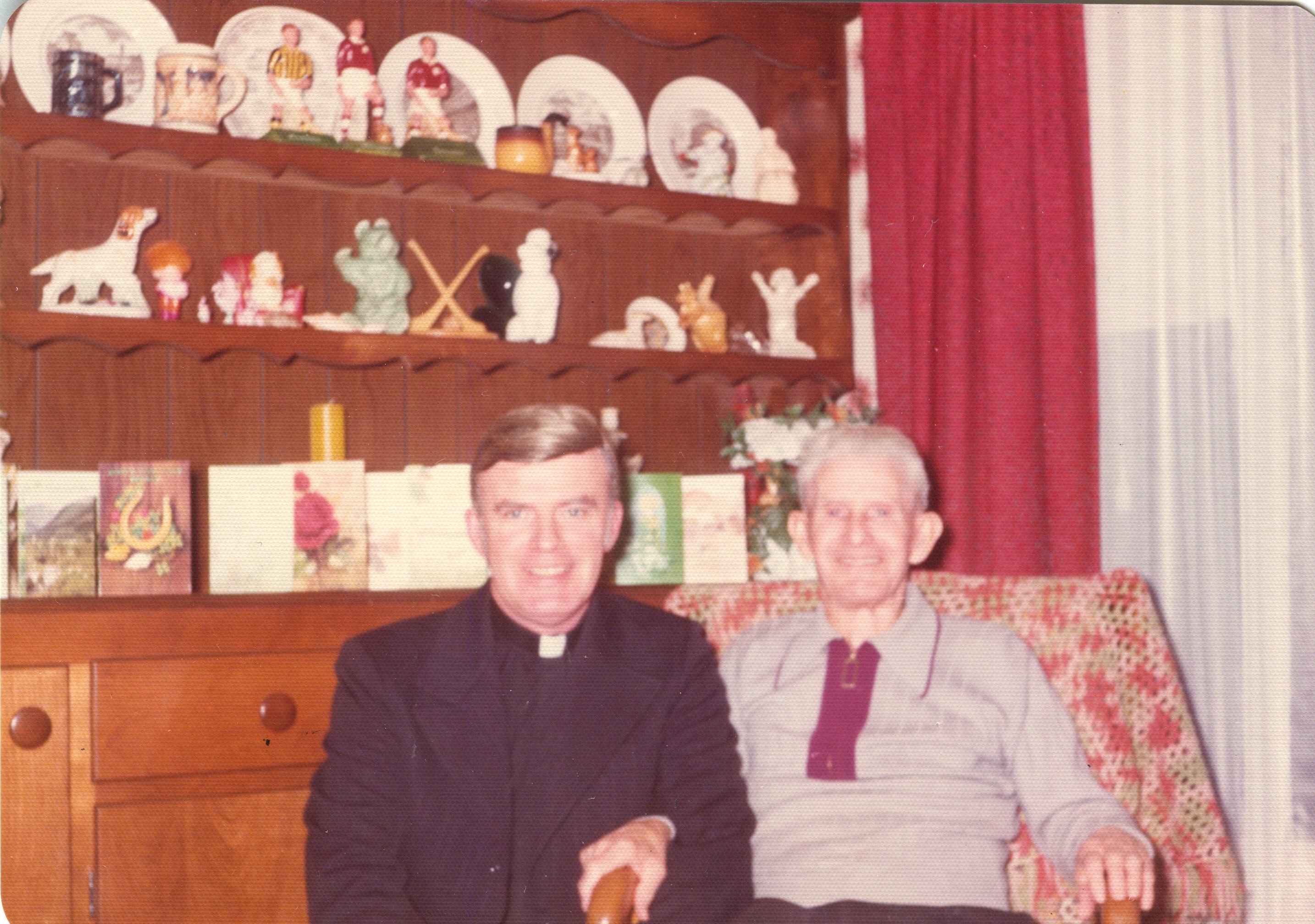 Fr James with his father Paddy Hutchinson taken in their USA home.