You are here: Home>People>A Galway Centenarian

News item from The Irish Independent 1913 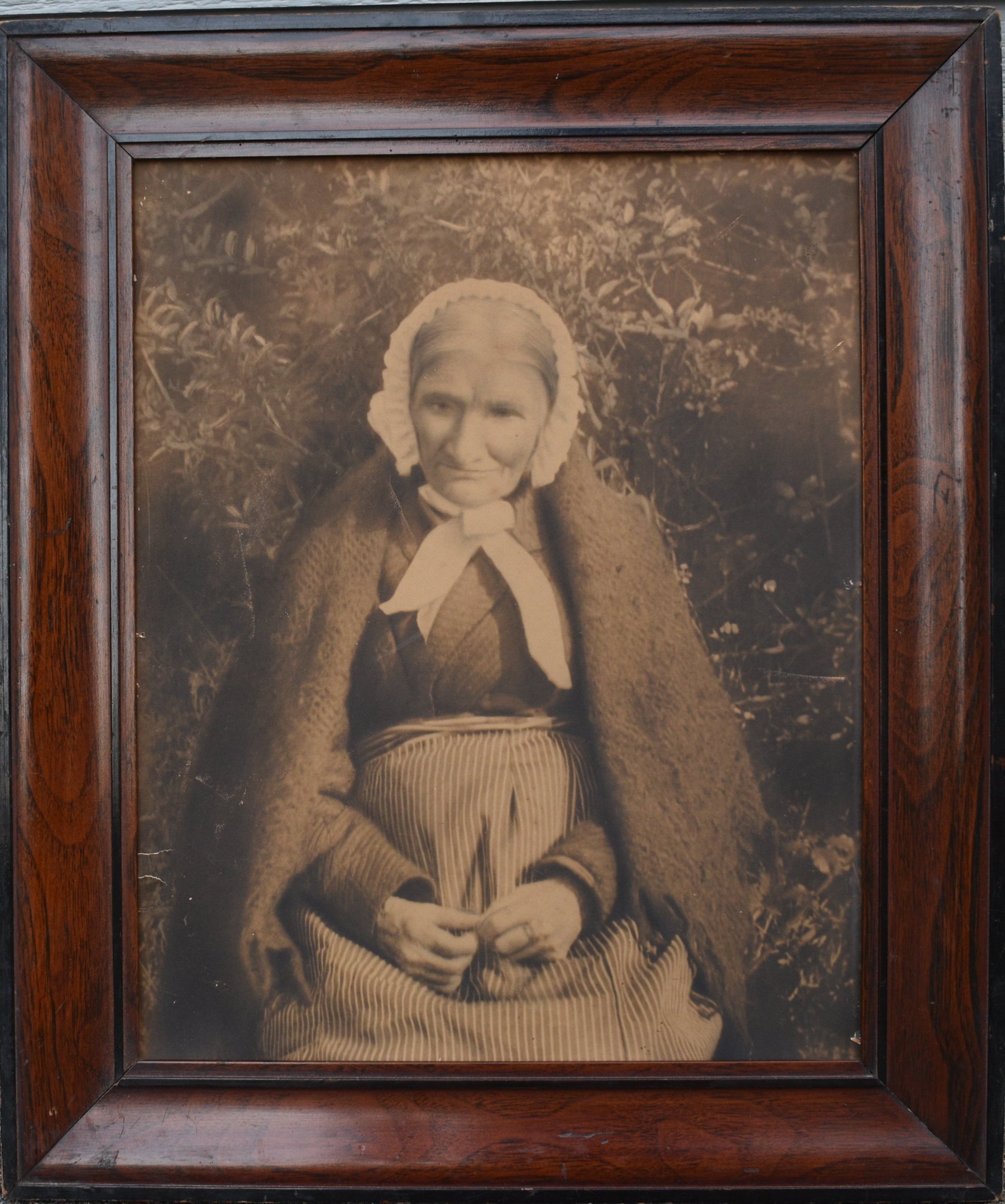 “Mrs Bridget Hutchinson, of Abbey, Loughrea, Co Galway, who has attained the marvellous age of 105 and is still as hale and hearty as “a slip of 50″.  Her eyesight is as good as ever, and she can still put a thread through the eye of an ordinary needle without the aid of glasses.  Her children, grandchildren, and great grandchildren are scattered over many parts of the globe.  This photo, taken last Friday, is the only one ever taken of the venerable lady.” 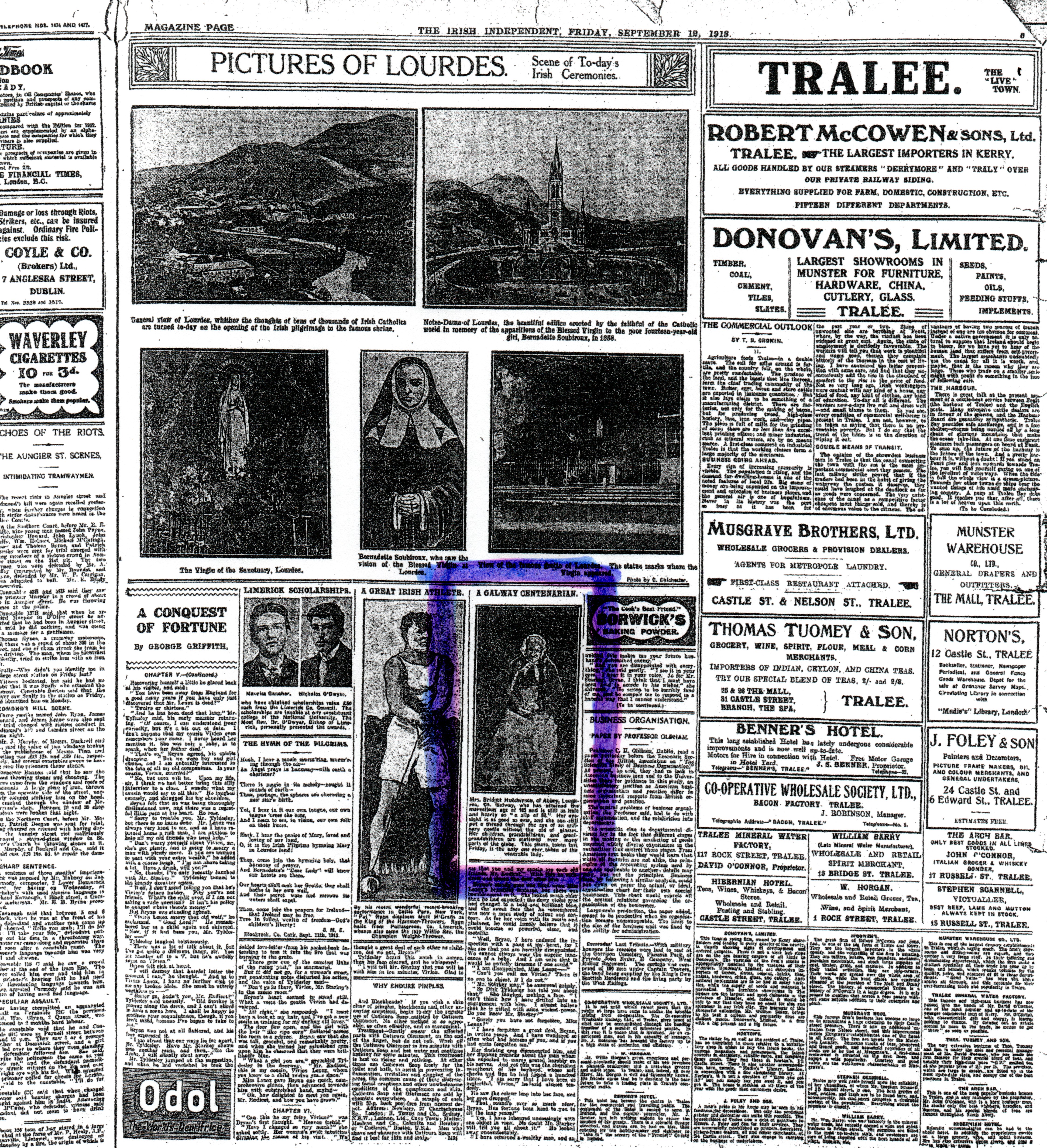 The photograph and news item above appeared in The Irish Independent on Friday 12 September 1913.  It would appear that the journalist/photographer visited the Hutchinson Family home in Abbey where this lady – Bridget Martin – lived with her daughter Mary and her son-in-law John Hutchinson.  By the time the item appeared in print, Mrs Bridget Martin was listed in error as Mrs Bridget Hutchinson, an understandable mistake, seeing that she was living in the Hutchinson household.  We know too that there appears to be an error in the age given, 105, as her death certificate, a few months later, in January 1914 records her age as 101 years.