You are here: Home>People>Pioneer Excursion 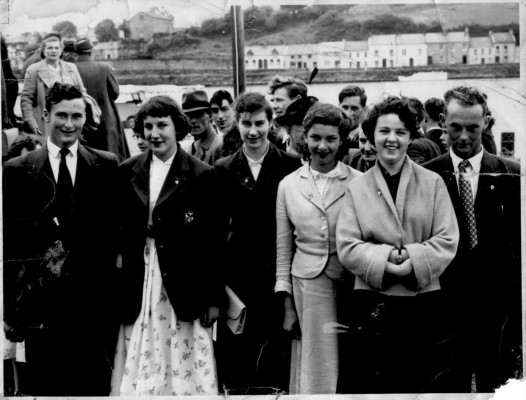 This photograph was taken in Killaloe when the group embarked from their boat trip from  Portumna to Killaloe.  The occasion was a pioneer excursion in 1958 organised by the local pioneer association.  Our picture shows members of the Abbey Group in the front row left to right:

If anyone can identify anyone in the background we will be glad to hear from you and to update our record.

Another photograph, courtesy Joan Larkin McGreal, shows a group of Pioneers who had participated in a Mummers’ event in Abbey on St Stephen’s day in the 1950s and who obviously organised another outing at a later date to celebrate the success of that event.