You are here: Home>People>Retreat at Cluain Mhuire

Fifty years ago parishes across Ireland held special Sodality Sundays each month.  In the parish of Abbey-Duniry one Sunday each month was allocated as Sodality Sunday for the men and women of the parish.  On Sodality Sunday you were expected to make a special effort to receive the Sacrament of Reconciliation, also known as Confessions, to attend Mass and to receive Holy Communion.  Each ‘Station Area’ in the parish was assigned a special area in the Church with its own banner and people were expected to take their seats in their own section on Sodality Sunday.  In this parish, men always sat on one side of the Church and women on the other!  There were Sodalities attached to the Churches in Abbey and in Duniry and young people in particular were encouraged to join their Sodality as a way of keeping them in close touch with the teachings of their Catholic religion and the reception of the Sacraments of Reconciliation and Eucharist.

In the late 1960s the men from the parish of Abbey-Duniry were encouraged to attend a week-end enclosed Retreat to be held in the former Redemptorist Monastery of Cluain Mhuire in Galway city, now part of GMIT.  This was organised by the Redemptorists priests who still have a Monastery in Esker.  The Retreat started on a Friday afternoon and ended on the Sunday evening. 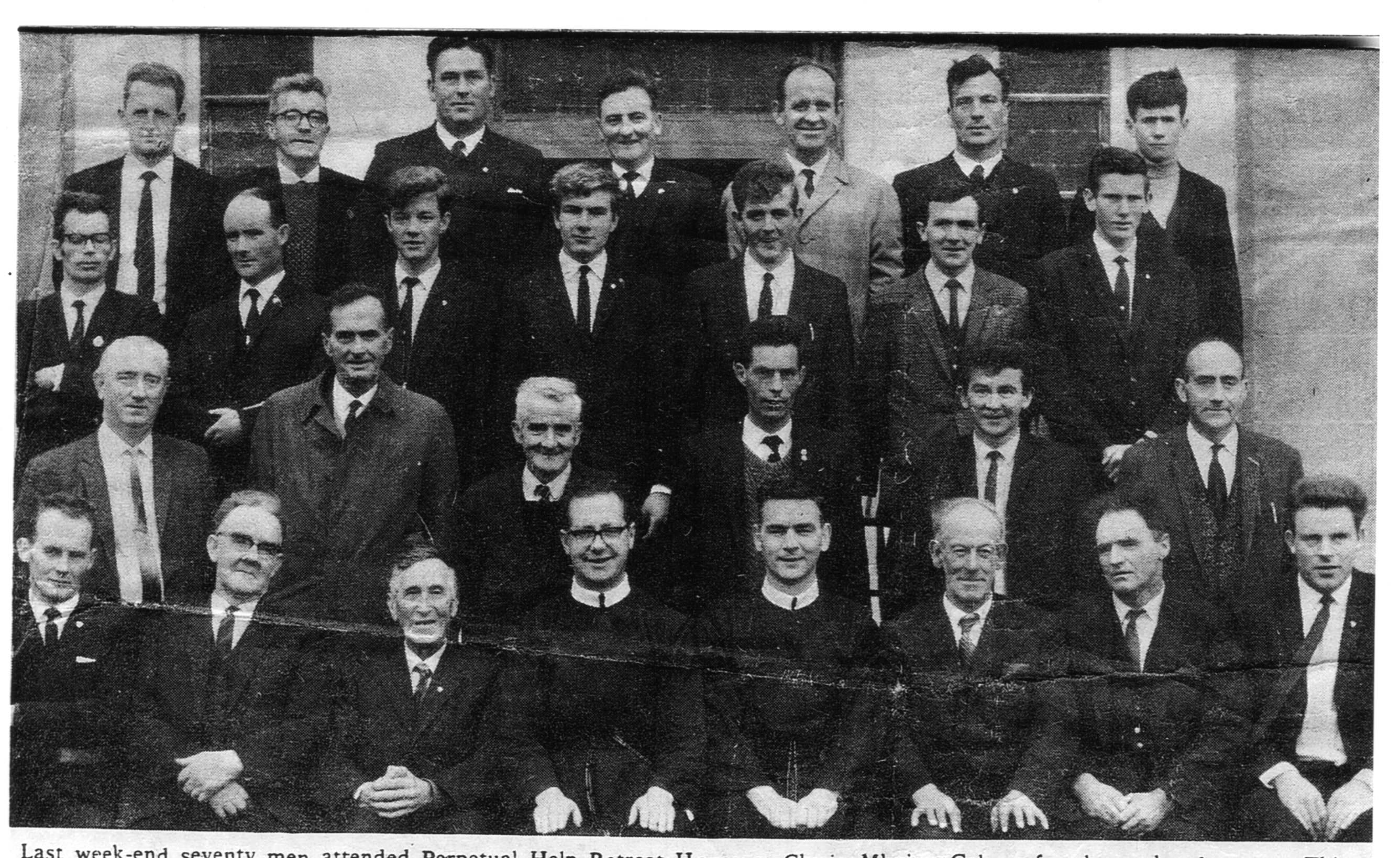