You are here: Home>People>Remembering Mary Wright

Her parents were Bridget Hutchinson and Michael Slattery.  Michael came from Lissinard, Tynagh and the family lived in the Hutchinson family home in Abbeyville, later moving to Abbey Village. 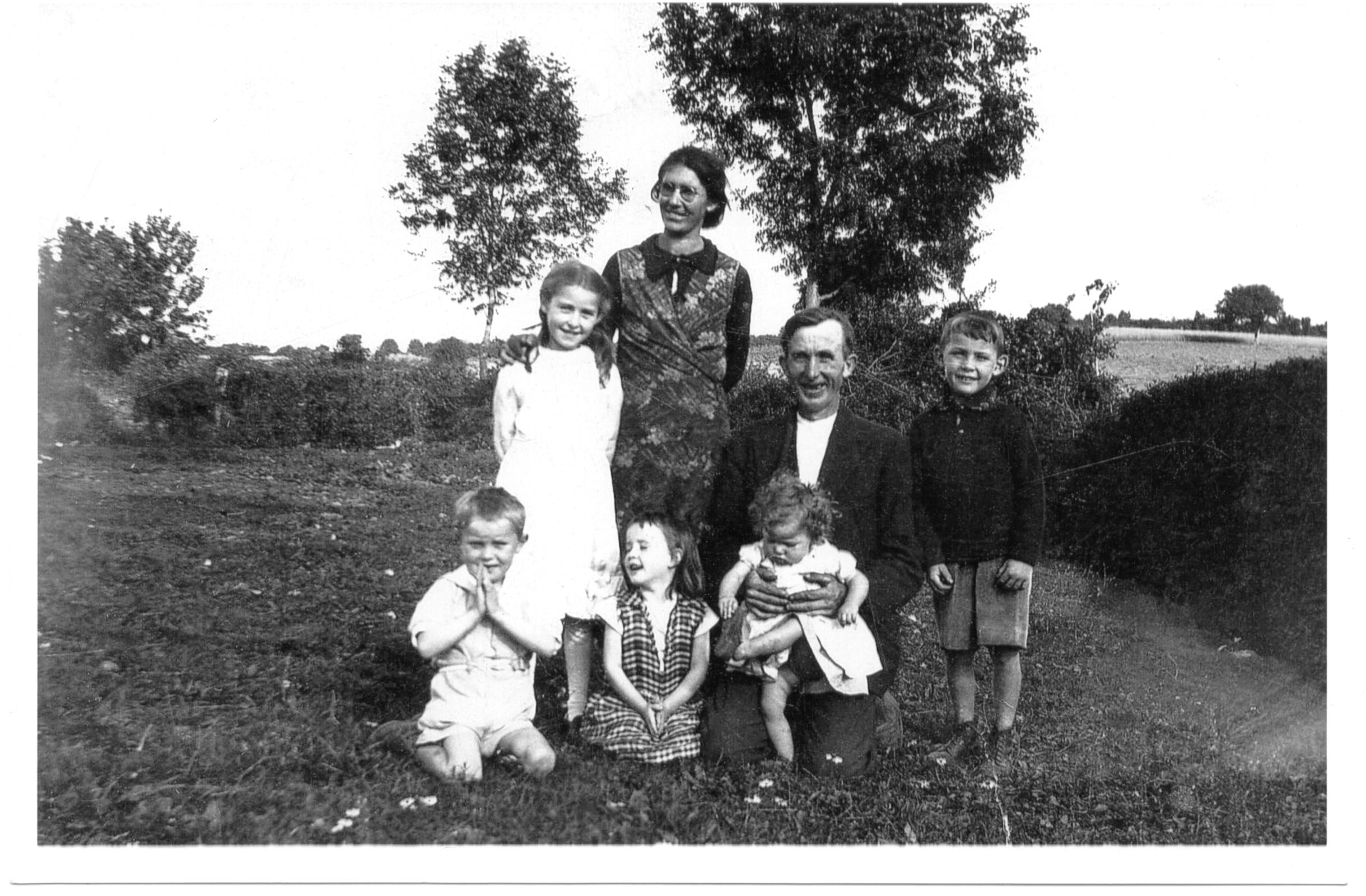 Mary Slattery with her parents Bridget (standing) and Michael (kneeling) and her four siblings – John standing and in front Michael, Bridie and Josie.

Mary Slattery applied for nursing for the yet to be formed NHS in the  UK.  After passing the initial tests she was accepted for nursing training at Addenbrooks, Cambridge for the 3 year training course to achieve her SRN qualification.  Her final examination was on 22 March 1951 and Mary became an SRN the following month.  Mary married Alan Wright in June 1950 and they lived in Ridge Road, Kempston, Bedford for the whole of their lives. 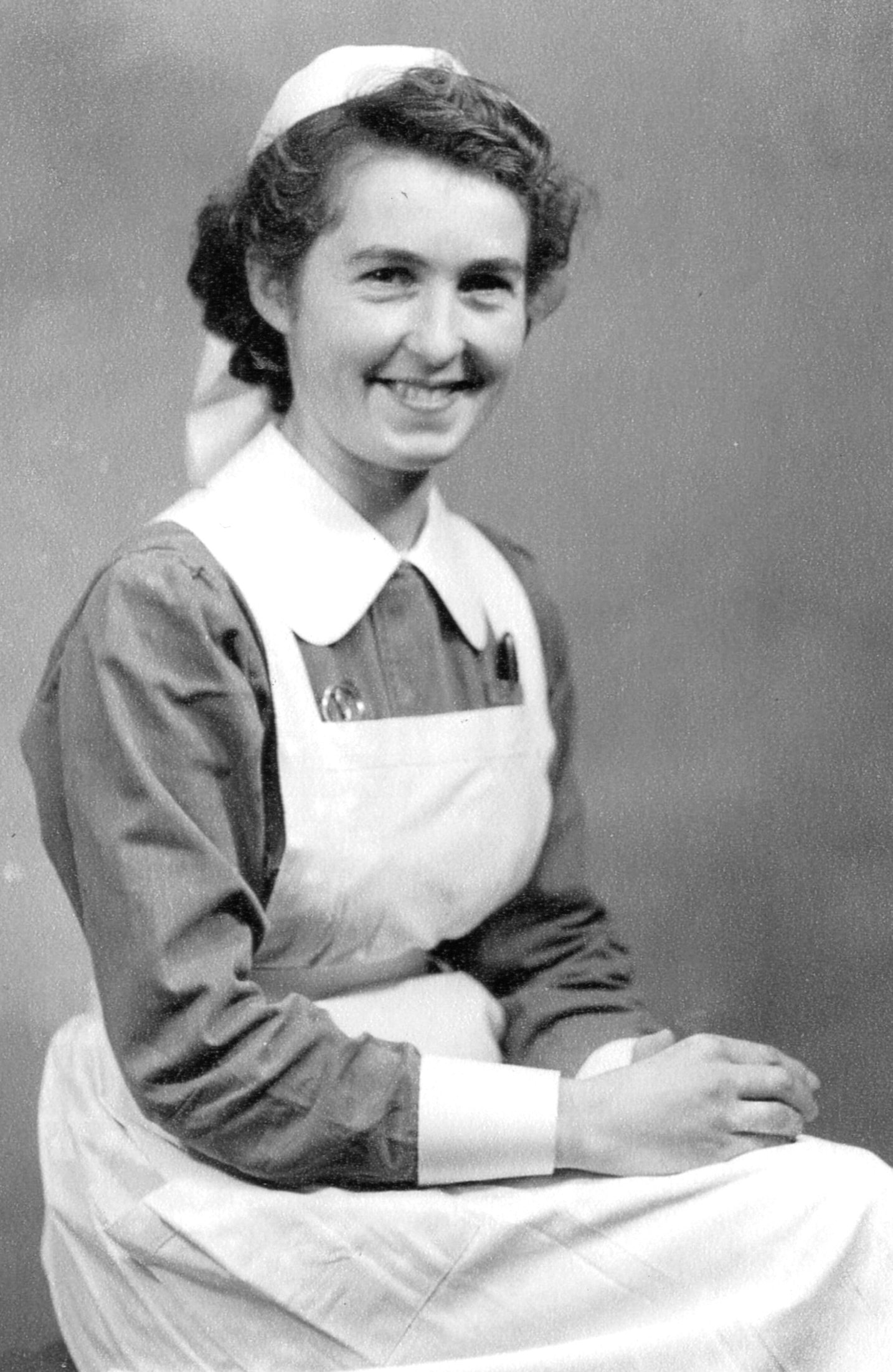 Mary kept close links with Ireland and was also happy to entertain any Irish connections visiting the UK and these included many visiting priests and other relatives from Ireland.

Mary never forgot her roots and continued to visit Abbey frequently, bringing her own family to see their grandparents. 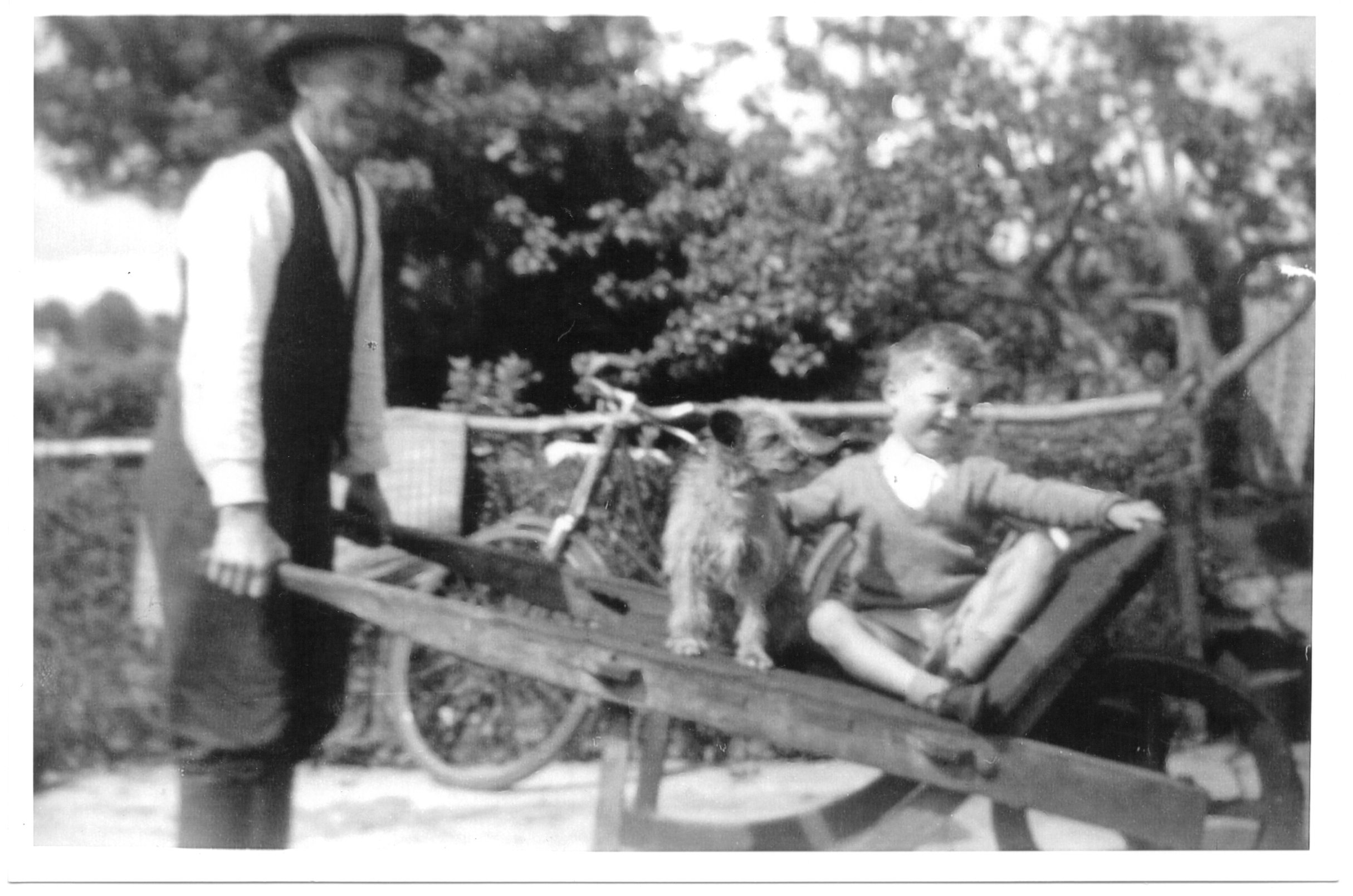 Mary’s father, Mick Slattery wheeling his grandchild Michael Wright and the family dog in his wheelbarrow. 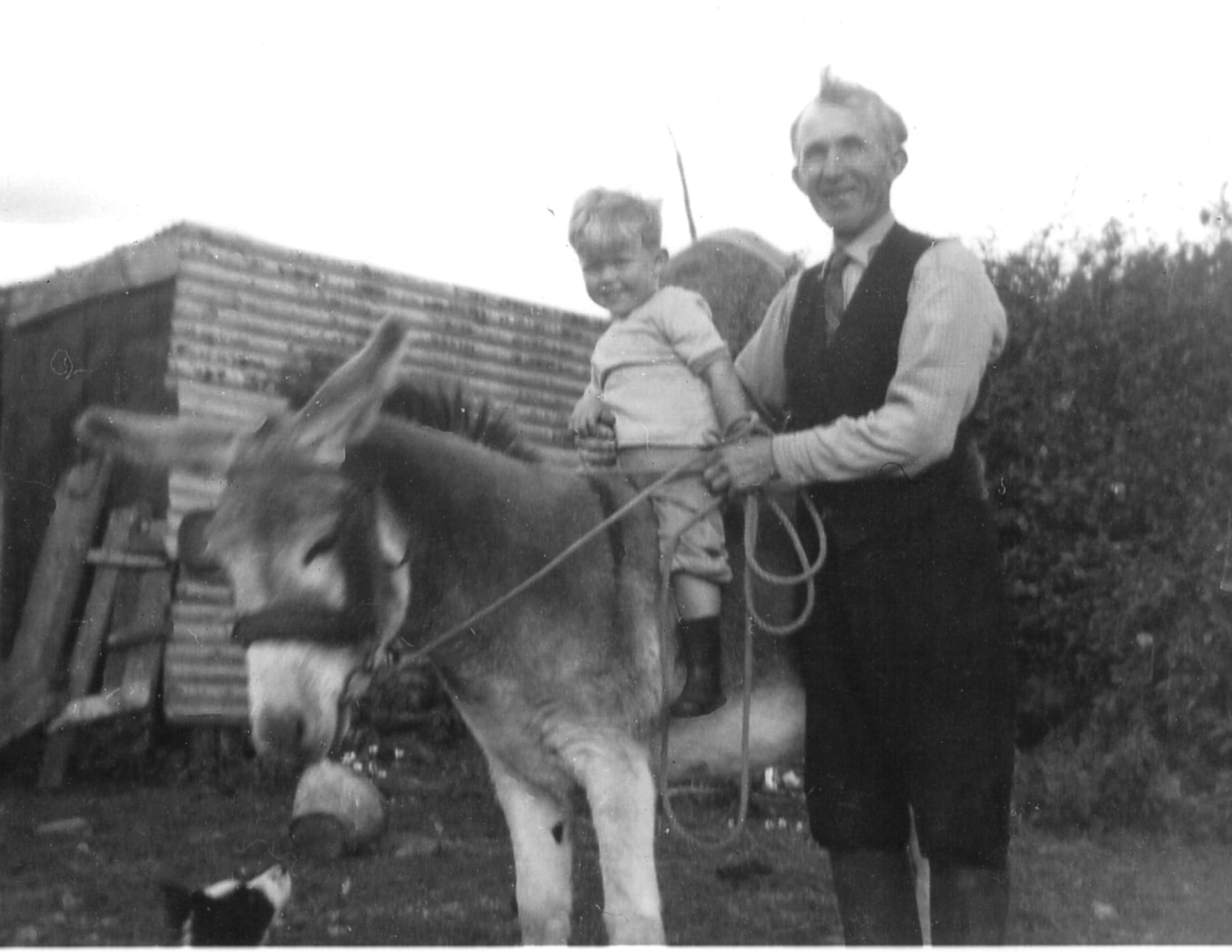 Over the years, Mary kept very much in touch with Abbey and in particular with Mrs Nora Hynes who was a close friend all through the years. 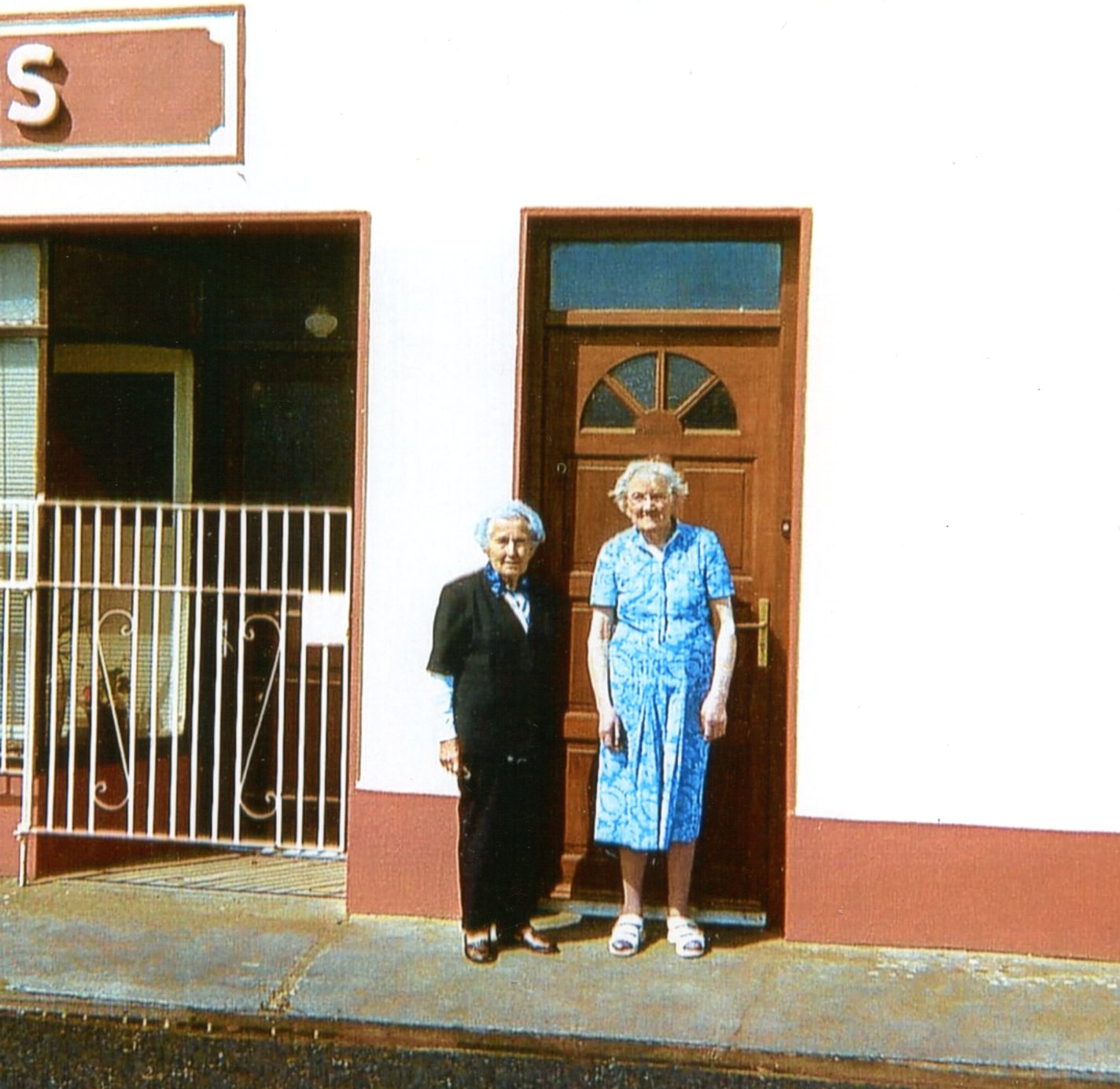 Mary Slattery Wright with her friend, Mrs Nora Hynes, on one of her many visits to Abbey 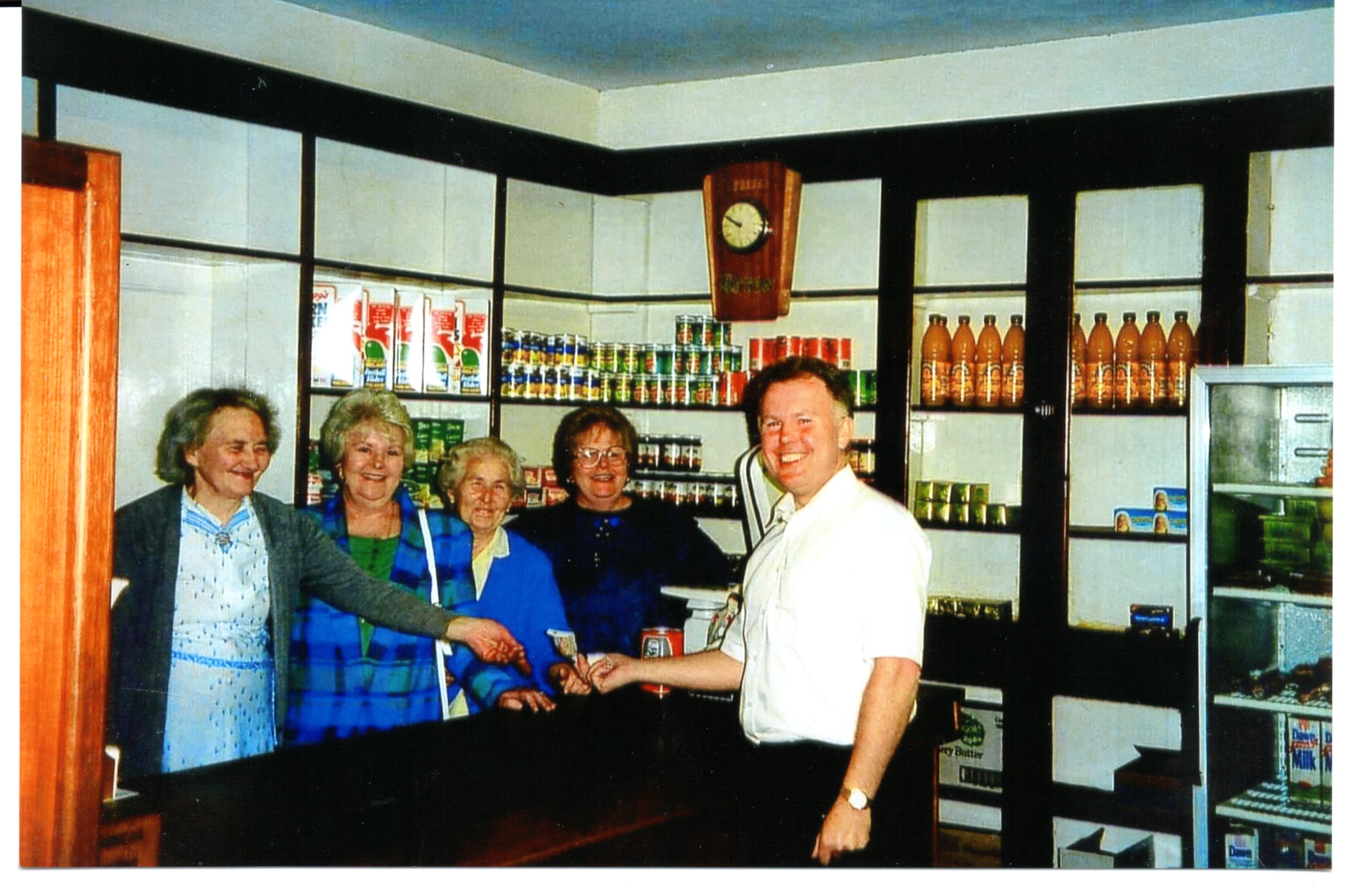 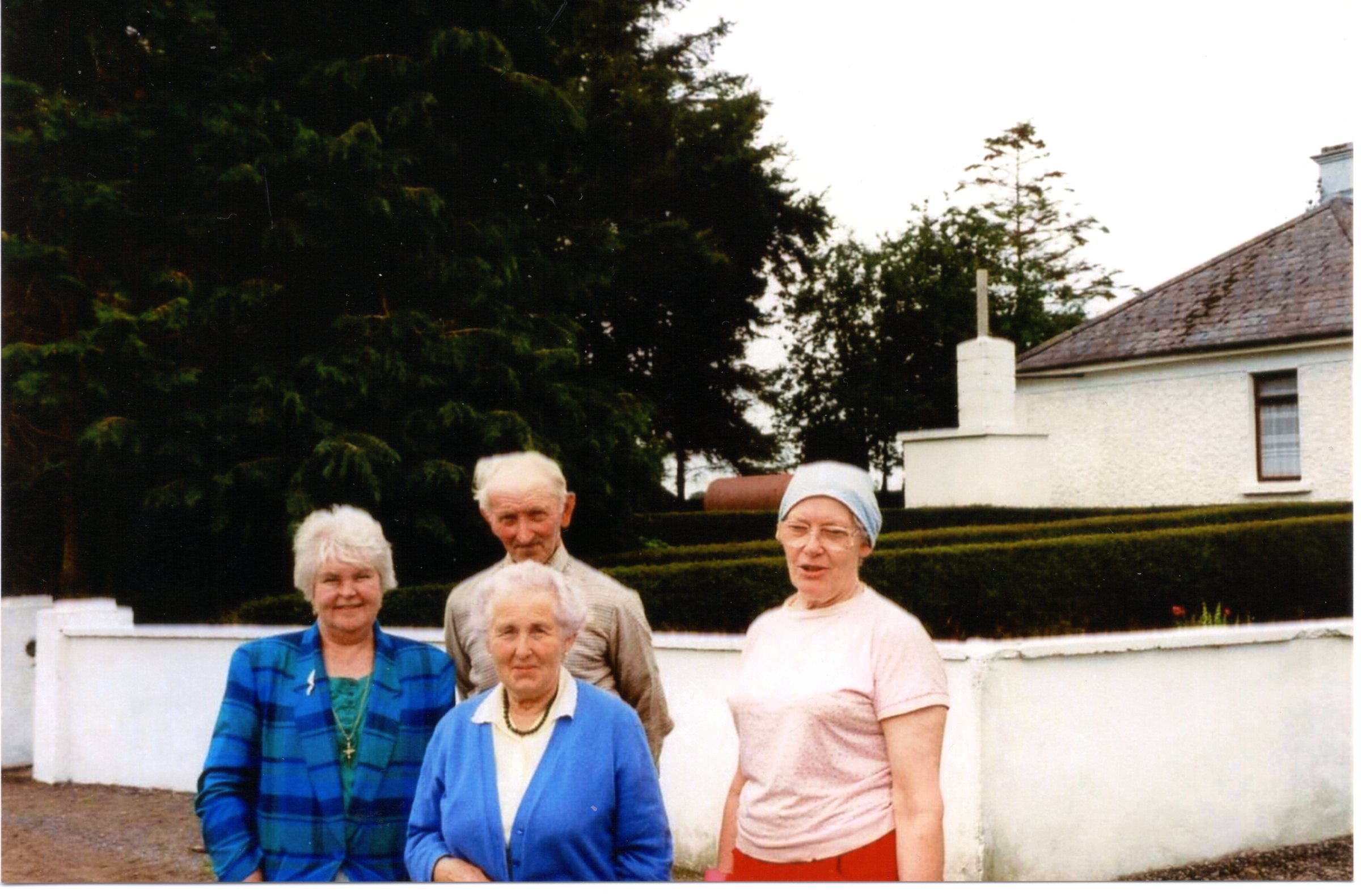 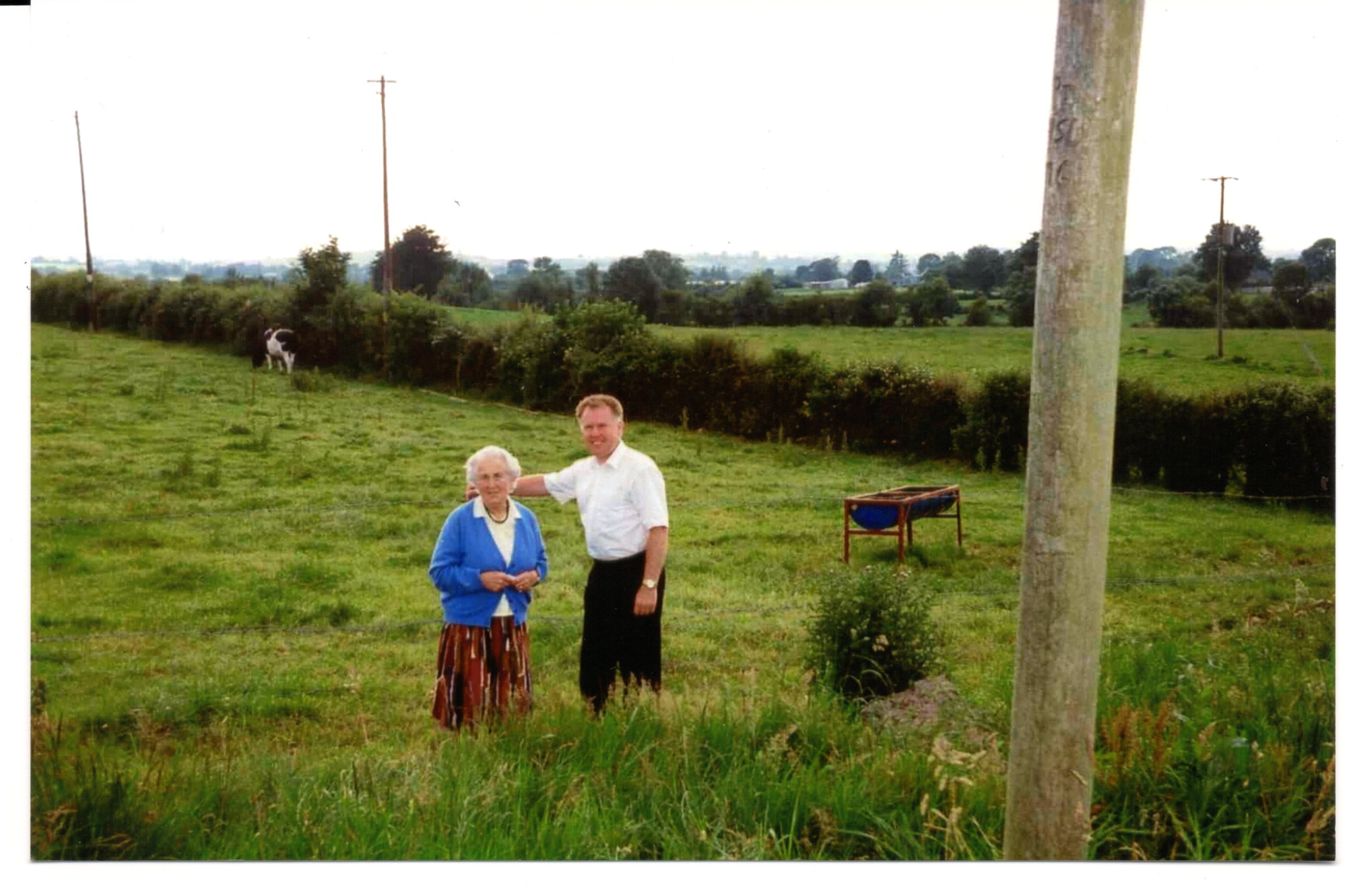 Michael Wright with his mother Mary during their 1994 trip to Abbey. Photo courtesy Joanie Durgin

Mary’s son Michael Wright continues to visit Abbey where his mother and ancestors are buried.  All of the photographs in this article, remembering the Slattery and Hutchinson families, are courtesy of Michael Wright unless otherwise credited. 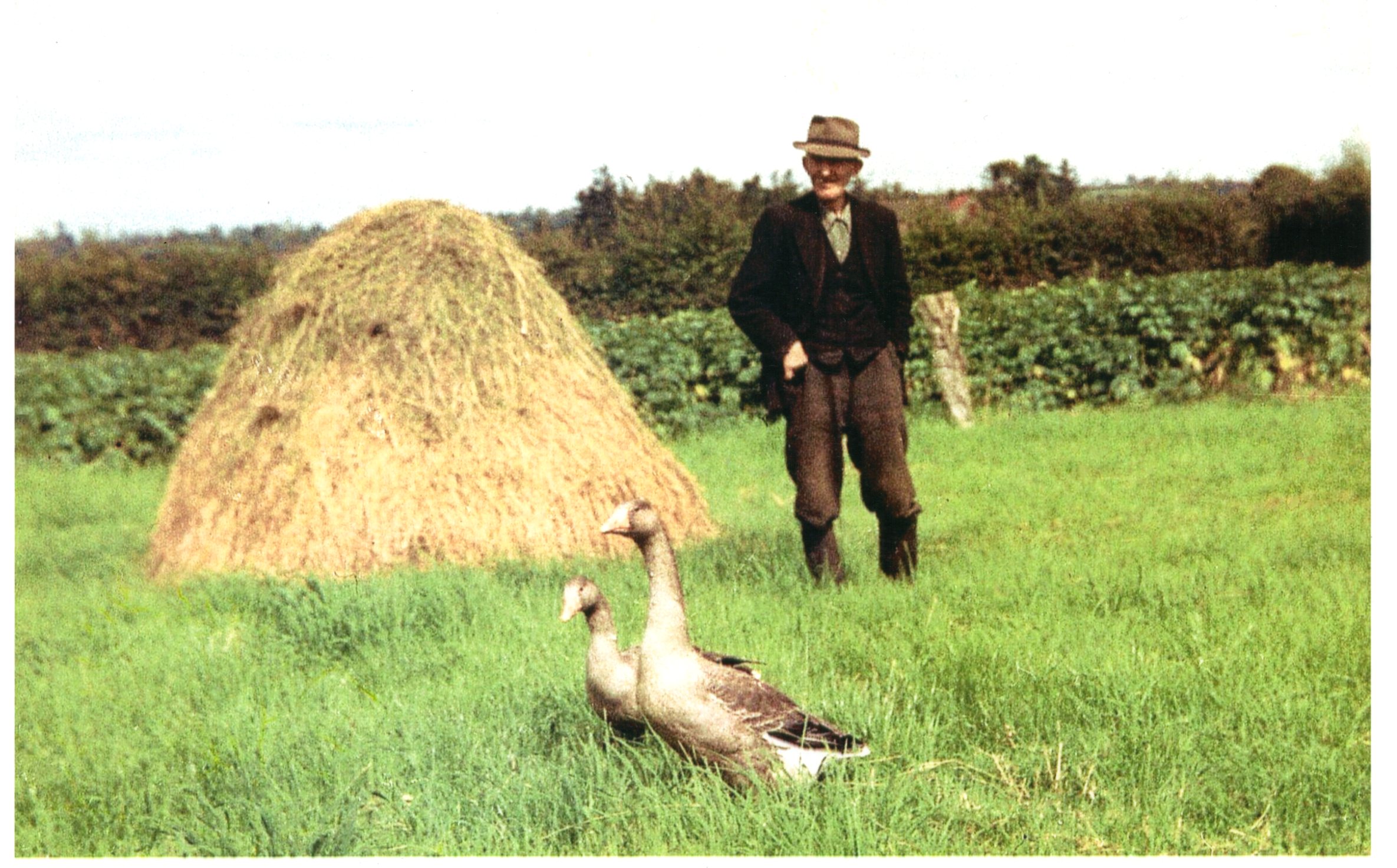 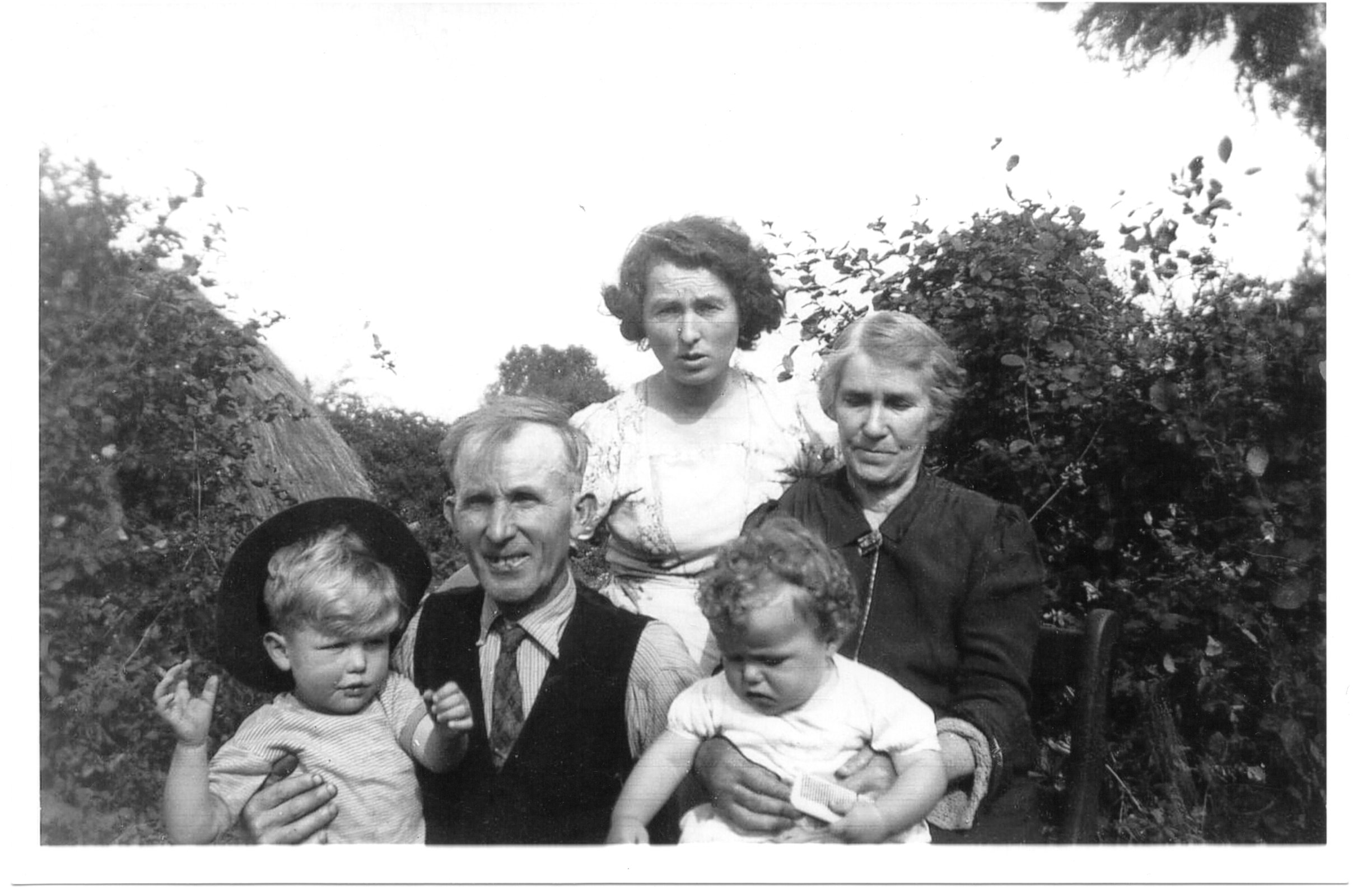 Mary Slattery standing at back with her parents Mick and Bridget and two grandchildren. 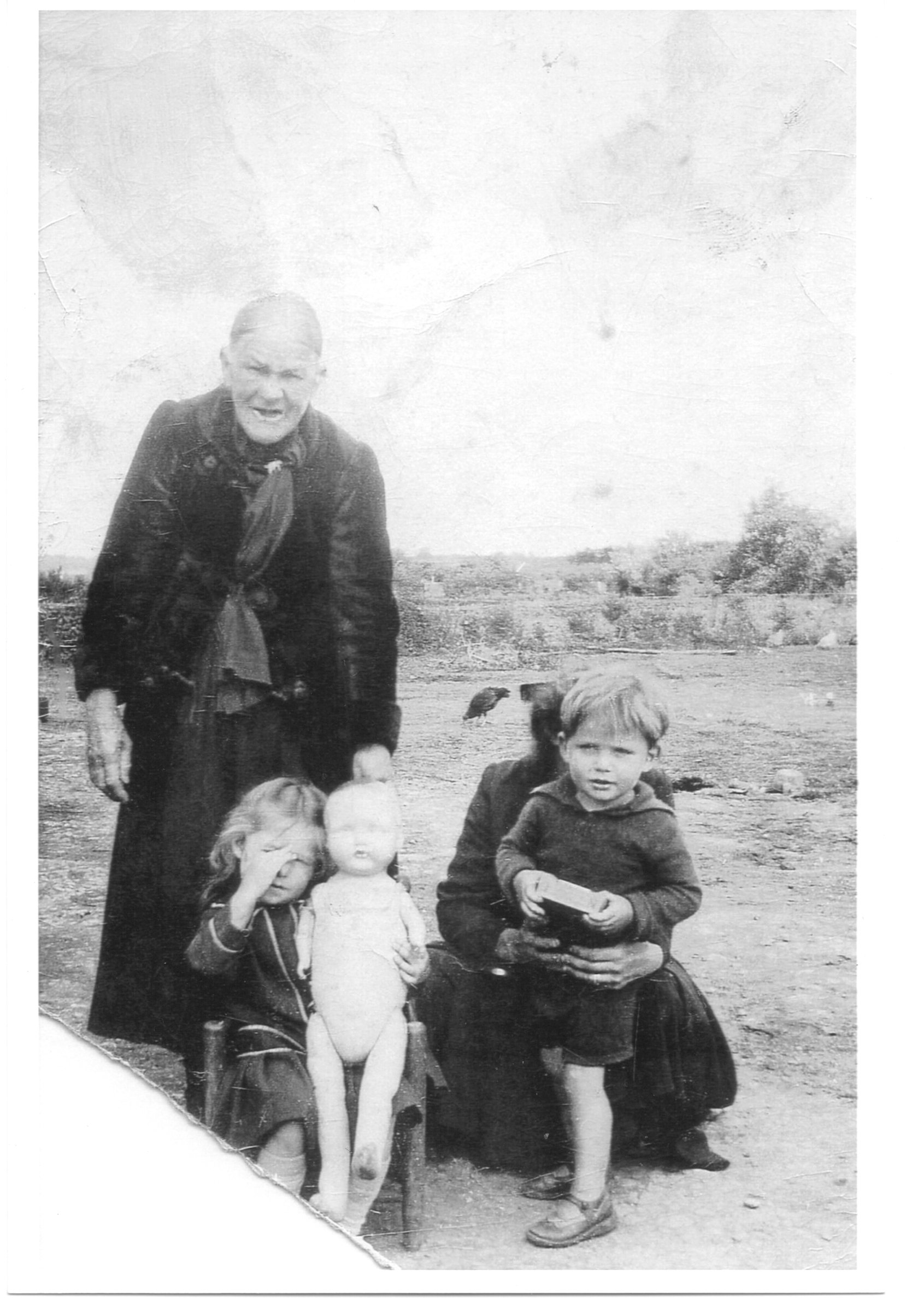 Mary’s mother, Bridget Hutchinson had six siblings and two of them Michael and Patrick emigrated to Boston in the USA.  There they played with the Clare team and the photograph below shows them in the front row.  Prior to their emigration they had played with Duniry hurling team. 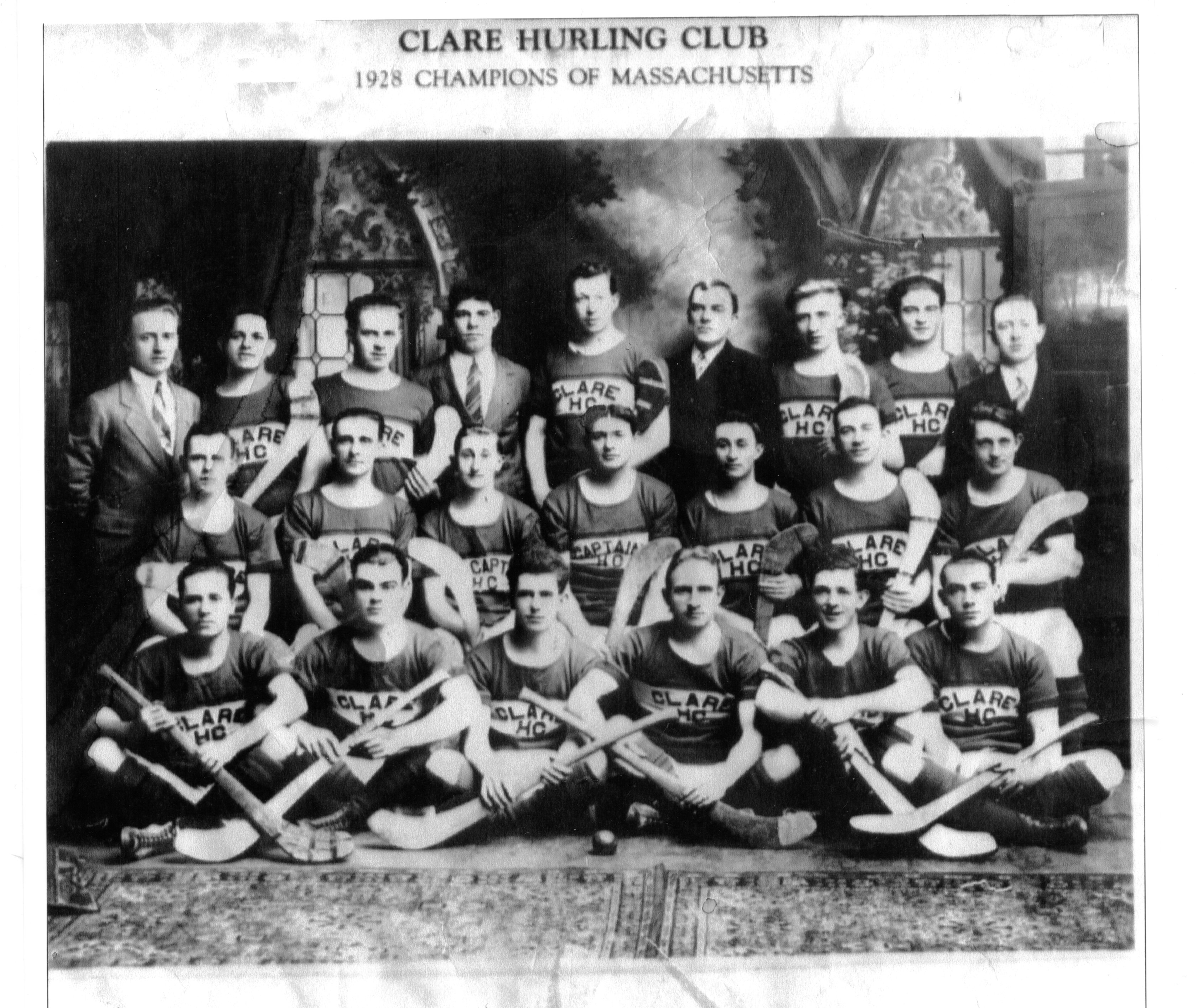 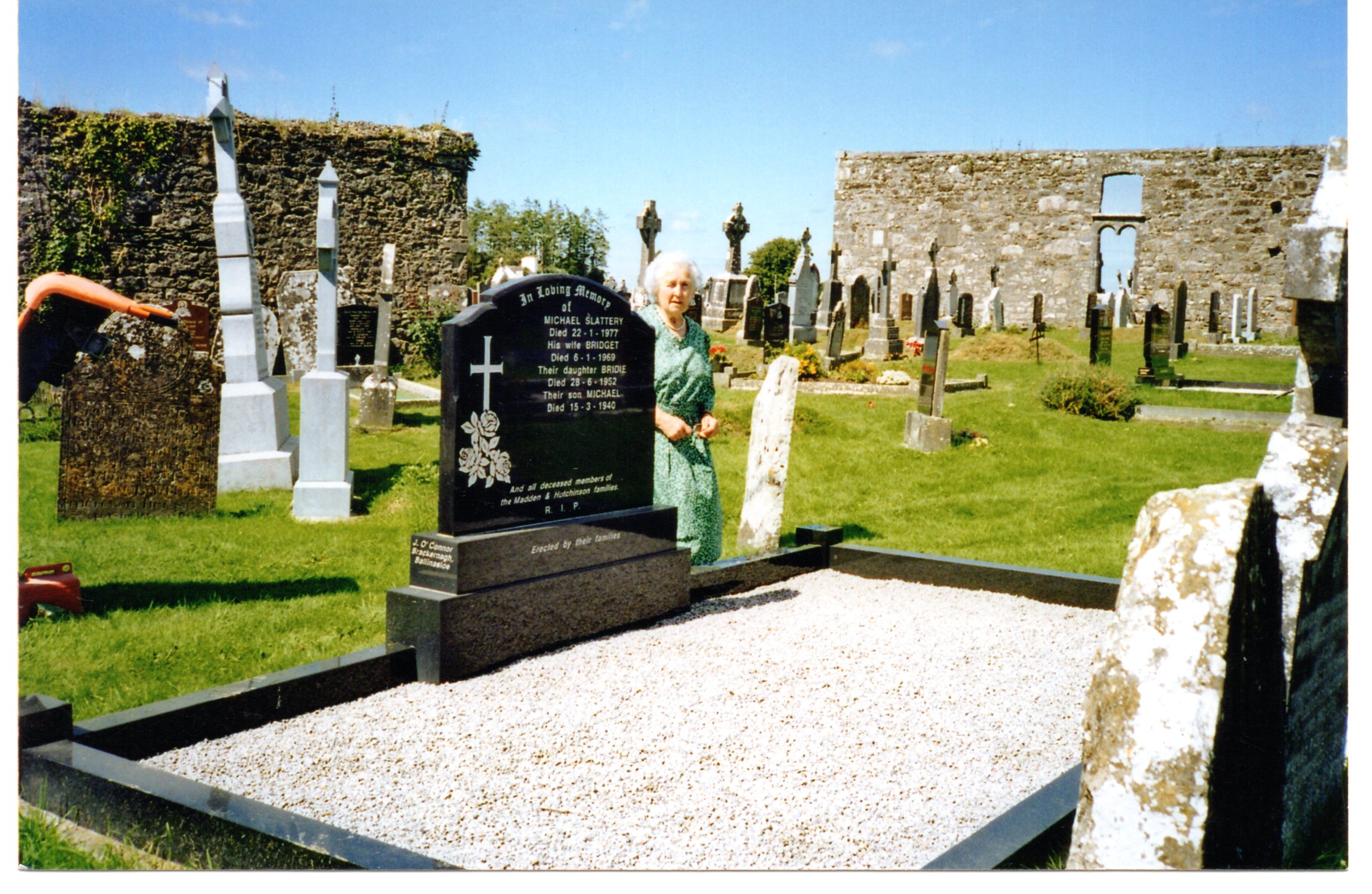 Mary herself always expressed a wish to be buried in Abbey Cemetery and when she died in 2016 her wish was granted. 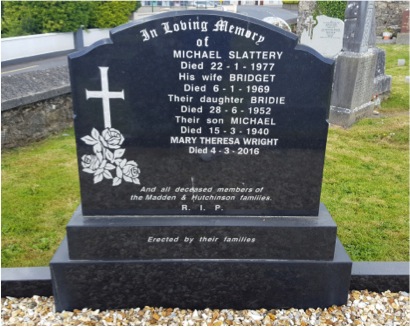