You are here: Home>People>My Irish Women

Two people who had a profound influence 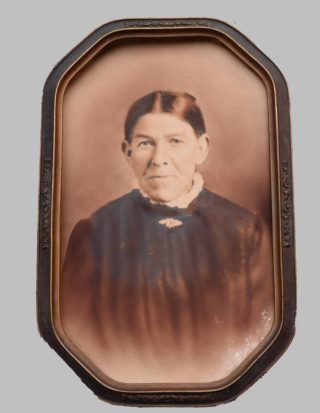 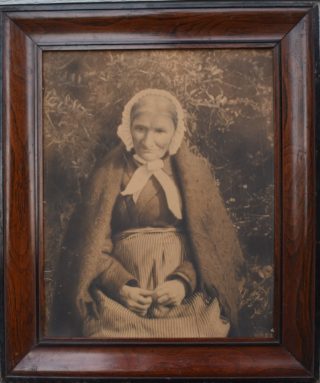 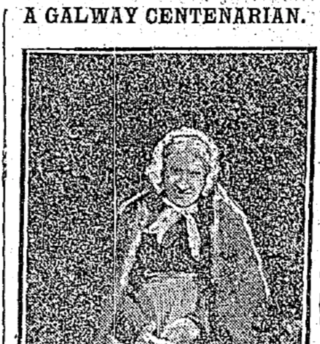 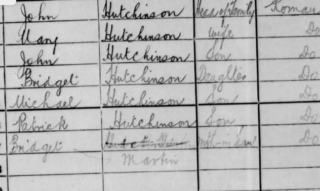 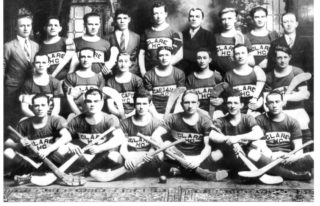 The 1928 Champions of Massachusetts Team. Front Row shows Paddy 3rd and Michael Hutchinson 5th from left with their friend Frank Turner between them.
Courtesy: Joanie Durgin 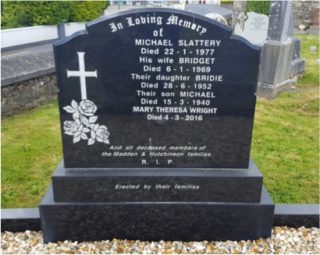 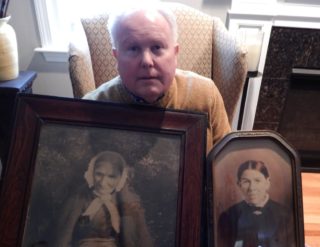 I remember 1995 when I sat with my mother Mary Wright née Slattery, from Abbey, Co Galway, looking at photographs of our ancestors – my great grandmother, Mary Madden Hutchinson and my great great grandmother Bridget Martin, photos that had been sent to us from Boston USA by my mother’s cousin Joan Hutchinson Comer.  Later we were to see both of these ladies listed in the 1901 Irish Census, residents of house No 7 in Abbeyville, Abbey, Co Galway.  This information, researched for us by the East Galway Family History Society in Woodford, brought with it further questions.  Bridget Martin – she was always known by her maiden name – was listed as being a nurse who spoke Irish and English but could not read or write!  She was living with her daughter, Mary Madden Hutchinson and Mary’s husband John, whose family lived in Duniry.

We also wondered who in the family in Ireland would have had a camera prior to Bridget Martin’s death in 1914 when photography would not have been widely available.  How did the family come to have the only known photograph of the very elderly Bridget Martin in her best bonnet and shawl?  This was revealed in 2018 during an internet search of the Irish Independent archives, when I discovered an article in the 12 September 1913 edition, headlined, ‘a Galway Centenarian’ and I was so surprised to see the exact same photograph with this headline, as had been sent from Boston to my mother.  As I read the Independent article, my joy of finding the origin of the only known photograph of our very elderly ancestor, in her best bonnet and shawl left me perplexed as it said she was Bridget Hutchinson.  After discussion with Abbey Heritage, it was established how easily this mistake could have happened – the Independent photographer, visiting the Hutchinson household, mistakenly recorded Bridget’s name as Hutchinson.  We also recalled a similar mistake made two years previously, by the British recorder of the 1911 census, where the Hutchinson household is recorded as No 4 Abbeyville and where an amendment of Bridget’s surname from Hutchinson to Martin can be seen on the original form.

Bridget Martin’s photograph may have been brought to America by Mary’s sons, Michael and Patrick, as beloved memories when they emigrated.  In America, Patrick, or Paddy as he was then known, was deeply homesick for his Irish family and we know that, but for his hurling team friend, Frank Turner, refusing to give him the return ship’s fare to Ireland, the path of the Boston Hutchinson story would have been different. During a visit to my cousin in Boston, I have looked closely at the two different and expensive wooden frames around the photographs of Bridget Martin and Mary Madden Hutchinson.  These precious, beautifully framed pictures of our Irish women ancestors remain treasured now by my cousin, Joanie Durgin, in Boston.  In that period too, the early 1920s, my paternal grandmother, Mary McDonagh, was emigrating from Shrule on the Galway/Mayo border to Fulham, London.

In the 1911 Census, Bridget’s daughter, Mary Hutchinson née Madden is listed as charwoman ie someone trusted to clean houses, so financially contributing to their family household budget and their seven children – one of whom is my grandmother Bridget and another Joanie’s grandfather Patrick.  Mary also looked after her mother in the Hutchinson home until her death.  Bridget’s death certificate record shows that Mary was present at her mother’s death and records Bridget’s occupation as dressmaker, confirmed in the Independent article.  This shows that she was obviously an all-round homemaker and despite her advancing years was able to use her dressmaking skills not just to supplement the family income but also to provide this service for other families in the community.  The midwife role for Abbey and District was taken up by her daughter Mary – locally known as Grandmother Hutchinson – and then by her daughter, Bridget Slattery, my grandmother.  Her daughters, my mother Mary and sisters Bridie and Josie, all came to Cambridge UK for nurse training and to that destined vocation.

In 2016, I was in Abbey again fulfilling my mother’s wish for her to be buried in the Slattery grave in her home village in Ireland.  Some days later I attended the Feast of the Assumption Mass in Kilnalahan cemetery and was fortunate to meet many people who knew my mother very well.  One elderly lady spoke to me about my mother’s nursing career in the UK and then said “she must have inherited her vocation from your great ancestor who was the ‘midwife’ for the local area”.  Subsequently the penny dropped and I recalled the 1901 census recording my great great grandmother, Bridget Martin, as nurse.  On further discussion I realised that it was not unusual at that time for a local woman to act as midwife for neighbouring women when they went into labour and I wondered how many children Bridget Martin had helped to deliver during her long lifetime.

It is certainly thought provoking for me to reflect on these women ancestors, Irish women who lived through the great famine and the subsequent land war in Ireland – my great great grandmother who never had a vote and my great grandmother who would have been among the many in the population to receive the franchise for the first time in the Irish Republic.  They are surely representative of all those other wonderful Irish women, throughout Ireland, before the occupation ‘midwife’ was used by census takers, who assisted other women across the country during the birth of their babies, brought into the world by the light of oil lamps 170 years ago.  They were followed by the many, many, young dedicated Irish women, a century later, who came to Britain and began a nursing vocation within the newly formed NHS and who nursed me in hospital as a child after my tonsils operation!

Bridget Martin was 101 when she died on 4thJanuary 1914, at a time when the average life expectancy was 60.  So it is not surprising that the story of the Galway centenarian reached the national press and through folklore, was still remembered by that local elderly lady in Abbey who spoke to me in 2016 and inspired me to write this article for the Abbey Heritage website.