You are here: Home>People>A Story from Abbey in 1920

Recalling an incident involving my uncle

In 1920, the War of Independence was raging all over Ireland, including Co Galway.  The shortage of arms was a constant issue for the IRA and every effort was made to acquire them.  Any household that was suspected of holding arms was liable to be raided.

William Farren was a Resident Magistrate (RM) for Co Galway.  Born in Dublin, by 1920 he was living in Toorleitra, Loughatorick, Woodford and it was suspected that Mr Farren owned firearms.  The local IRA company decided to conduct a raid when an opportunity presented itself.  Farren was known as a tough character and was usually armed.  It would require a great act of daring to secure any arms he was carrying.

It became known that Mr Farren was selling a pony.  A plan was made to feign interest in the pony in order to get into the Resident Magistrate’s homestead.  The Company Officer of Abbey Company, Cornelius ‘Connie’ Donnelly, my uncle, and Volunteer Peter Shiel were chosen to carry out the task.  Connie carried a small pistol in his pocket on their way to Toorleitra to discuss their potential purchase.  Mr Farren’s family remained in the house as the two men approached.  Donnelly and Shiel noticed that Farren kept his right hand in his coat pocket.  Clearly, the Resident Magistrate, being armed with a pistol, was ready for any potential incident.

Connie pulled his pistol on Farren and told him to put his hands up.  Farren tried desperately to draw his pistol but Sheil grabbed his arm to stop him.  Connie then jumped in and after an intense melee, the two IRA Volunteers managed to force Farren’s fingers off his pistol without a shot being fired.  They left quickly taking the pistol with them.  No other weapons reportedly were taken.

That evening in Kylemore, Connie gave the pistol to his younger brother, Michael Donnelly, my father, to hide it.  He was roughly 15 years old.  All the Donnelly brothers looked alike but Michael had a stronger resemblance to his older, roughly 23-year-old brother.  At the time, he worked in Lynch’s Hardware, Portumna, during the week-days and returned home for the weekends.  That Sunday night he went up to the town to work the next morning.

Petty Sessions took place that next day in Portumna with Mr Farren presiding.  After the Sessions were concluded, Mr Farren, with his R.I.C. guard, went into Lynch’s Hardware.  Farren noticed young Michael Donnelly inside the counter and began to stare at him.  He enquired of my father, had they ever met before?  Michael replied that he had never seen him.  Unsure over the whole affair, Farren left and that was the end of the matter. 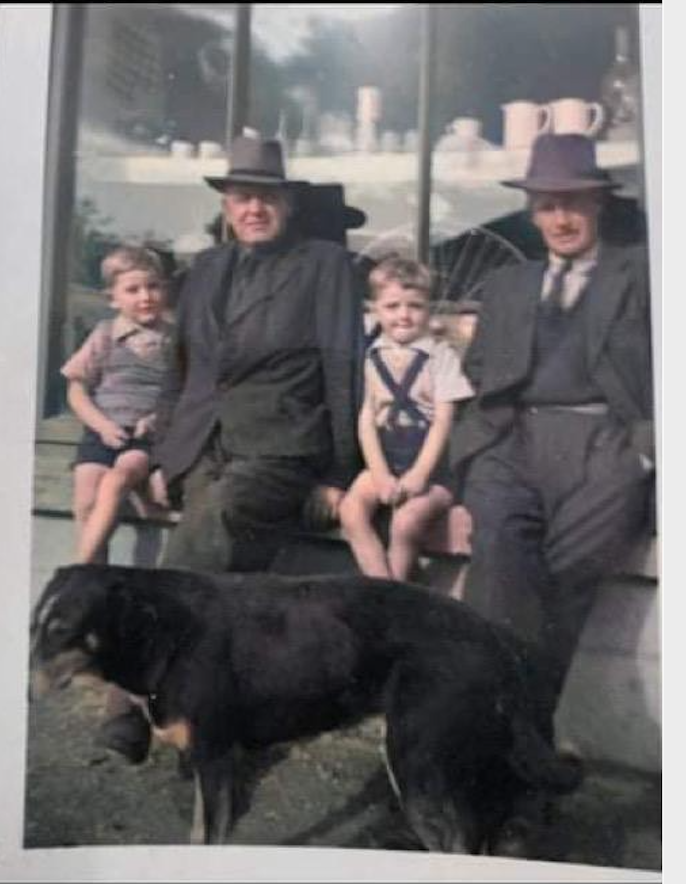