You are here: Home>People>Tommy Larkin

Unveiling of Memorial in his honour 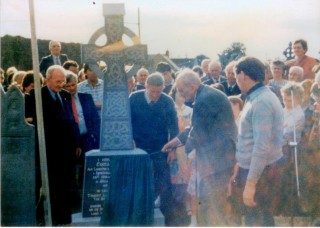 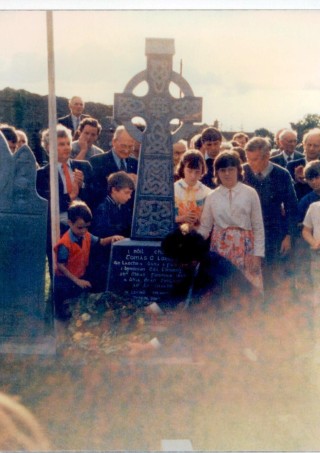 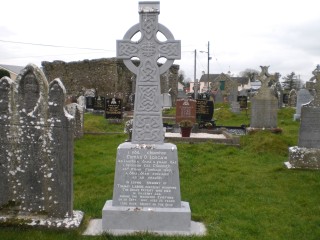 A headstone to mark the grave of Tommy Larkin, Woodford native, was unveiled by Seán MacBride, who also gave the graveside oration, in Abbey Cemetery on Sunday 17th August 1986. This event was organised by Woodford Heritage and Tommy Larkin’s GAA club to commemorate one of their own.

In 1886 Tommy Larkin was arrested and later imprisoned in Kilkenny jail following his defence of Saunders Fort during the famous week-long eviction and his altercation with one of the British constabulary.  His death in September 1887 at the age of 23 years in Kilkenny jail shocked the entire community and the thousands who attended his funeral in Kilkenny, followed by his removal to Looscaun Church, bore testament to the feelings of outrage throughout the entire community and to the high esteem in which Tommy Larkin was held by everyone.

Tommy Larkin was brought to Abbey Cemetery for burial and it is reported that the crowds of people who attended his funeral were to this day the largest ever seen in East Galway.  Although a plaque marks his birthplace in Gurteeny, Woodford it was fitting that his place of rest should also be remembered.

All the graves in Abbey Cemetery have now been digitised and below is the record of Tommy Larkin’s grave as listed on his headstone and on the Galway County Council’s database: