Photographs from the archives 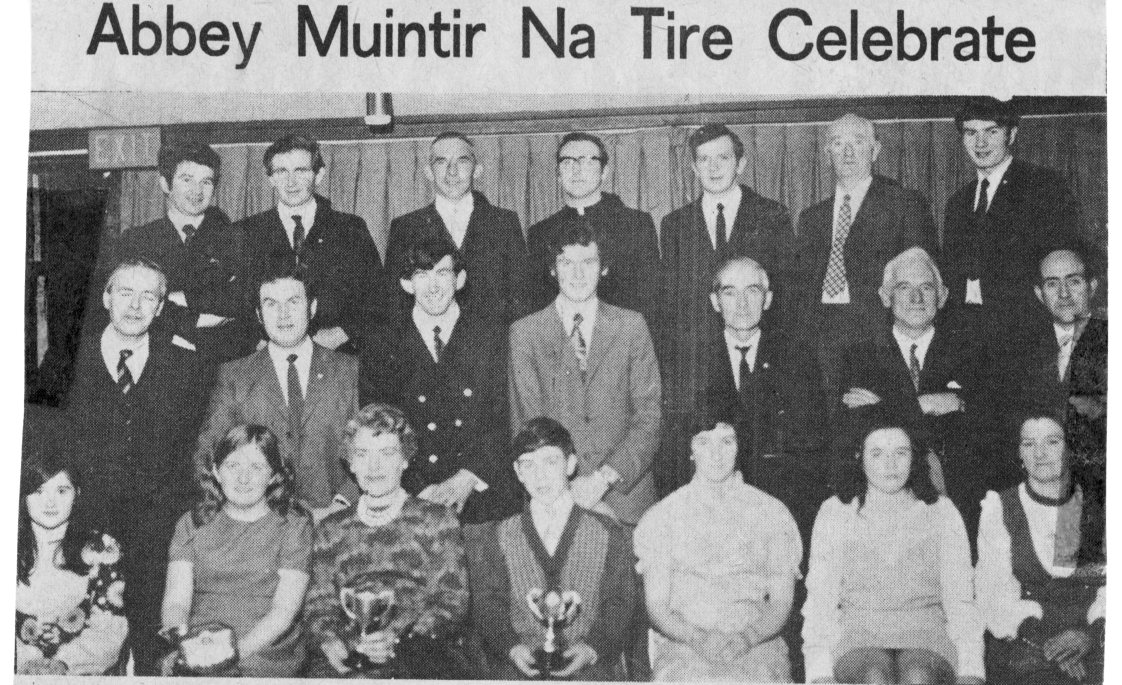 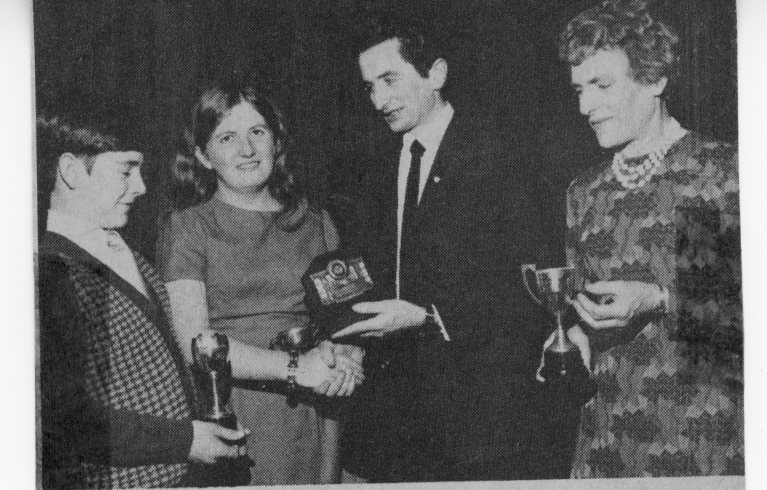 Mr Michael O’Neill, Muintir na Tire Community Development officer, presents Esther Sullivan, individual winner of the National Public Speaking competition with her trophy.  On the left is Gerard Larkin and on the right is Mrs Hynes who accepted a trophy on behalf of her son John now in England.  The three trophy winners formed the Abbey Team who were All-Ireland runners up in Public Speaking.  (Photo from Connacht Tribune)