You are here: Home>People>A Tribute to Seamus Ó Riain

A Tribute to Seamus Ó Riain 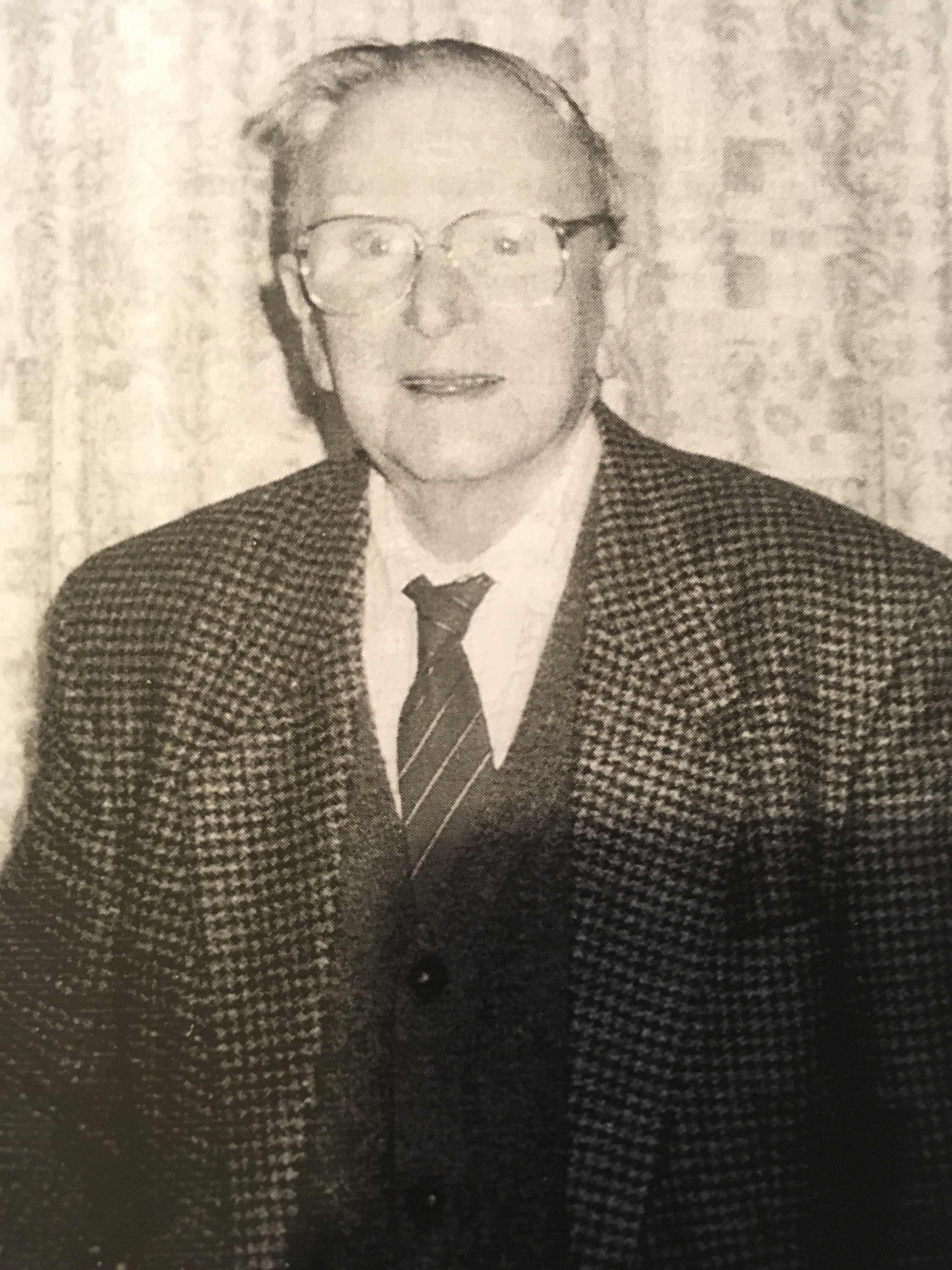 Seamus was a man who touched us all by his kindness, generosity, sincerity and his great wit and humour.  He was truly one of nature’s gentlemen.  He had the ability to dispel anxiety, worry and care and to radiate happiness and mirth wherever he went.  His wit and turn of phrase were the hall marks of his life.  Added to this was his remarkable memory and recollection.  He could, even up to his final days, remember anecdotes of his early childhood.  With his gift of story telling he put flesh and blood on his living history that spanned his 85 years.

Seamus was a Cork man and proud of it.  During the Golden Era of Cork’s hurling under Christy Ring – Seamus’ slogan to his Galway friends used to be ‘over the bar Christy’.  In the late thirties Moyglass, Ballinakill, where he was principal teacher for 43 years, became his second home and Galway his adopted county.  He loved the Gaelic games, the hurling and football, especially when Galway was pitted against Cork.

Seamus loved people.  He lived life to its fullest.  Wherever a crowd gathered Seamus was always in the centre giving as good as he got!  Who can describe this wonderful man?  A quotation from Shakespeare’s Julius Caesar probably sums up his qualities – “The elements so mixed in him, that nature might stand up and say to all the world: ‘This was a man'”.

An unequalled master of ceremonies, an entertainer, Seamus loved the Irish Ballads.  His rendering of ‘The West’s Awake’, ‘The Old Slievenamon’, ‘The Bonny Bunch Of Roses’, ‘An Raibh Tú Ag An gCarraig’ and of course the internationally known Cork National Anthem: ‘The Banks Of My Own Lovely Lee’ were among his repertoire. I can picture him now after a night’s session, buttoning his overcoat and breaking into song: ‘Every road through life is a long, long road, it tells of joy and sorrow too’, and then, waving his arms as if conducting an orchestra, he would finish with the chorus of hope and optimism: ‘Keep right on to the end of the road’.

Seamus symbolised the ‘Village Schoolmaster’ as portrayed by Oliver Goldsmith.  He led every conversation, chaired every meeting, compered every concert, was founder member of Woodford, Ballinakill CCE and chairman of the now 30-year-old Mummers festival.  He was chairman of Ballycommon CCE in the eighties.  In his extra curricular activities, Seamus tutored over one hundred Garda recruits, held adult Irish classes in Nenagh, joined the choral group and entertained the senior citizens.  His motto for life was surely that poem we were familiar with in our school books: ‘Lives of great men all remind us we can make our lives sublime and departing leave behind us footprints on the sands of time’.