You are here: Home>People>Galway Hurling Team of Boston

The following photograph and article appeared in the Connacht Tribune on Saturday 4 September 1948 and is reproduced below. 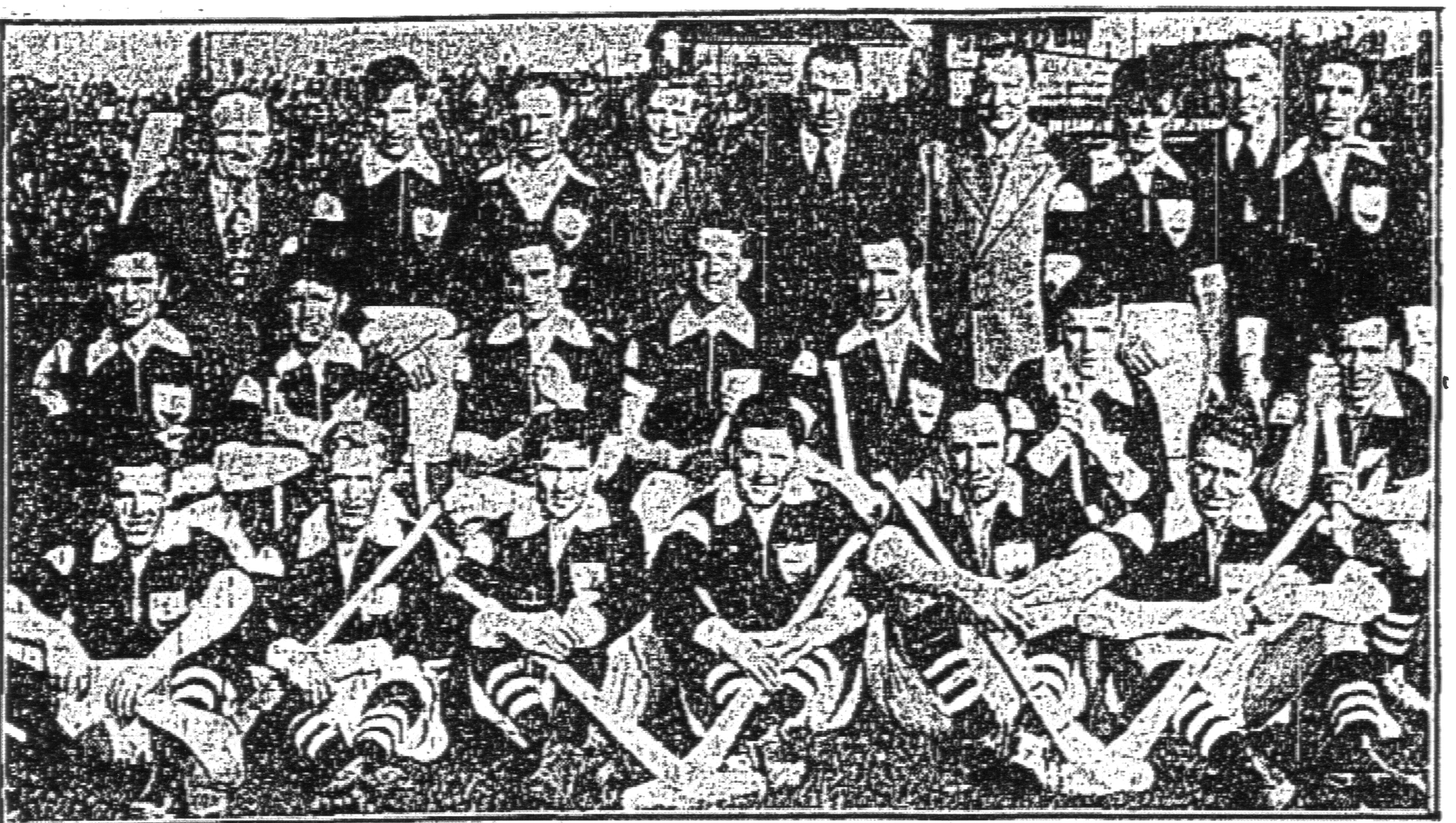 Mr Thomas P Shields, General Manager of the Galway Athletic Clubs, 181 Dudley Street, Boston 19, who has forwarded pictures of the Galway senior hurling and football teams of Boston – the pictures appear in this issue of the ‘Connacht Tribune’ – states in the course of a letter to the Editor: “You people have every reason to be proud of these boys.  They are a great addition to our country here and a source of inspiration for us to carry on Ireland’s ancient traditions and especially her great pastimes.  The boys are well bred, intelligent, ambitious, cultural, well mannered, and above all morally beyond reproach.  They are a credit to their parents, the Irish clergy and nuns, the GAA, the leaders in literature and arts and of course, the Irish press which is a reflection of the standards of any country.

Let me say to you that while we console you in your loss of these youths we thank you for sending them to us and be assured that we shall never, by any act of ours, bring discredit to these stalwart Gaels, but rather we reaffirm our pledge to them that our every effort shall be bent to improve their lot to the end that they in turn will inherit the spirit to move forward and make our people at home in Ireland and abroad happy, peaceful and contented.”

Editor’s Note: What a fitting tribute to these players – their families cannot but be proud of them.