You are here: Home>People>Ballinakill Retreat at Cluain Mhuire

Men from the Parish of Ballinakill go on Retreat

In November 1968 a group of over 40 men from the Parish of Ballinakill, Co Galway attended an enclosed retreat in the Redemptorist Perpetual Help House at Cluain Mhuire in Galway city.  Cluain Mhuire is now part of GMIT.  There they joined another group of parishioners from the parish of Abbey-Duniry for the week-end retreat.  The photograph below was taken at the end of the retreat with the two Redemptorist priests who had conducted the week-end’s retreat.  Many of these men are still very active in the parish of Ballinakill in 2017 and we remember those who are no longer with us. 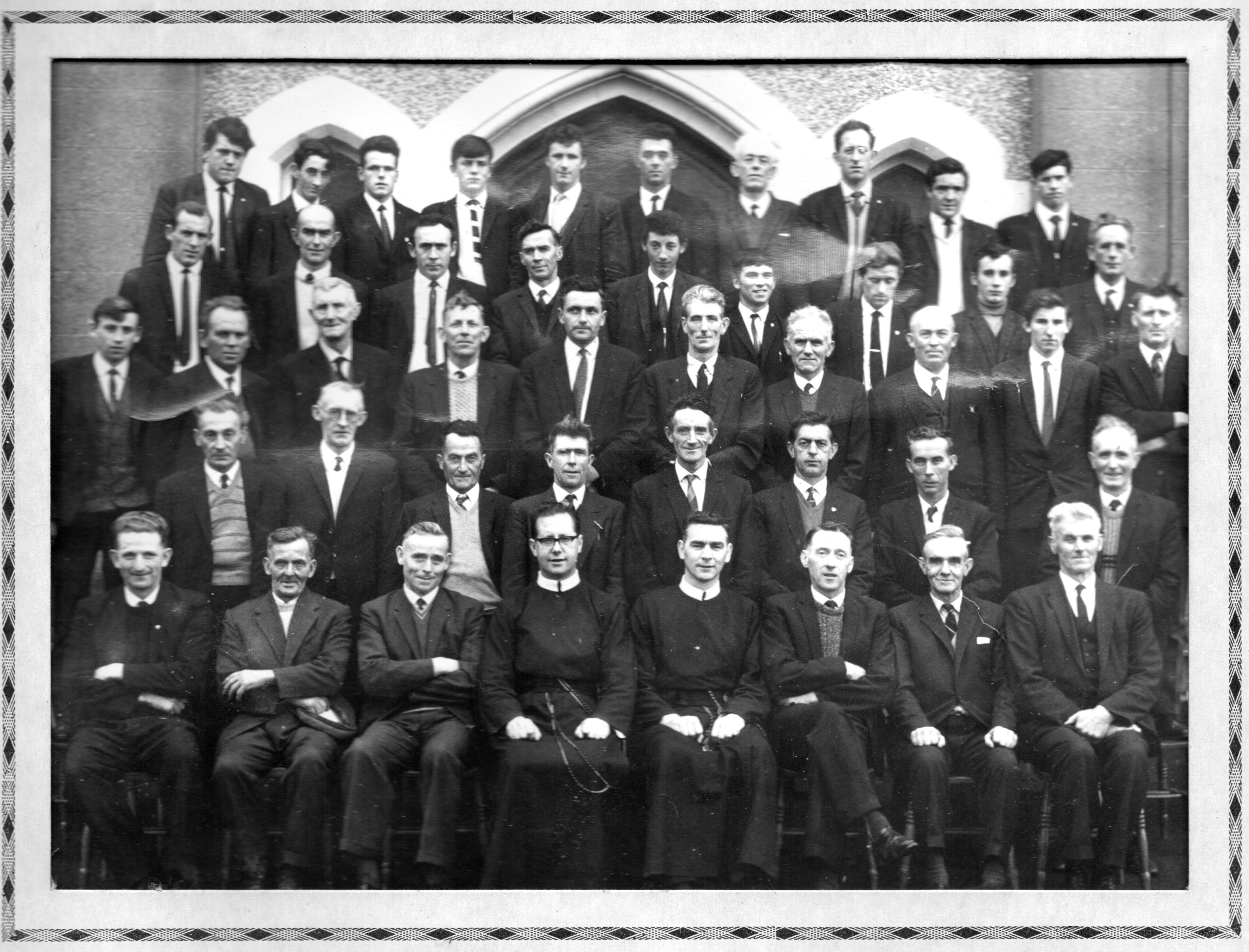