You are here: Home>People>In Praise Of Grandaunt Kate

In Praise Of Grandaunt Kate

The Era Of No Electricity 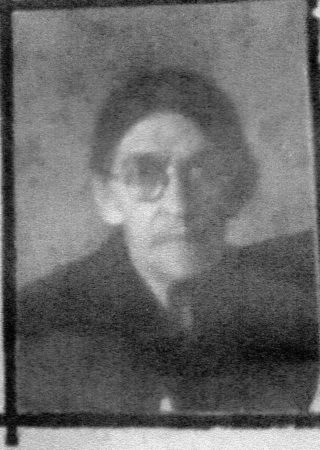 Kate was born in 1879, the year of the Apparition of Knock, and she had three brothers, one of whom was Thomas, my great grandfather.  Thomas was married to Catherine Slattery.

It was Kate who looked after the running of the house in Abbey and it was mainly under her tutelage that Marie and myself learned right from wrong.  It was she who ensured that we were punctual for Mass or school and had our shoes properly polished the evening before.  Now, in an era conscious of payment for every hour worked, it is hard to imagine how an aunt, a grandaunt, could give all day every day to the intense running of a household and the generous care of its inhabitants.  Our household tasks were assigned to suit our ability but we could never match her daily productivity which stretched over cooking, washing, baking, feeding pigs, milking, drawing water from the well, attending to the fire and so much more.

She found time to remember the dead, by the regular recitation of the Rosary and her many requests for the celebration of Masses.  Clothes washing on Mondays was huge and it had to be done with a bath of hot water, a packet of Rinso, a bar of lifebuoy soap and a washing board for scrubbing the dirtier items.  Farming required a very long clothes line, with no help from a washing machine or tumble drier; even the collars on men’s shirts were separate and white.  Nearly every item had to be ironed and the iron, within the iron, had to be heated in the turf fire.  Baking was an everyday necessity: wholemeal bread, white bread, scones, apple tarts, and a quickly baked batter or madeira mix, often to be sent to workers in the fields at four o’clock.  Sponge cakes were special and required one eye on the red coals and another on the clock.  If a sponge cake failed to rise to the appropriate height one’s claim to fame as a baker could be badly tarnished.  There could be up to ten eggs in a sponge cake and the time given to beating these was long, all done manually with a fork or whisk.  Lunch or dinner each day was at one o’clock or one hour after the angelus bell rang.  Stannie’s always summoned their workers or family to dinner by a long loud shout.  There were plenty of the best potatoes, boiled and strained on to a skib or oblong container, homemade from sally and hazel cuttings.

Balancing financial income and outgoings was a demanding task in any household.  In fact there were two concurrent accounts or arrangements in operation: the indoor and the outdoor.  The indoor was managed by our grandaunt Kate, who organised and bought all the kitchen requirements.  Groceries for the week would be bought from the sale of hen and duck eggs, which even provided some money left over.  The outdoor budget was cared for by uncle Tommie, with income from the sale of cattle, sheep and pigs and a little from wool and cabbage plants.  Cabbage plants would be sold locally and in the towns; a hundred of plants was one hundred and twenty in number, just as the baker’s dozen was thirteen.  It just didn’t add up.  Neither replacement hens nor replacement animals had to be bought as both were bred on the farm.  Income from turkey sales was a welcome source of cash for Christmas.  We reared about twenty turkeys.  The practice was to sell all the turkeys and eat the cheaper priced geese or ducks.  Cockerels provided the centrepiece of many a Sunday lunch, with bacon being used during the week.  This was home-cured bacon which had been treated or cured for about six weeks in a barrel of salt.  It had been cut into, what were called fletches and these were usually put hanging from the ceiling of the kitchen.  Rashers and boiling pieces were cut from these as required.  Fresh eggs were always at hand and homemade black pudding was available for some weeks after the pig-killing.  Neighbours shared a little fresh pork and black pudding with each other.  A much sought after by-product of the pig killing was the pig’s bladder.  We pumped this up with a bicycle pump and played football with it. The Irish word for it is ‘caid’ and this word is often used for football.  Beef, mutton or fish were rarely on local tables, due to cost and distance from supplier.  Long-term storage of most foods was impossible due to lack of any refrigeration.  Fresh vegetables were growing within view.  Of the potatoes, we grew Kerr Pinks and Golden Wonder varieties.  Only a floury potato met the diner’s full approval and these two varieties gave the best hope.  Queens were the best early selection.  Potatoes, turnips and mangles were boiled each day, for the pigs, and given with some meal and skimmed milk.  The grain crops sown were: wheat, oats and barley, all of which required intense harvesting in August and early September.  Corn, lodged by rain was a farmer’s nightmare because it would have to be cut with a scythe.  Using a scythe and enduring all its related discomfort was a job that separated the men from the boys.  Sheaved corn was ferried from the fields on a horse and cart and built in stacks in the haggard where the threshing took place in October or November.

Grocery shopping was the preserve of Marie and myself and we did this a few times a week.  For the bigger shopping outing before Christmas, I was chosen to drive the donkey and cart, the five miles to Portumna, with my grandaunt Kate and a neighbouring Kate aboard.  It was a day of serious shopping and treats, and little of the turkey money returned home.  The rationing of many products, during the war years also limited the amount people could buy.  Tea was in huge demand and some locals were able to get extra tea from relations in the U S.  Parcels of clothes were also welcomed from the U S although they tended to be rather colourful and the men’s ties and trousers were excessively wide.

There were sad times too: a serious illness, an emigrant departure or a family death.  My uncle, Martín, took six months to recover from meningitis, at a time when there were no antibiotics and few survivals.  The emigrant ship took six members of this family: my mother Kathleen, Gretta, Bridie, Francis, Larry and Michael; the latter two to action in WWII, with Michael being killed on the 5th September 1944, while fighting at Rimini, Italy.  Visits to the grave were made by Fr Pat and, more recently, by Paul.

News of the death arrived by telegram and, quietly, sent family members to look for privacy to grieve.  No wake, no local burial for a beloved, twenty seven year old!  Some of his wartime letters to his mother are still to hand and make very impressive reading, as they display a noble son/mother love.  Four years later, their mother Maria (nee Burke) died and joined her husband Thomas, who had died many years earlier in 1921 as a result of an accident with a horse-powered threshing machine.  They had married on the 13th August 1904.  After the death of his father, Tommie took over the running of the family farm, leaving school at eleven years of age to begin a life of hard, unselfish work, until his death at the age of ninety three.  Francis worked as a carpenter in London during WWII and later went to New York, where he managed his own bar.  Carpenters were not conscripted for war duty as they were in great demand for repairing bomb-torn London.  A few years after the war, Larry joined him in New York.  Martin grew up to work on the farm and Annie worked in a post office in Aughrim, where she met her future husband, Jack Moclair.  Patrick, later to be known as Fr Pat spent his life working in the diocese of Clonfert.  My mother, Kathleen worked in New York before her marriage there to my father Frank and, from that time, they lived in Garrymore.