Recalling a little bit of history 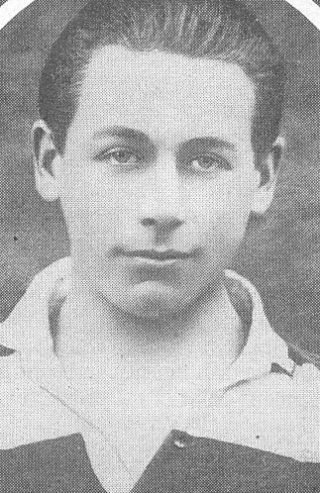 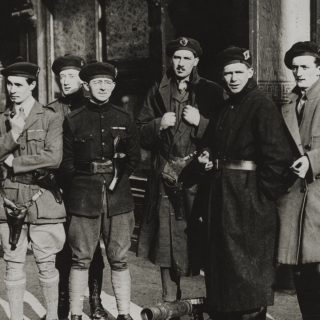 The Black and Tans
Photo courtesy: The Irish Times

One hundred years ago, on 27th October 1920, my parents, Jack Holohan and Margaret Nevin, were married in Ballinakill Church.  After the wedding celebrations, they went to Dublin for their honeymoon.  It was a troubled time in Ireland and while they were in Dublin Kevin Barry was hanged in Mountjoy Jail on 1st November 1920, a stone’s throw from where they were staying in the Gresham Hotel.  The hanging made a huge impression on my mother and down through the years she always spoke fervently about Kevin Barry.

Following their honeymoon, my parents returned to Abbey where they began their married life that lasted for sixty two years.  They managed Holohan’s shop and bar with their family until it was time for them to retire and I was able to take over the business.  In the early weeks of their marriage they came face to face with the widespread troubles throughout Ireland.  They were confronted one night by the Black and Tans who knocked them up and demanded that they open up the bar.

The Black and Tans had come to Abbey to arrest the local Priest, Fr John Duignan who, at the time, was the Parish Priest of Abbey/Duniry Parish and who, a few years later, in 1924, was to be consecrated Bishop of Clonfert.  Fr Duignan held strong nationalist opinions and was very critical of the RIC and particularly of the Black and Tans regiment who were stationed in Woodford.  The Tans had planned to come to Abbey and to kill Fr Duignan.  However, a Woodford man, believed to be Bill Mahon, sent a tip-off to Abbey warning Fr Duignan of the imminent danger to his life.  Fr Duignan took the warning seriously and cycled in disguise to the parish of Leitrim/Ballydoogan where his friend Fr James Spellman was Parish Priest and he stayed with him in the parochial house in Leitrim for the night.

The Tans duly arrived in Abbey and surrounded Frank Abberton’s house which is situated beside the Church, thinking it was the Parochial House.  When they realised their mistake, having discovered that this was a family home, they went across the road to the Parochial House, forced open the front door and were annoyed to find no one there.  One of the Tans discharged a gun and the bullet mark could be seen over the fireplace in the sitting-room for many years afterwards.

Perhaps the Tans realised that they had been double crossed so they charged up to Holohan’s, confronting the newly married couple and demanding that they open the bar and leave it at their disposal to have whatever they wanted to drink without any consideration!  They drank their fill before heading away, leaving a mess, although no damage, behind them.  They did not harm the young couple and fortunately no one was hurt or injured in the raid in Abbey.

Christmas time was always special in our house and there were always gatherings of our large extended family on St Stephen’s Day.  Invariably there were stories and songs and recently my eldest daughter Maria recalled that Joe Connolly, my sister Cepta’s husband, after enjoying a few drinks, would come over to Mom, as my mother was always known, and in his best singing voice start off:

“In Mountjoy Jail one Monday morning, high upon the gallows tree

Kevin Barry gave his young life for the cause of liberty

But a lad of eighteen summers ….”

Without fail this would bring a tear to my mother’s eyes and of course that was the purpose of Joe’s choice of song to see if she still had a soft spot for poor Kevin Barry who she always remembered being hanged during her honeymoon in Dublin.  And thus the story of Kevin Barry’s hanging was handed down in the Holohan family through the generations.