The Story Behind The Photograph

It is always a pleasure to look back at an old photograph as it keeps alive so many memories of people and of days that have passed.

We were delighted to receive this photograph from Michael Wright.  It was taken by his mother, Mary Slattery Wright, when she visited her home in Abbey in April 1952. 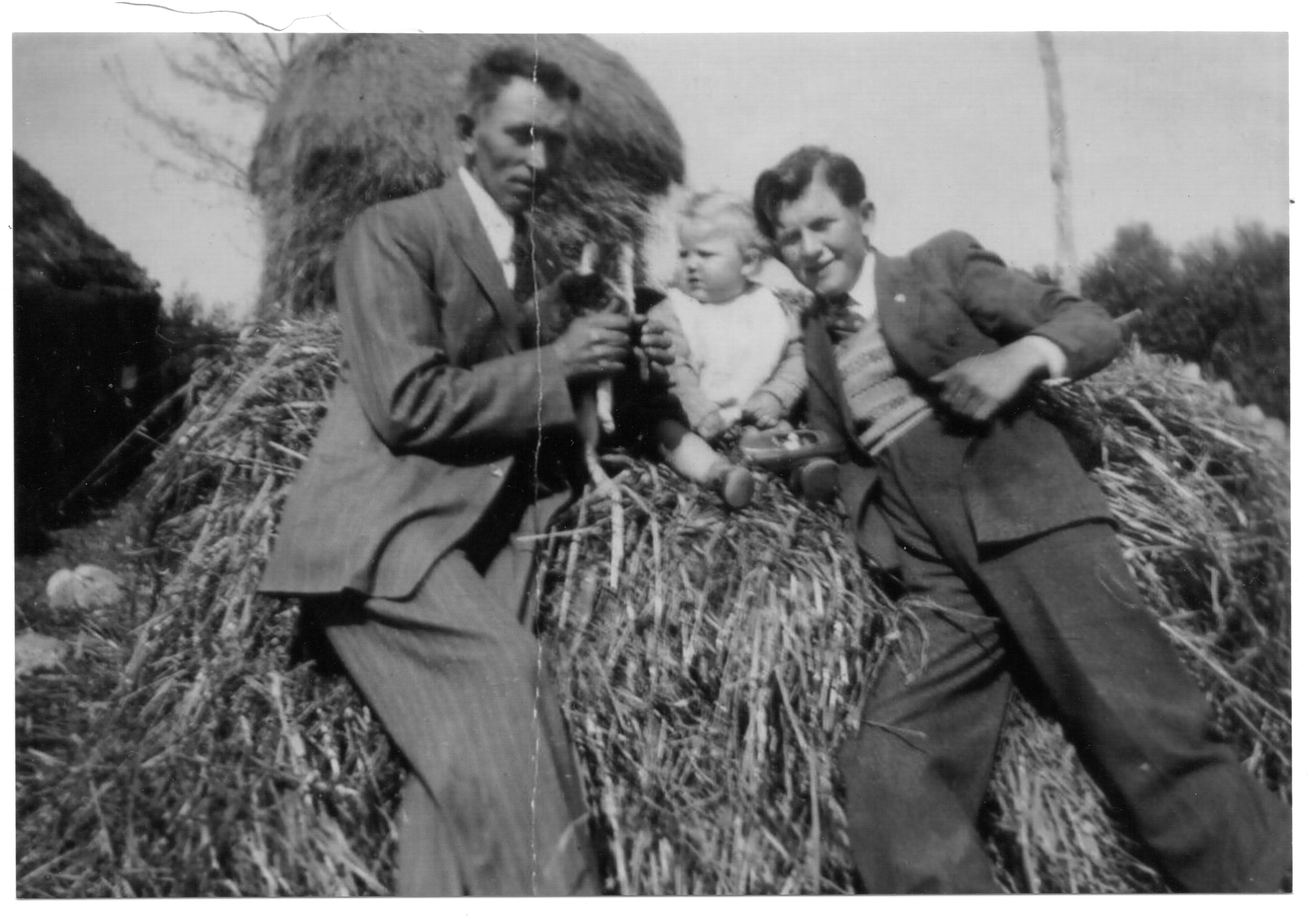 Mary was a nurse in England and had returned to Abbey with her young son Michael to be with her sister Bridie who was seriously ill at the time.  Two visitors to the Slattery home that day were Tommy Abberton and Paddy Slattery who had come to check on Bridie in her final days and to be a support to the Slattery family.  Tommy was a local neighbour who often spent time with Bridie during her illness and Paddy was a cousin from Tynagh who also visited regularly.

Obviously it was a lovely Spring day and the two men brought young Michael outside to show him the pussy cat when Mary, Michael’s mother, produced her camera and saw the perfect setting for a photograph.  The two men, dressed in their Sunday best, relaxed against the cock of hay at the side of the Slattery home and young Michael Wright was perched on the top guarded by Tommy and Paddy as he looked inquisitively at the little cat which was of more interest than the camera!

Sadly, Bridie died some weeks later, in June 1952, but it is through photos, such as the above, that her memory lives on in the lives of her family, her friends and future generations.