Survival of a Well-Travelled Photograph!

Thomas Hutchinson was born in Abbey on 7th April 1882, eldest son of John Hutchinson and Mary Madden, who were married in 1879 at the Catholic Chapel of Kilnalahan Monastery, Abbey. 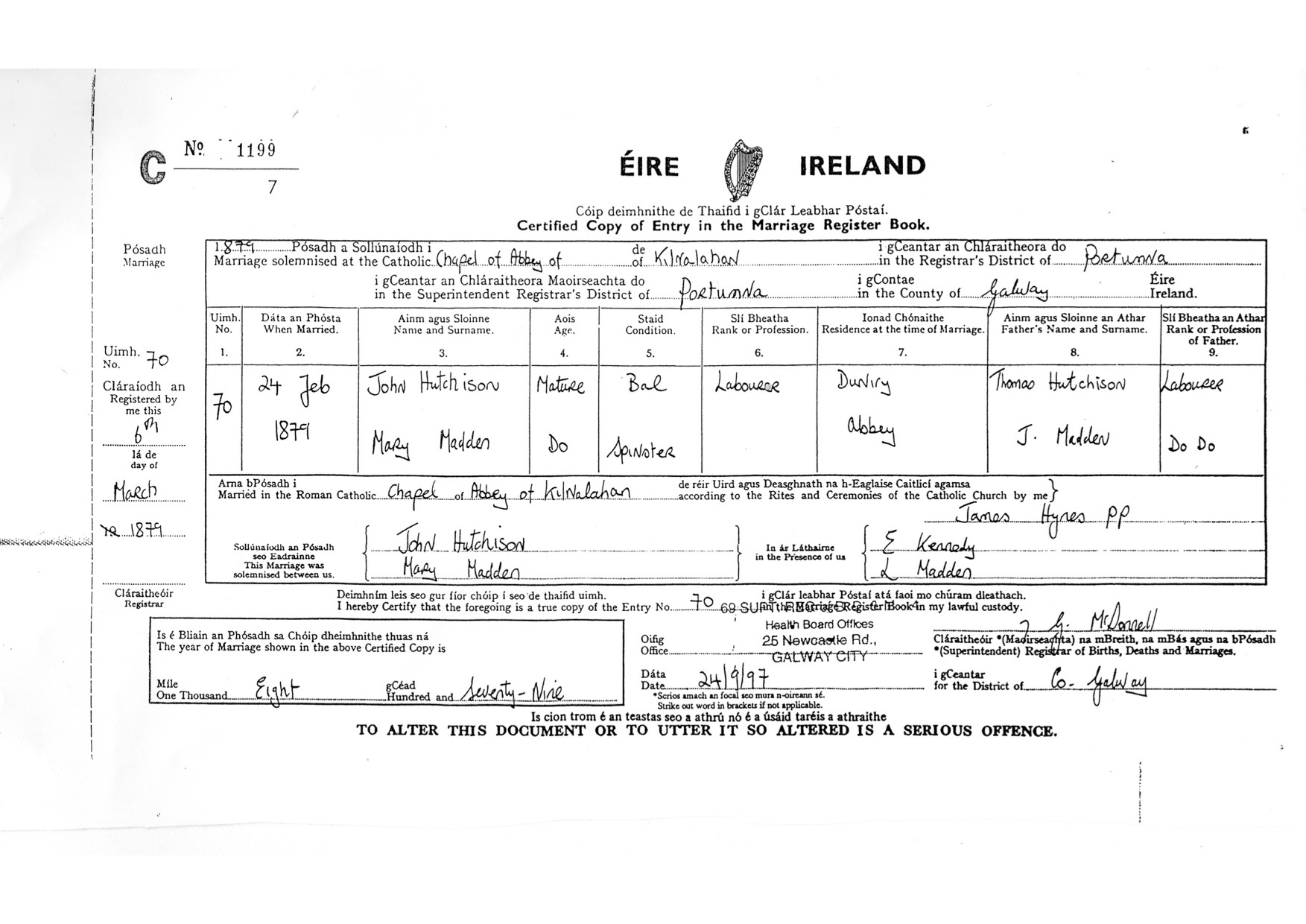 From the 1901 Census of 31st March, Thomas’ occupation is recorded as Postman.  Thomas emigrated to the USA from Queenstown, Cork, travelling on SS Estonia, arriving in New York on 2nd April 1904.

As recorded in the US National Archives, Thomas Hutchinson makes a Petition for Naturalisation on 29th March, 1907 – listed as Age 22, Height 5′ 7″ – stating that he resides at Brookline and occupation Blacksmith.  Perhaps he had been trained by Tim Kelly, Blacksmith in Abbey?  He went on to work in Boston’s expanding Tram Mass Transport and to have a successful career.

Thomas married Sabina Gurley in 1910 in Boston and I am quite certain that this portrait photograph, showing Thomas in his expensive marriage outfit, which I have inherited, and which was mounted onto stiff cardboard so that it would survive his posting it from the USA.  It was sent to his mother and father and grandmother, Bridget Martin, and his younger brothers, Mick and Paddy, and his sister Bridget, my grandmother, who at that time were resident in House 4, Abbeyville, Abbey. 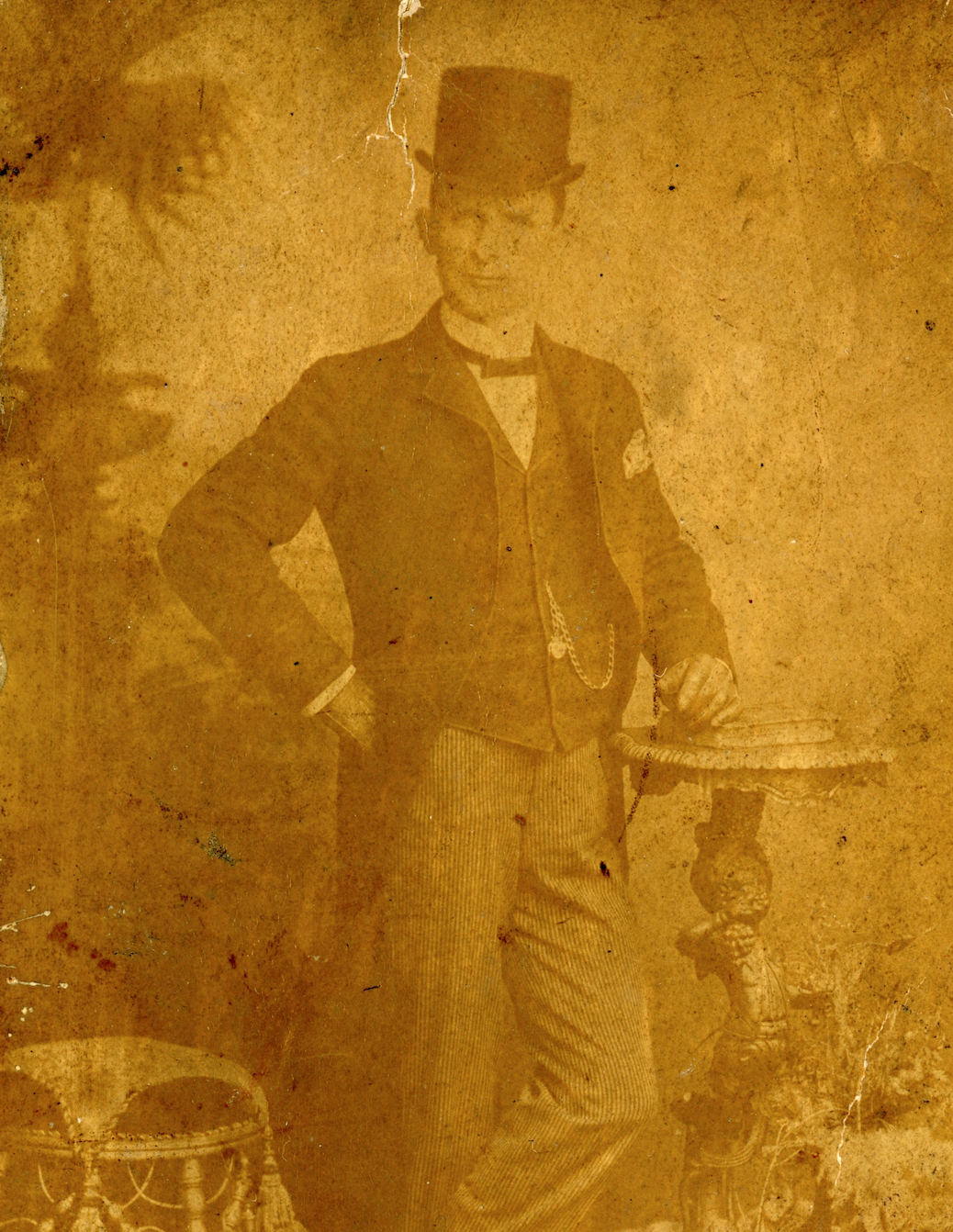