The Diaspora Reunited in Abbey

Cousins keeping in touch with their roots 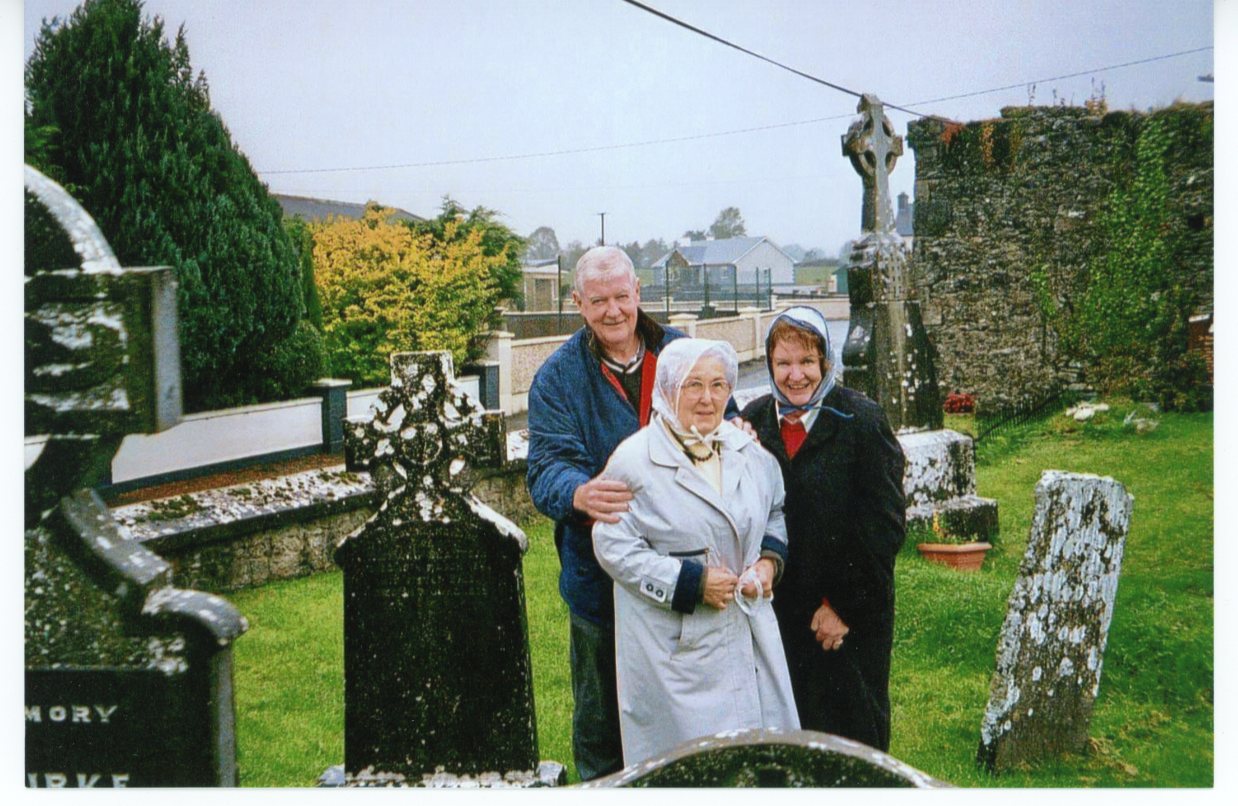 It was Autumn 2000 and just two months later we were back in Galway with our well-organised ‘disembarkation’ which had me waiting with our hand luggage at the foot of the Aer Arran aircraft steps at Carnmore Airport as my mother made her way down.  On her face was a mixture of relief as she stepped off, and joy, as she took in the Irish air and felt the familiar soft rain; home again, with the purpose of meeting her Boston cousins flying into Shannon the following day when we would all meet up in Loughrea.

Cassie, Paul and his wife Rachel were so happy to see both of us.  We had tea in their hotel and the chat included admiration of Rachel’s right-hand gear-shift driving on the LEFT side of the road!!  We shared what my mother and I had received over the years from East-Galway Family History, Woodford and then made our way in the rain to the Hutchinson ancestral town of Abbey.

Cassie worked at Commerce Insurance until she started her family with WWII US Navy serviceman, John F Herlihy.  She was very involved with the Nazareth Child Care Centre and went on with home health care across the greater Boston area.

Paul served in the US Marine Corps 1951-53 and then in the Boston Police Department for thirty two years, retiring as detective.  During his police career he was awarded the Walter Scott Medal for Valour, the Department Medal of Honour and the State of Massachusetts George Hanna Award for Bravery. Cassie and Paul were Michael Hutchinson’s daughter and son.

My mother, Mary Slattery Wright was an NHS SRN for over thirty years, with breaks to bring up her family.  Bridget Hutchinson Slattery was Michael’s older sister and my grandmother and along with the other Hutchinson siblings was born in Abbey.  They have now gone to their eternal reward – may they  Rest in Peace.