You are here: Home>Places>A Facelift for Abbey Tennis Court

A Facelift for Abbey Tennis Court 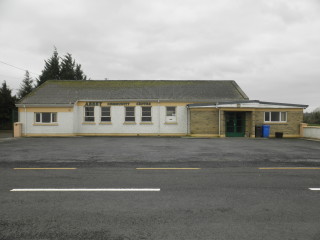 There was great excitement and enthusiasm in the 1980s when Abbey Tennis Court was developed.  The Community Centre had been built and opened in the late 1960s by the local guild of Muintir na Tíre to provide a facility that could be used by all members of the community.  Now there was a need to provide an outdoor space that could be used by the younger generation.  A site adjoining the community centre was an obvious choice and plans were put in place to provide a tennis court for the young people of Abbey.

Local curate at that time, Fr Seán Lyons, himself a keen tennis player and sportsman, actively supported the idea and together with Abbey Community Development Group got involved in fundraising until the idea became a reality.

Young and old gathered at the official opening when a doubles exhibition game was played.  Players were Raymond Lynch, Marcella Dolan, Kevin Larkin and Maria Holohan.  There were the usual speeches and refreshments in the Community Centre afterwards.  Fr Lyons spearheaded the setting up of an official tennis club.  He encouraged the young group of people to elect a club secretary, chairperson, treasurer and to formalise membership.  He drove Kevin Larkin and Maria Holohan to the Bank of Ireland, Portumna, to open a Tennis Club account for Abbey.  Some years later there was a request for professional training as younger members joined so as to develop correct skills.  David Barrett from Loughrea was invited to tutor the new members and to share his tennis skills with the fledgling tennis club in Abbey.  The provision of tennis training was a very popular and worthwhile decision.  Over the years great use was made of the facility and many of you reading this will have happy memories of long summer evenings enjoying a game of tennis and socialising with your friends.

Now nearly thirty years later, a new facility is required and Abbey Community Development Association has great plans for a MUGA, a Multi-Use Games Arena for the space.  The new design by Joe Fallon, of Joe Fallon Designs Dublin, who voluntarily offered his expertise to the project and whose father Jackie hailed from Abbey, was hugely appreciated. 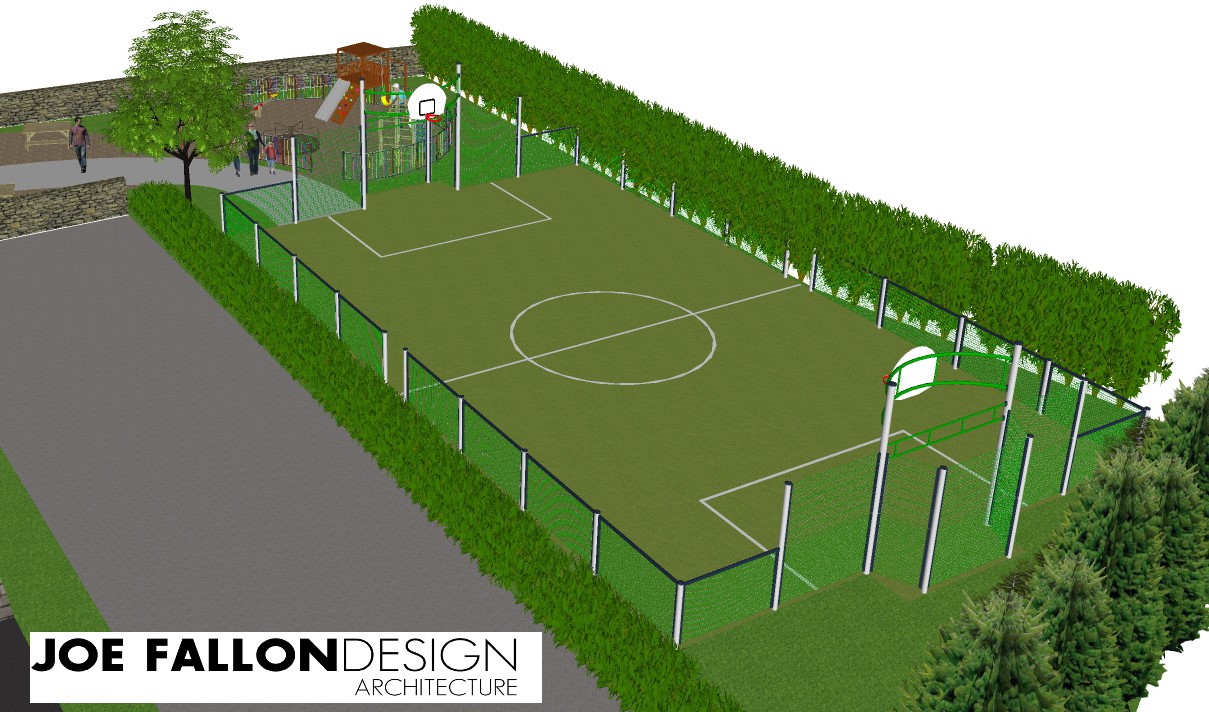 The new development will involve removing the existing tarmac and replacing it with a durable synthetic surface which allows for a multi-sport facility.  This can be used for soccer, tennis, basketball and volleyball and by all age groups.  A new community space for younger children will also be provided to enable them to play safely outdoors.  We know that this will also double up as a meeting place to relax and enjoy a wonderful facility while observing youthful skills in action.

Application has been made for grant aid and Abbey Community Development Association is hopeful of receiving grant support for up to 75% of the project costs.  Fundraising to start Phase I of the development is underway and the target is to raise €15,000 to begin this stage.  Many donations in support of this worthwhile project have already been received.  ACDA very much appreciate donations received from Abbey people no longer living in the area but who are very supportive of the initiative.  To date local supporters have been most generous and the half-way stage of the fundraising target has almost been reached.  If you would like to support this project, you can send a donation, however small, to Abbey Community Development Association, or go to: gofundme.com/abbey-muga-project.

There is a young enthusiastic committee working towards developing Abbey’s amenities to make our award-winning village an attractive place to move to or indeed to move back to, as we work to buck the trend of rural decline.