Strong heritage of growing apples in the locality

The Carthusian Monastery that stands at the centre of the village of Abbey signals the gastronomic heritage of the area.  In researching the duties and daily practices of the Carthusian Monks, there is repeated reference to their production of apple cider and apple liquors.  In delving into the gastronomic heritage of our place, it is clear that a majority of houses have their own apple trees, many of them well established and mature trees that produce very healthy crops year after year.  So there is a tradition of Apple growing in the area, and a tradition of sharing such apples at harvest time. 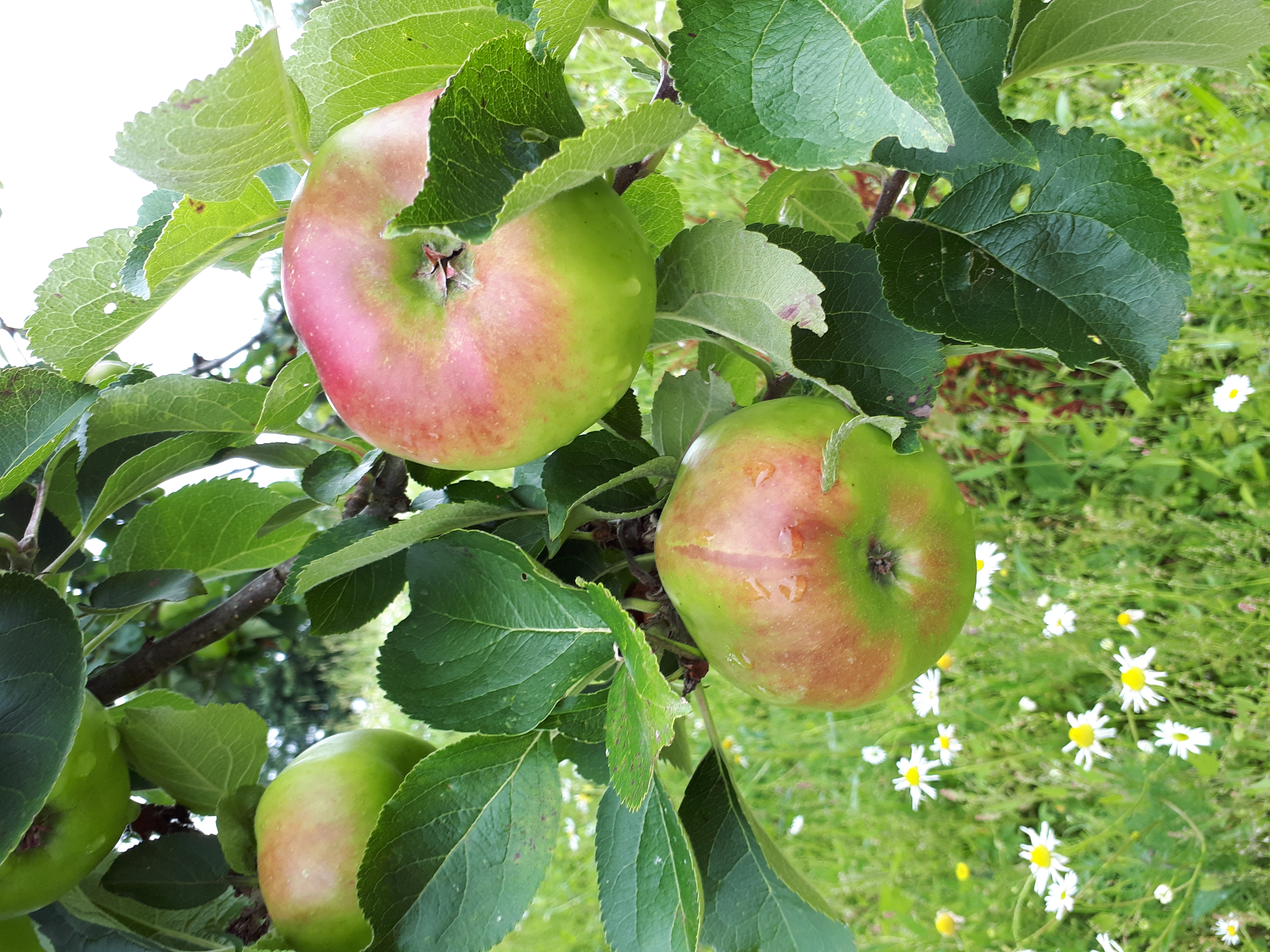 One of the many orchards around Abbey.  Photo courtesy Therese Murphy

Local apples were mostly used in cooking ie baking apple pies and tarts and as a stewed accompaniment to custard and even to pork.  Apple sauce was a regular accompaniment to the meat of the village pig.  When a pig was killed in the village, the various cuts were shared out amongst the villagers.  Our gastronomic heritage points to a time when sharing and community was strong, collective and simply natural to the people of the place.