A treat served on special occasions 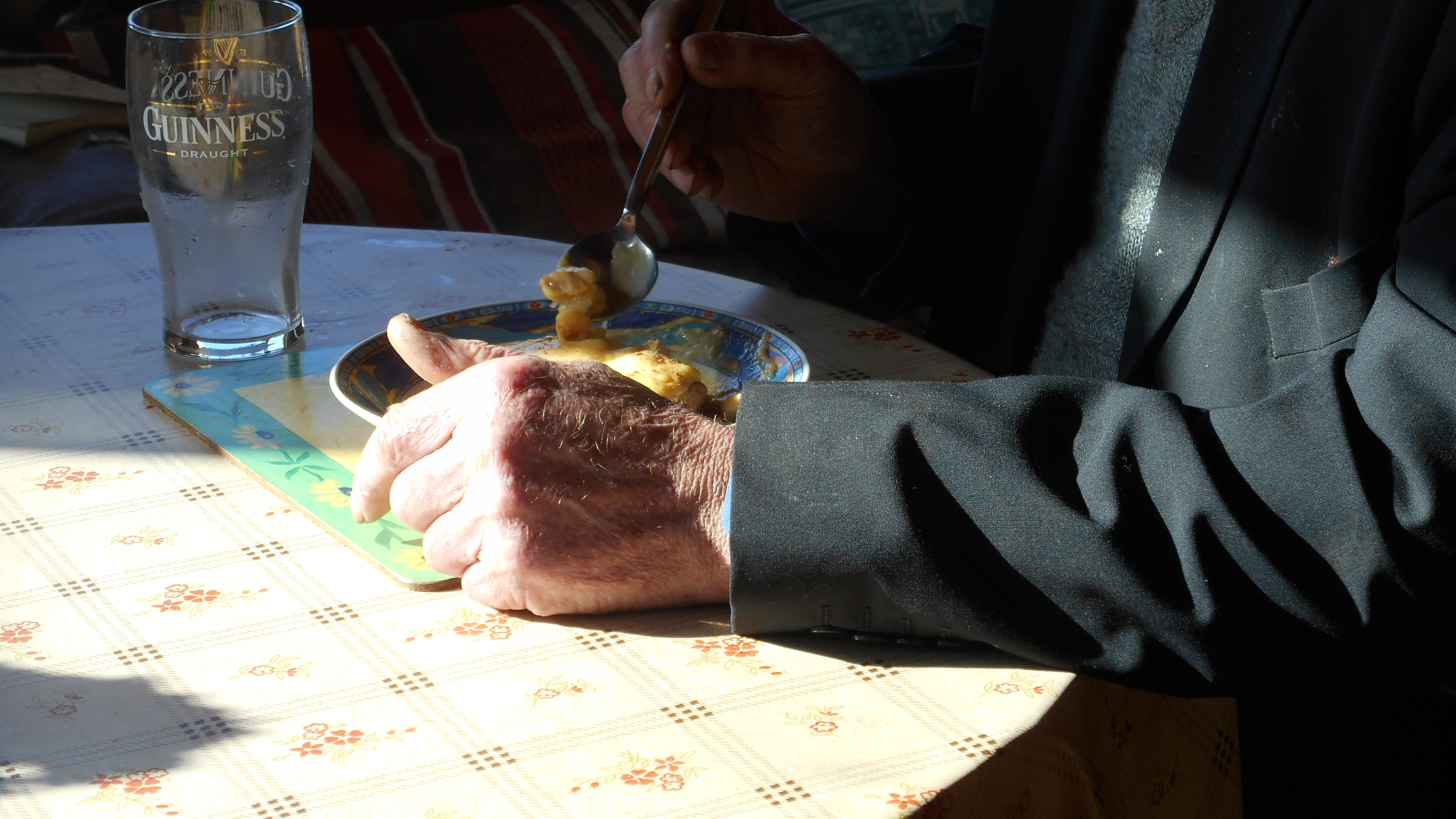 The image depicts the weathered, work-worn hands of a Sunday visitor.  Stewed apple and custard is the sweet for the day when the light of spring makes all it touches seem like new.

The visit reflects the ‘cuairt’ tradition in Irish heritage.  The custard and apple, a nostalgic dessert that even to smell rekindles images from a past childhood.  This image captures many of the symbols significant to a gastronomic heritage in Ireland – the oil cloth on the kitchen table, the custard and apple from a neighbour’s orchard served at the Sunday ‘cuairt’.  The March light illuminates the image of a tradition now passing into the white space of memory.

The Guinness glass that stands by in observance, references the iconic symbol of Irishness that was once an important part of the community.  The pint glass symbolises a culture of the few pints which formed such a fundamental part of Irish society in history.  Two public houses were key parts of the village landscape with the added presence of a ‘Sibín’ at a location near the village Church.  The local pub provided a communal place for drinkers and musicians and really formed part of Irish culture in itself – Guinness brewed originally in Dublin and now sold worldwide.  These houses were corner stones in a rich musical heritage in the Abbey area, which again illustrates the importance of our gastronomic identity in all aspects of our heritage.