You are here: Home>Topics>Food Heritage of Abbey>Local Foods From Long Ago

Local Foods From Long Ago 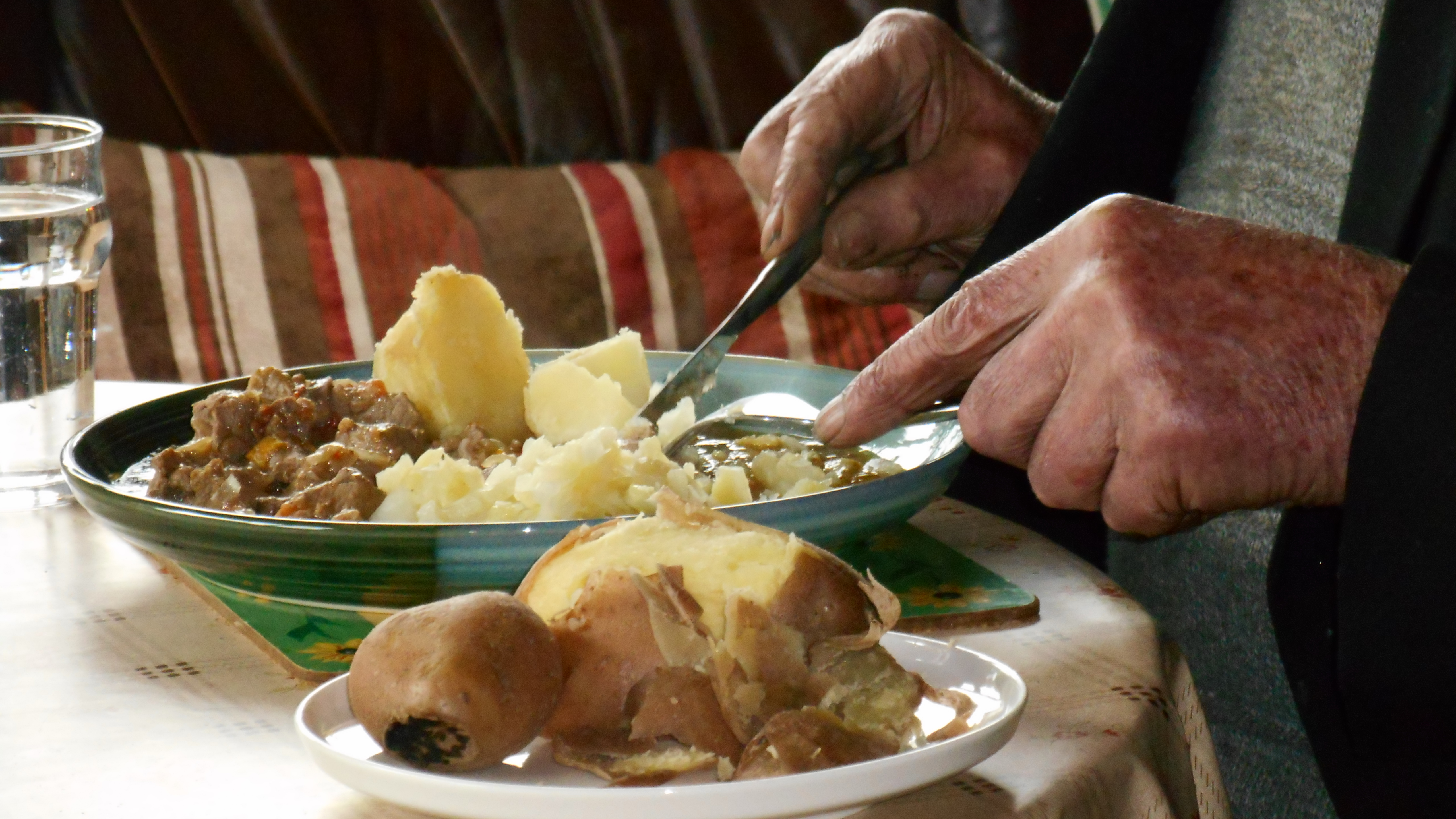 Goody – was a staple often served at supper before bed and especially when a child was sick.  Goody consisted of bread and warm milk with sugar.  In the past it was a way of making a meal from practically nothing.  From a nutritional standpoint this ‘poor man’s pudding’ was a source of vitamins B and D, two vital vitamins in the Irish diet and two that are often deficient in modern Irish people due to our climate and lifestyle.  Patrick Felle used to dish out the goody to locals – “we’d go up there when we were hungry – ah, sure we were always hungry”!

Rabbit – boiled and then roasted with onions, carrots and parsnips was a regular dish from fifty years ago.  Rabbits were abundant and my grandfather, also known as ‘the bird’ used to hunt them and they would then be prepared as above.  Rabbit is a really nutritious food, low in fat and so in times when food was not as varied or processed, natural sources from the wild were common.

Pound – new spuds.  Dairy butter and scallions mashed up, sometimes adding some milk.  The recipe was unique to the cook but salt and pepper were added to taste.

Black Tea – left to stew until it was good and strong.

6-penny Ice-Cream – from Donnelly’s shop in Kylemore – a treat!

Pancake – Flour, Milk and Egg mixed to form a thick batter, made in the pan as a thick pancake to fill us!

Fried Turnip – for taste “to put a tashte on it”!

Mushrooms – from the callow in Kylemore.  August and September memories, putting the mushroom on the top of the range and pouring the salt into the mushroom.

Plums – still abundant in our landscape, were used to make jam.  An annual pilgrimage was made down through the fields and callow to gather the plums.

These are just some recollections as we chat about recipes of old and recall how Mama (Bridget) could, like most people that time, make a meal from nothing.  It calls to mind the proverb – “Is maith an t-anlann an t-ocras’ – ‘hunger is good sauce’!