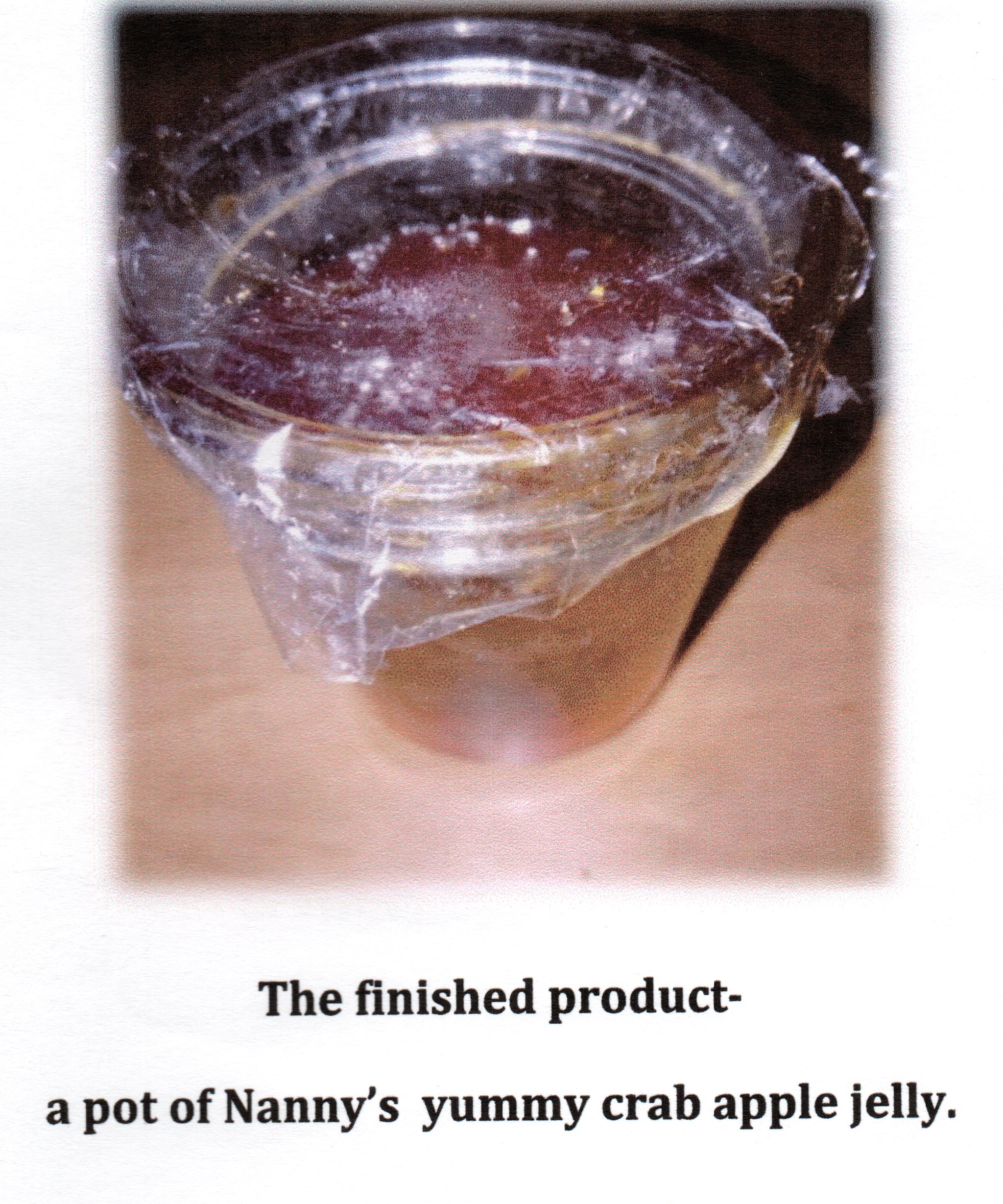 Jam making was very popular when my grandmother was growing up.  She told me about the times they picked the crab apples which grew on the wild trees near the bogs or on a laneway.  They gathered them in a basket make of rushes.  They pulled the rushes after the brown flowers appeared on them and the older people would weave the baskets.

Rose hip jelly was also made and the children would be sent out to pick rose hips from the wild rose bushes.  These recipes were collected by my grandmother from a magazine which dates from the 1950s.

They also made blackberry jam and rowan jelly.  They would strain the berries through a special cloth called muslin.  It was like a mesh.  They would turn a chair upside down and tie on the muslin to the four legs and put a bowl on the underside of the chair to catch the juices.  When the jam was setting it would be put into a special jar and left in the pantry.

My grandmother still makes plum jelly and crab apple jelly.  Last Autumn I helped her to pick some plums and crabs for the crab jelly and I enjoyed it. 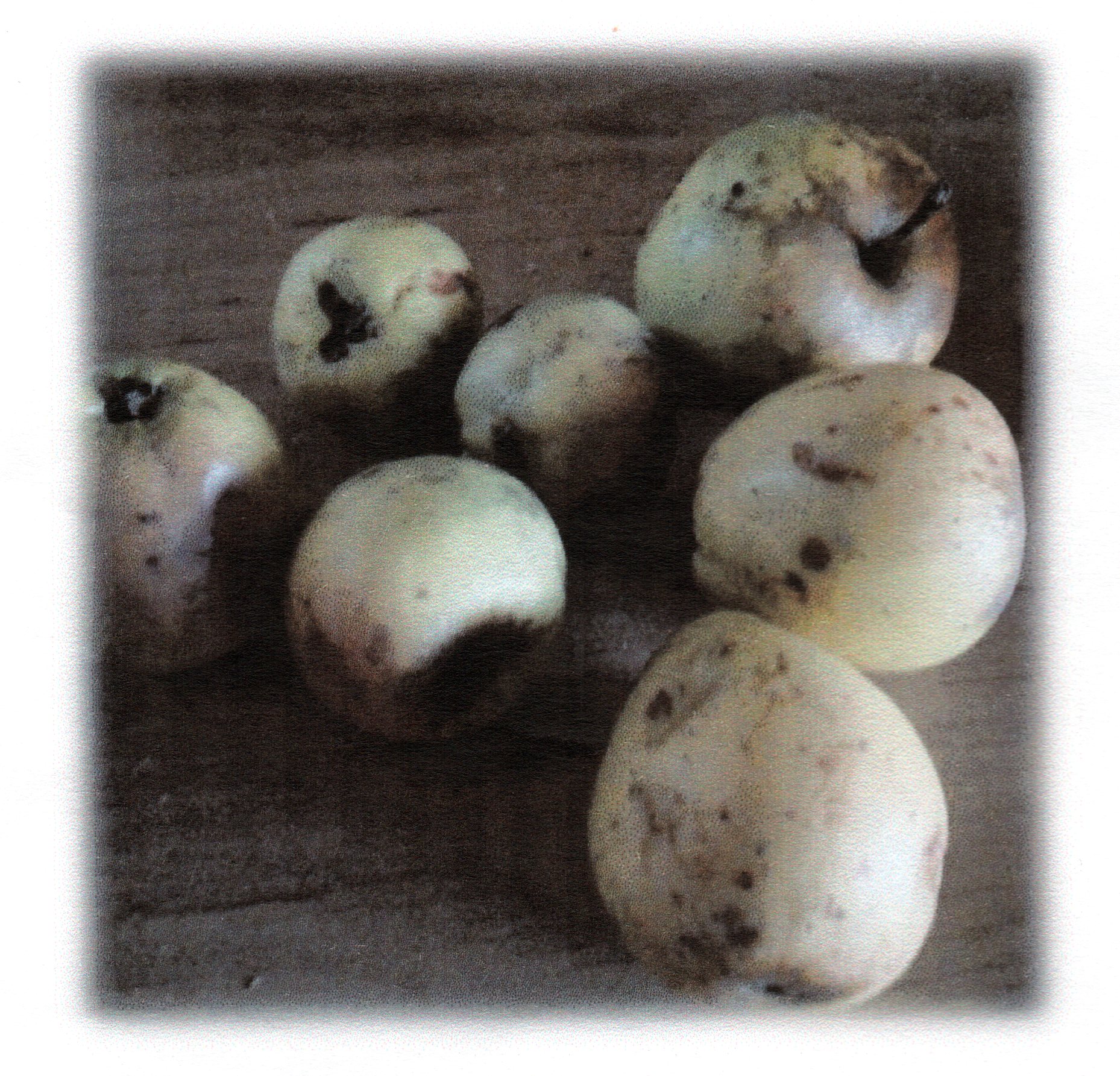 Some of the Crab Apples we picked that had fallen from a tree that grows at the end of Nanny’s lane.