A popular dish on family menus 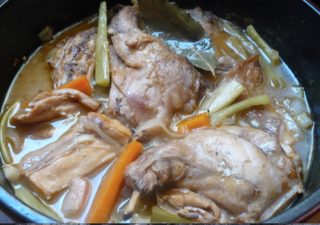 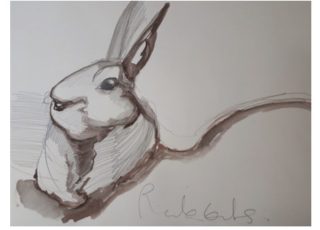 In oral tradition, there are stories of a very healthy rabbit industry in Abbey especially around the townland of Conicare where there is evidence of a rabbit warren – a Coneygarth – which gives the area its name.

Families throughout neighbouring Kylemore recall the perpetual presence of the rabbit at dinner time. These creatures were so abundant that they became an obvious and accessible food source during times when families were not wealthy and meat was not necessarily a daily staple.

One local family recalls the Rabbit Stew, which was made using a fresh rabbit from the callow in Kylemore. The catch was initially hung from the kitchen door to allow the meat to tenderise and then having been prepared, the rabbit was first boiled and then finished in the oven with carrots, onions and potatoes similar to Irish stew.