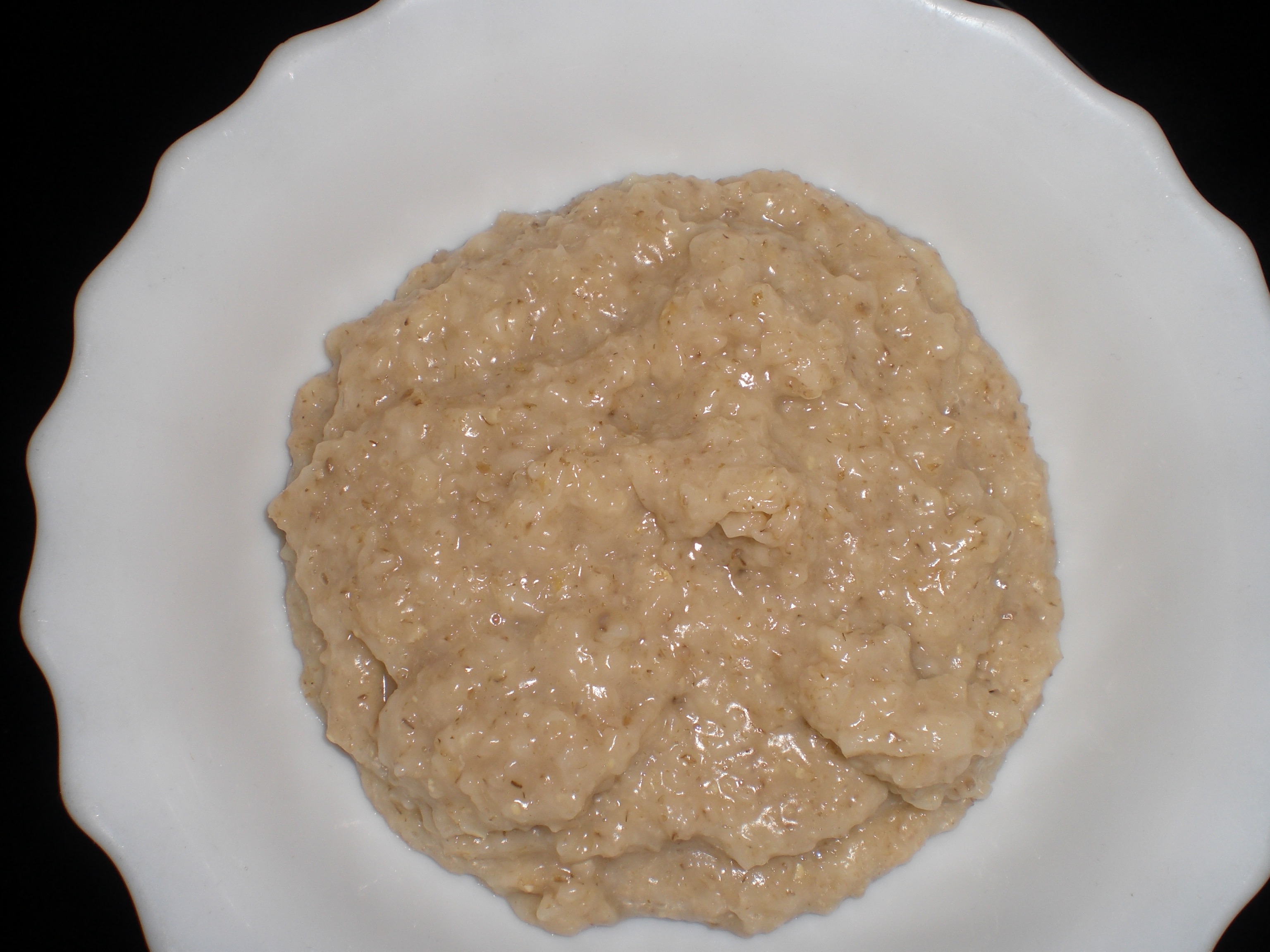 My great grandma was from Ardrahan, Co Galway.  She was born in 1917.  She went to England when she was 17 as times were very poor in Ireland.  She had four sisters and six brothers so she was one of eleven children.

Her recipe was 1 cup of oats, 2 cups milk and 2 pinches of salt.

Put in a pan and bring to gentle boil until thick and all oats absorbed milk.  Add milk to bowl when serving and a sprinkle of salt.  My great grandma would add salt to porridge and sugar to soup!  It was something her mother would also do.