Darkness was closing in on Abbey, and another day had passed. But the multicoloured lights brightened the night sky and there was more activity than usual around the little South Galway Village.

Parishioners were gathering in good numbers and stood around chatting in groups. An 11-year-old ambition to have a community centre had become a reality and there was good reason for the parishioners to rejoice on their achievement.

Soon a long black car slowly moved up to the door of the splendid new building and looking surprisingly fresh after a long day of engagements, Dr Thomas Ryan, Bishop of Clonfert, stepped out. Twelve minutes later he invoked God’s blessing on the new centre and then he spoke glowingly of the sacrifice and the difficulties that the parishioners of Abbey endured to provide the new community centre.

I was impressed by his wonderful praise for these people and as a concert and social got under way I was looking behind the scenes at Abbey as a parish. A guild of Muintir na Tire was formed there in 1956 and their first ambition was to build a centre around which they could build a happy community.

I talked to the officers who come mainly from the agricultural sector. There’s chairman, Michael Dervan, who was a founder member of the guild and farms 28 acres, concentrating on cattle, tillage and sheep. He is a member of the local NFA branch. John Donnelly, one of the young farmers of the district is secretary and he helps to run the 80-acre family farm with his father. John is also a member of Killeen Macra na Feirme and for recreation enjoys the activities of the athletic club and local GAA club. “The greatest need we had in the parish at that time was a centre. For development of any kind we were terribly handicapped, for we didn’t have a centre of any description.  So we set about it immediately to get funds for a centre” they told me. 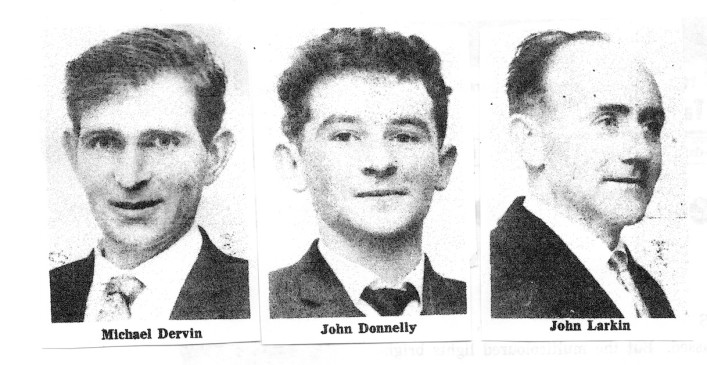 The contract for the new centre was £8,000. A site cost £200 and with furnishings it will bring it up to £10,000. This was all collected in the parish.The amenities at the centre provides for educational and social activities. In addition to a spacious hall, there is a fully equipped kitchen and a supper room which would also serve ideally for committee meetings. On both sides of the stage are dressing rooms. Already the hall has been put to good use as a school for farmers, with agricultural classes being conducted there by Michael Cullinane, BAgrSc, Portumna. 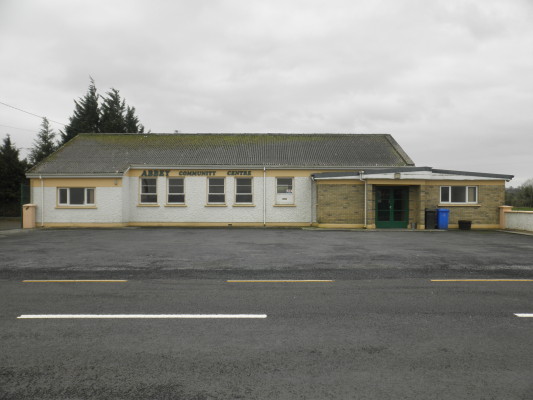 The fifty homes in the parish will soon have a piped water supply through the group water scheme under way, which will be completed within the next year. “We did have a problem at first, a source, which is very important,” Michael Lynch explained, “now at Wellpark we have found three wells and by mostly voluntary labour we have succeeded in diverting the streams from the three wells into one which gives an output of 40,000 gallons a day, which we hope will be sufficient.” The cost of the scheme will work out at around £40 per household, which appears quite reasonable. They intend to employ a contractor to do the trenching and laying of the pipes and only a small amount of voluntary labour will be used in this part of the scheme. Very much behind the work in the parish are Very Rev Fr O’Reilly PP and Rev Fr Fahey CC.