You are here: Home>Topics>My Days in Abbey Primary School

My Days in Abbey Primary School 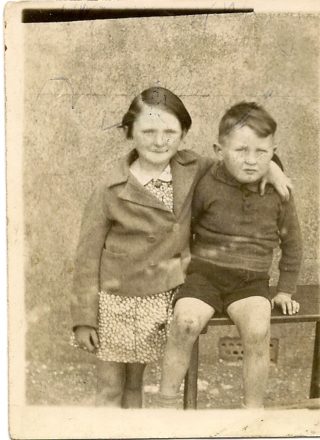 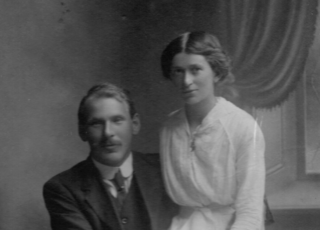 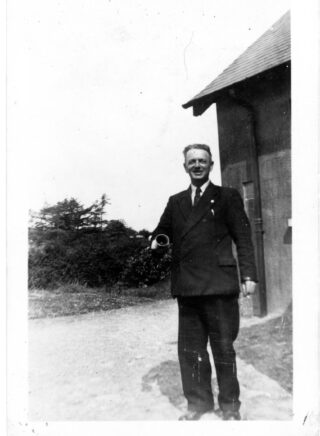 Years before Johnny Cash became famous for ‘Walk the Line’, young girls and boys from Tomany, Ballinagar, Barnaboy and Lower Abbey were, every morning, walking the line – ‘The New Line’ on their way to the nearby Abbey Primary School.  At the same time, pupils from Abbey, Abbeyville, Ballygowan, Lacken and Easterfield could be seen on Coy’s Hill.  The Coolfin children made their way by The Quarry, running from stile to stile, as if in competition with pupils from Kylemore and Conicare.

Older people live off grandchildren and memories but grandchildren go home; memories of school are then forefront.  Perhaps because I had run home on my first morning at school, and had been welcomed back within the hour, I have a special warmth for Abbey school.  Here, I again renewed company with my roof-like slate and chalk and got to know about the alphabet, numbers and everything else appropriate to infants.  Gradually we would learn about sums, counties, national history, the Irish language and our catechism.  The big catechism confirmed what we had learned in the small green one, that we were created in the image of God, to know, love and serve Him on earth and later see and enjoy Him in Heaven.  All this bulging curriculum was ours, as we tried to get to know the personality of the boy with whom we shared our desk and inkwell.  We moved up to the senior classes, became familiar with algebra and geography and by the end of sixth class we thought that we were ready for any challenge that the world could present.  We had read about World War II, experienced the resultant rationing and shared the toil associated with the farming of the time: hadn’t the Carthusians motto headlined that ‘the world was always changing, while the cross was stable’?

In Abbey, we knew that man was body and soul, a body that required exercise; this could be found in hurling, daily hurling and if possible before, during and after lunch.  With this commitment to hurling a pupil could temporarily forget the privilege and value of education.  However, there were reminders: one morning on Callanan’s hedge near the school, there were two children from the travelling community, sleeping on straw mattresses, open to the sky.  They had no school that day or any day.  Such a view generated long thoughts and fewer complaints.  Closer to home, I know that my grandaunt could not read or write.  This carried huge limitations and had to be hidden for life.  No special needs assistants, no remedial education, no phonics during her schooldays, but many absences due to work requirements at home.  We were privileged children in the Abbey school of the forties.

Later we would find that we could hold our own in any school setting or working environment at home or abroad.  We can now salute with gratitude the teachers who pioneered the way and contributed so much to our all-round development and wellbeing.  Mr and Mrs Power, Mr Fahy and Miss Conheeney come readily to mind from my years.

Some of our education was outsourced, off campus.  We would not have known much about plays and films if we did not have the opportunity to see a visiting drama group present ‘East Lynne’ in Michael Lynch’s field, or later, when a black and white movie entitled ‘Rex and Rinty’ was shown in Abberton’s field opposite the school.  This was serialised and required nightly return at four pence per night.  I had earned the fee by picking potatoes, another popular source of income was by picking stones in a newly seeded field but without the gratuities received when sharing meats from a newly-killed pig, a schoolboy’s pocket money wouldn’t make much noise.

We loved the hurling and a few from the school, like Paddy Conroy and Gussie Larkin (RIP) went on to gain county honours.  We had minor injuries and nosebleeds.  Our cure for nosebleeds was almost instant – a first responder would run to the main school door, extract the large iron key and apply it to the back of the neck of the victim.  Girls did not then play camogie but within the curriculum, excelled in their pursuit of crochet, knitting and embroidery.  I believe that some helped our mothers and grandmothers in sewing saddle pieces to our short pants and elbow pieces of newly-turned cloth to our sleeves.

Quite a few of my classmates have now gone home.  May they rest in God’s peace and may all past, present and future pupils of Abbey School eventually join them on eternal scholarship.