A Day To Remember

There was a huge positive and supportive response from the local community when word was circulated that St Feichin’s National School, which opened its doors for the first time in 1922, was planning a celebration on Friday 20th May 2022 to mark its centenary.

The school Principal, Ms Maria Burke, the Teachers and other school staff members, and the Board of Management, under the Chairperson of Ms Margaret Burke, combined to set in motion the initial plans for this important occasion.  Members of the Parents’ Association came on board with great enthusiasm and ideas and suggestions were shared resulting in the setting up of a Centenary Committee to oversee proceedings and to ensure that all agreed actions were implemented.

The work at the planning and implementation stages was so effective that when Friday 20th arrived everything was in place to welcome the large crowd that arrived to join in the celebrations.  Past and present students, their families and friends and everyone in the community had been invited.  One special guest was Vincent Conroy, a past student of the school, who himself had celebrated his 100th birthday earlier in the year.

The celebrations began with the Eucharistic Liturgy celebrated by Bishop Michael Duignan and con-celebrated by Fr Séamus Bohan, Fr Brendan Kelly, Fr Pat Conroy and Fr Kieran Danfulani.  The participation of the present students of the school in the readings, prayers, singing and music greatly enhanced the liturgy.  After Mass there were various speakers and speeches, all paying tribute to those who had contributed over the years to steering St Feichin’s to the modern and well-equipped school that it is today.  Mr Joe Connors, acting as MC for the afternoon invited everyone to partake of and enjoy the varied and delicious spread of food that had been set out in the adjoining marquee and afterwards to circulate around the school to meet former students and to renew friendships and so bring back memories of days gone by.

The afternoon concluded with a lively music session for those who could tear themselves away from the classrooms where there were many displays of photographs, school records and of course the inevitable roll books from years gone by that proved of monumental interest to former students who searched to see if they could find the names of parents or grandparents!

All who attended were loud in their praise of all the work that had been done by everyone involved, to ensure such a successful and memorable occasion.  A Special Commemorative Booklet was distributed to everyone who attended and further copies are on sale in the local shop. 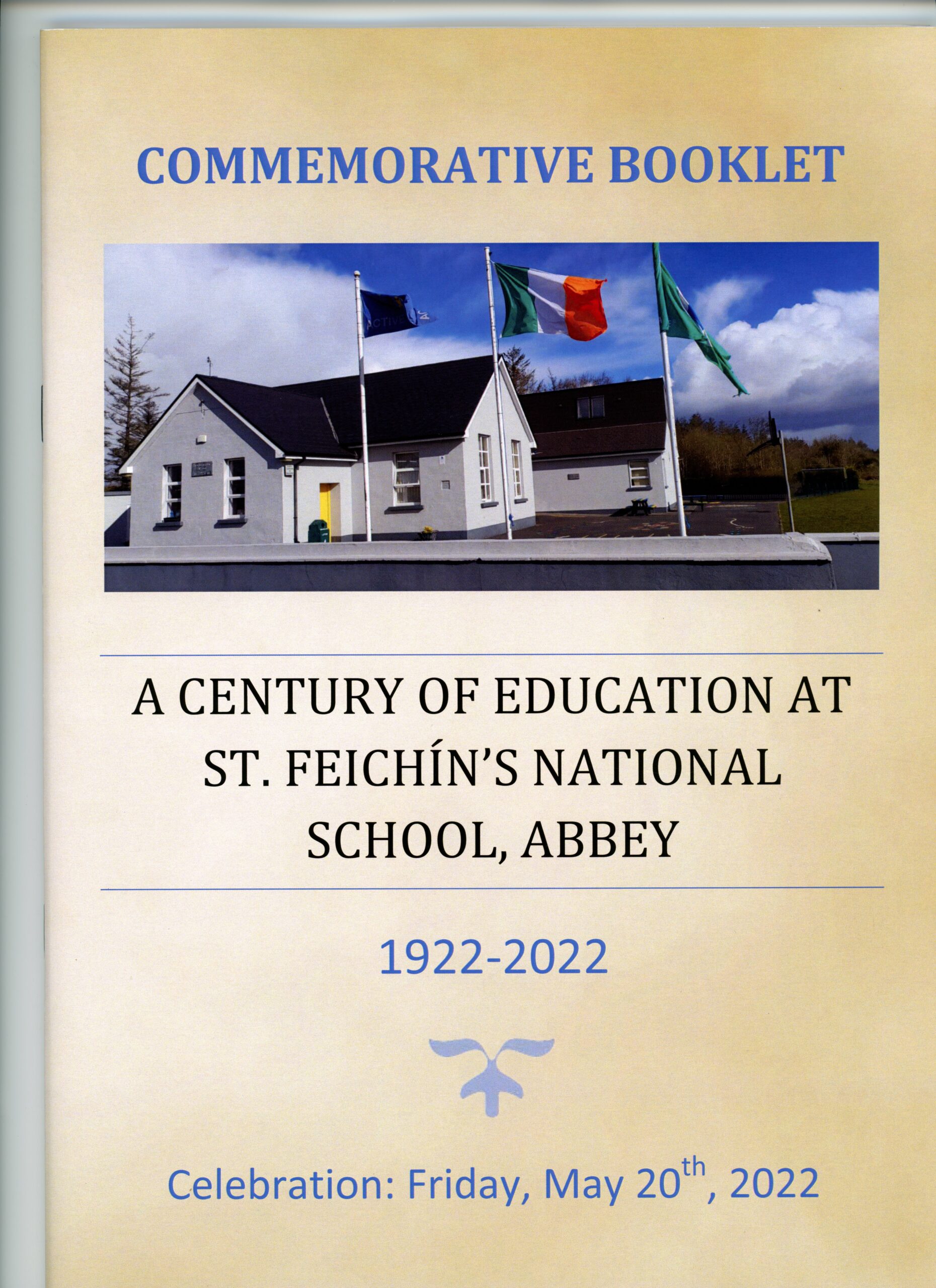