As is evident in the Centenary Booklet published on the occasion of the commemorative celebrations to mark 100 years of education at St Feichin’s National School, many stories from the past were recalled and shared.  Photographs too of past pupils and activities emerged and some of these will be published in due course.  Not everything received found its way into the booklet as the deadline for publication may have passed, but everything sent to the school was gratefully received and appreciated.

Among the items received were samples of schoolwork/homework undertaken by a student, Kathleen Abberton, in 1919 and 1920 when she was a student in Mr Power’s classroom.  These exercises, completed over 100 years ago were on display in St Feichin’s at the centenary celebrations!

We are grateful to Tom Keane, Cork, who attended this school in the 1940s for sending us these examples of his mother’s schoolwork/homework in 1919 and 1920 when she was a pupil in Abbey school.  Her teacher at that time was Mr Power.

The Irish piece below is a sample of the Seanchló or Old Irish with pre-caighdeán spelling that was taught in our schools right up to the 1960s.

When the Irish language was revised, teaching changed too and the Cló Rómhánach became the standard that we are taught today. 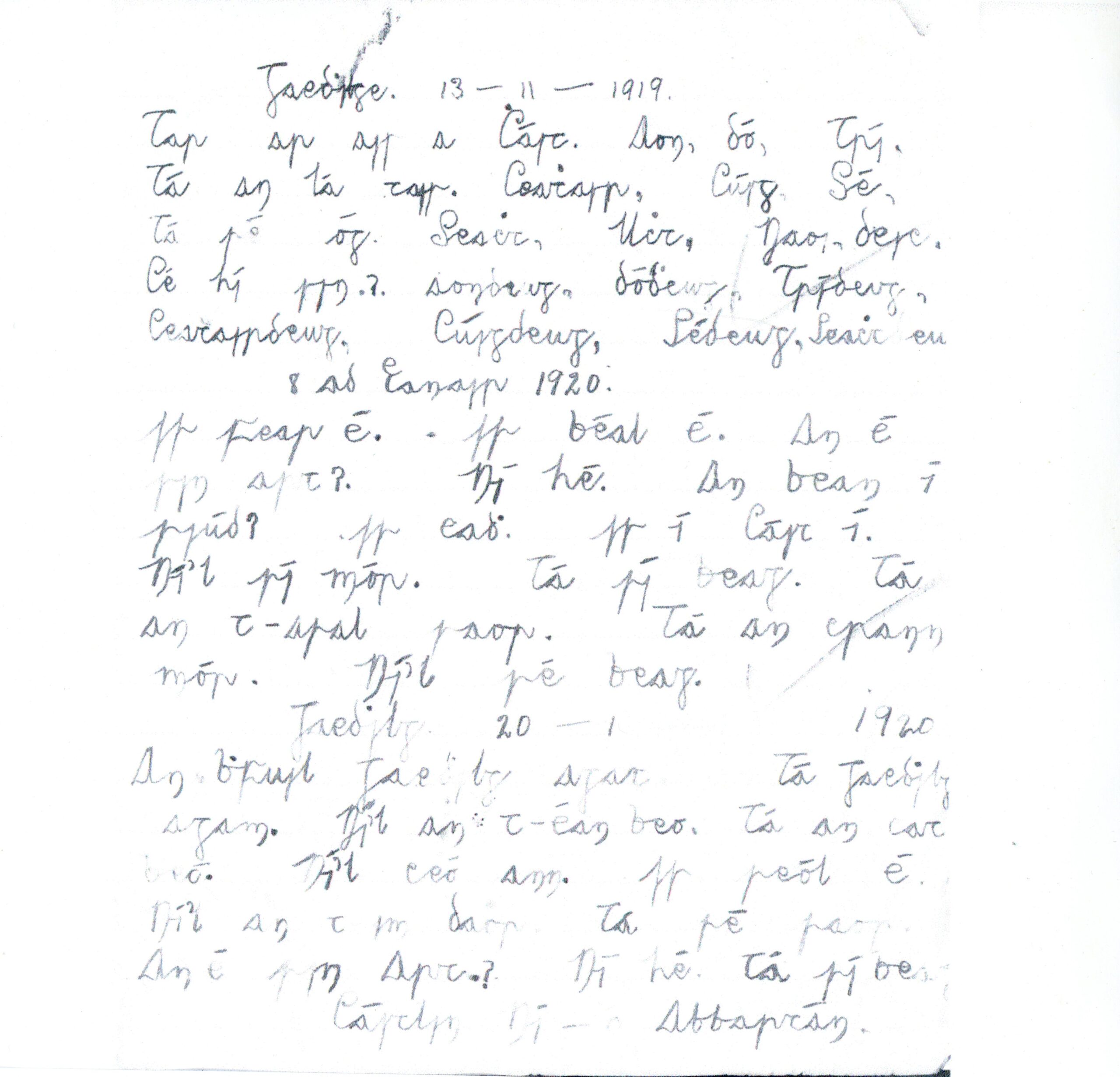 Gaeilge – A sample of the ‘Old Irish’ as it was taught in 1919 and 1920 – difficult for today’s students to read.  Courtesy: Tom Keane, former student. 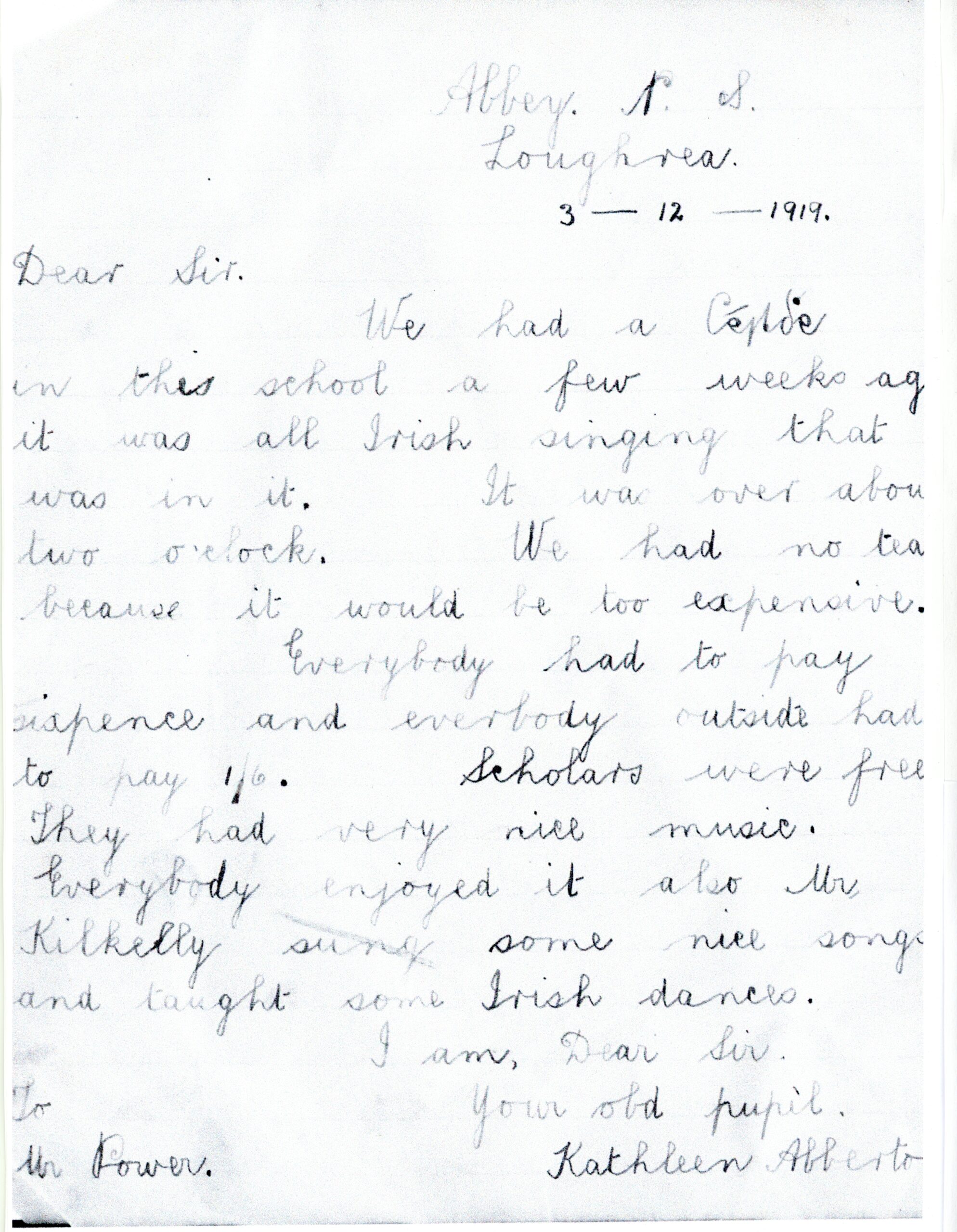 This description of a Céilí in the school was written on 3rd December 1919.  Courtesy: Tom Keane, former student. 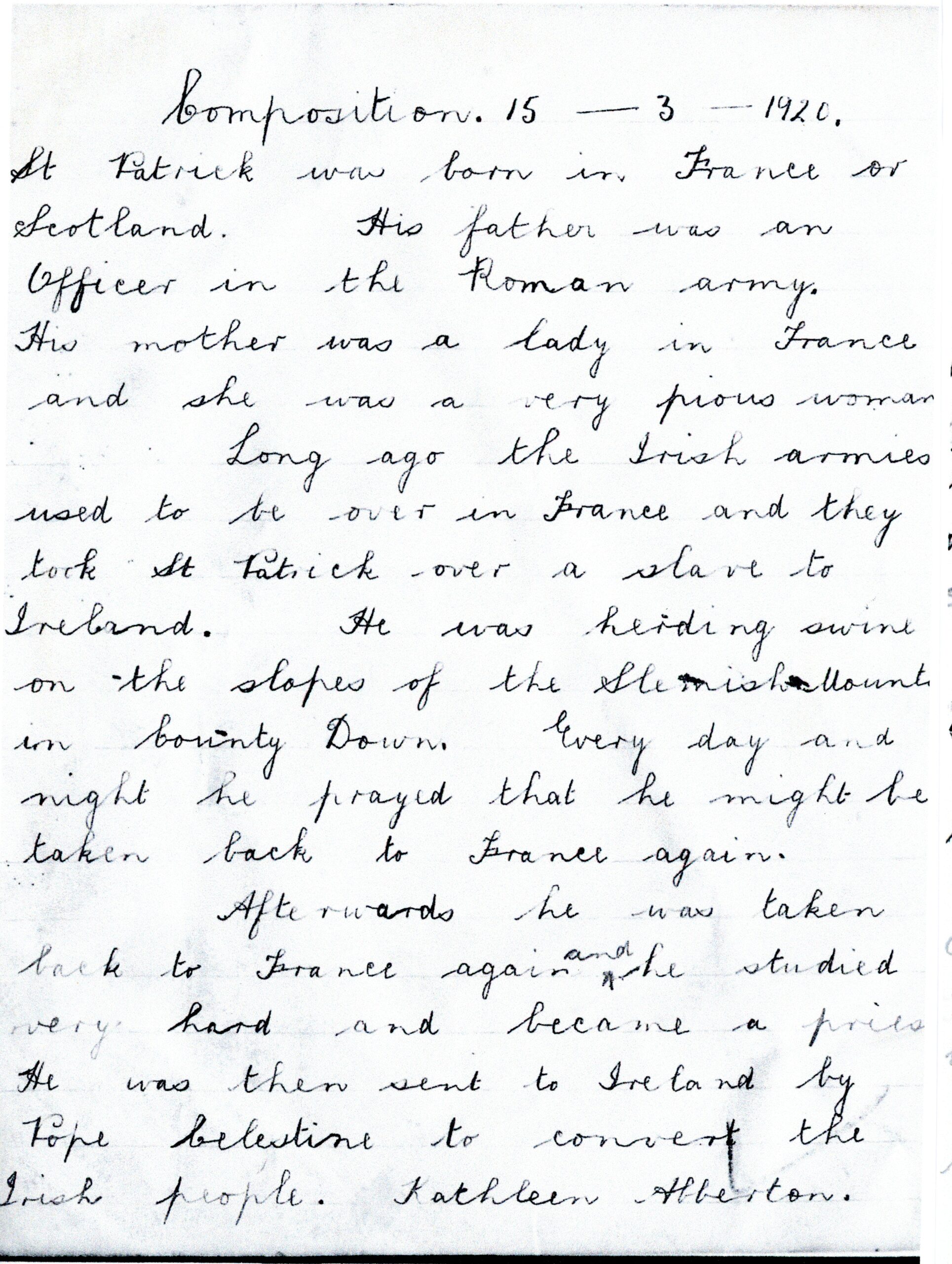 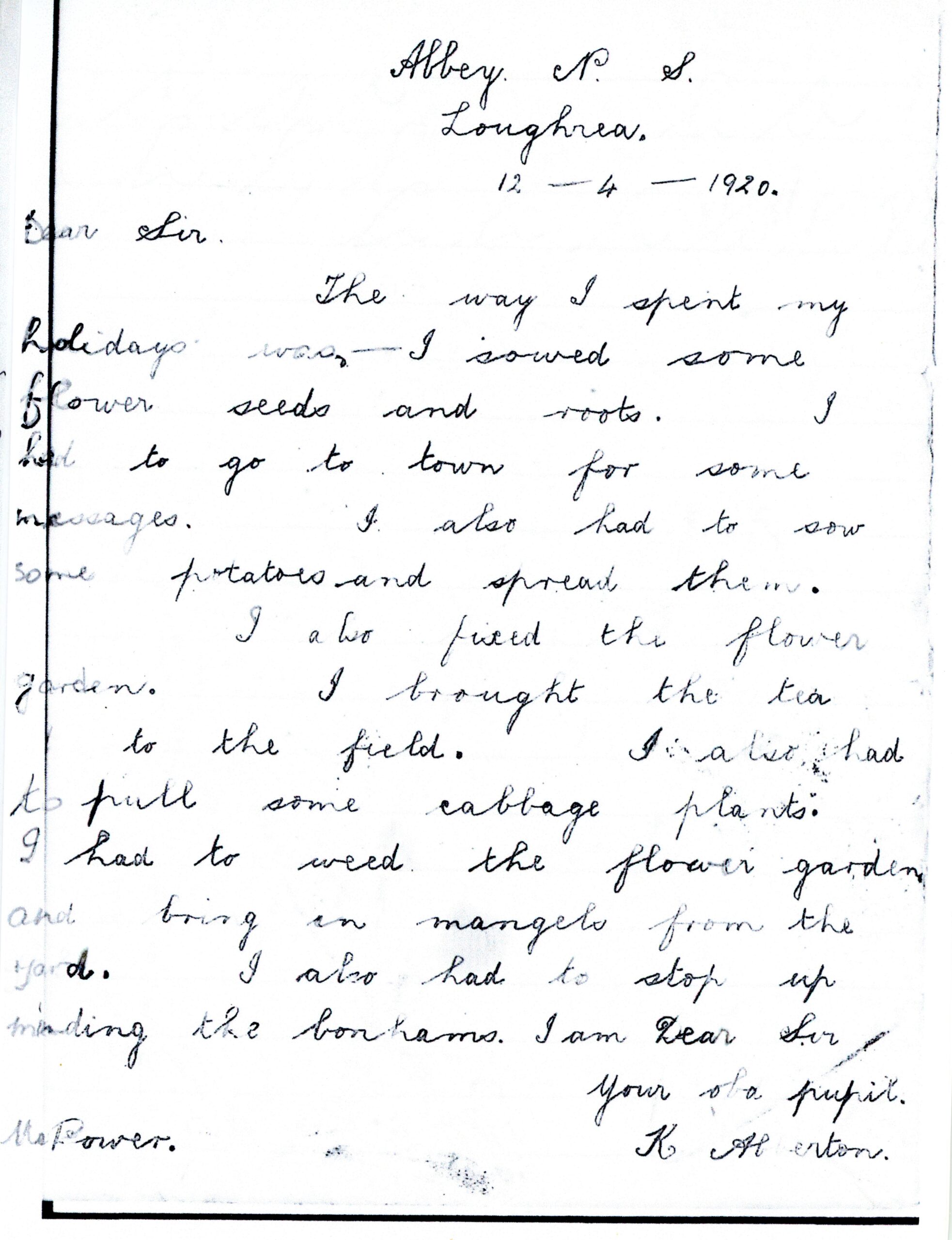 Letter on ‘How I spent my holidays’ was written on 12th April 1920. Courtesy: Tom Keane, former student.